Could it be argued that if the Chinese revolution seems to be a response to the needs of rural society, whereas the Russian is an urbanized phenomenon, this difference corresponds to that which exists between the users of two different forms of written communication, the one archaic, the other alphabetic? 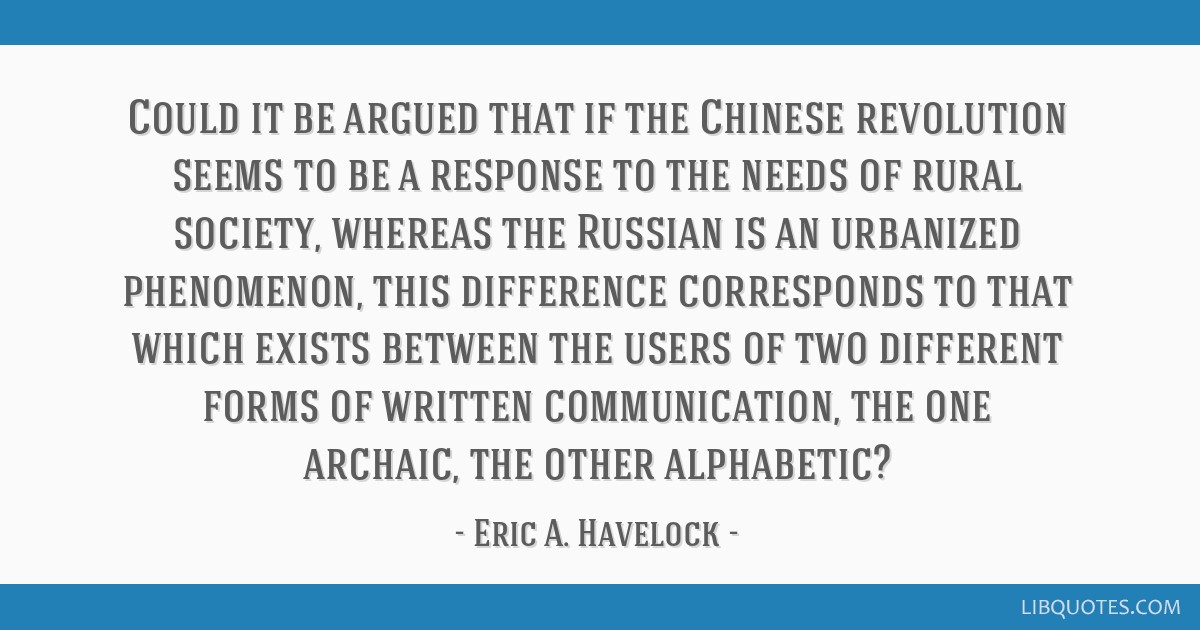 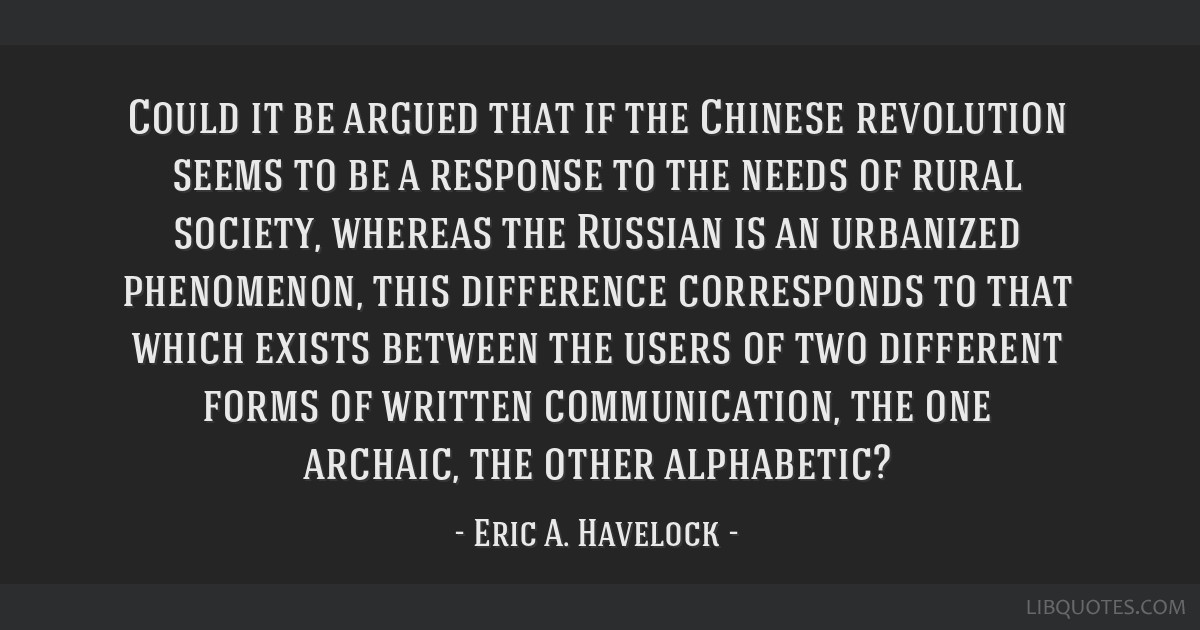 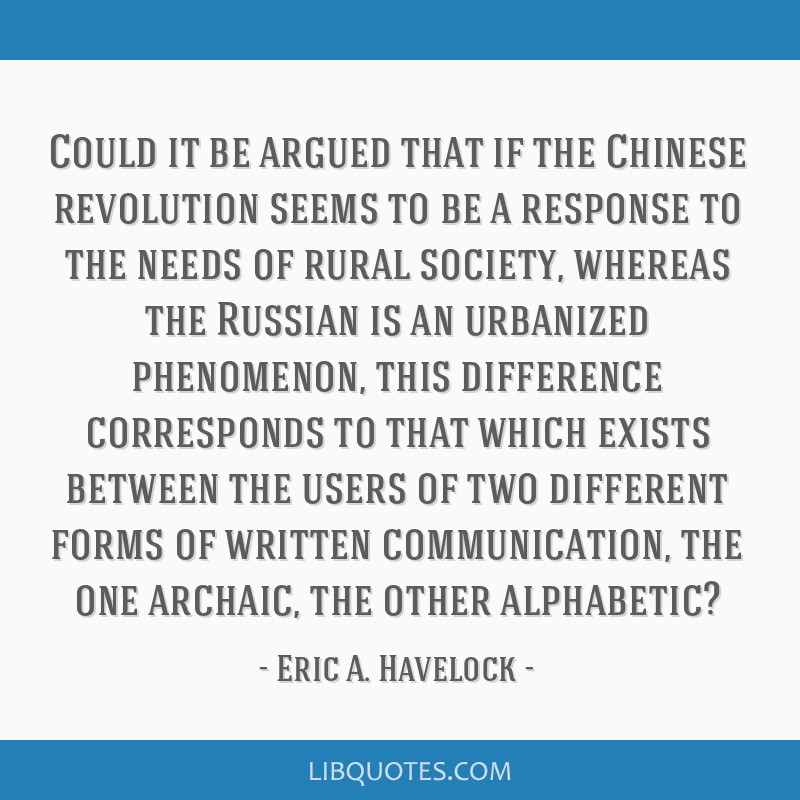 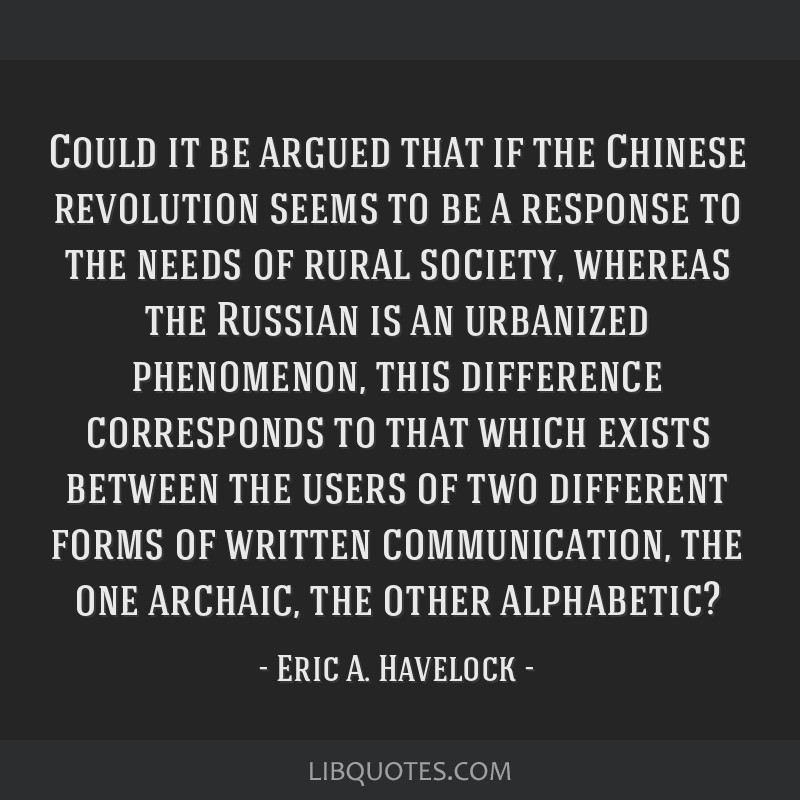