Speech is an acoustic reality, writing a visual one. Performance of the former has been perfected through a million years of natural selection in the evolutionary process. The latter is a trick which we began to learn only yesterday (in terms of evolutionary time). To "hear" language (and to "say" it) is programmed in our genes; to "see" it (and "read" it) is not. 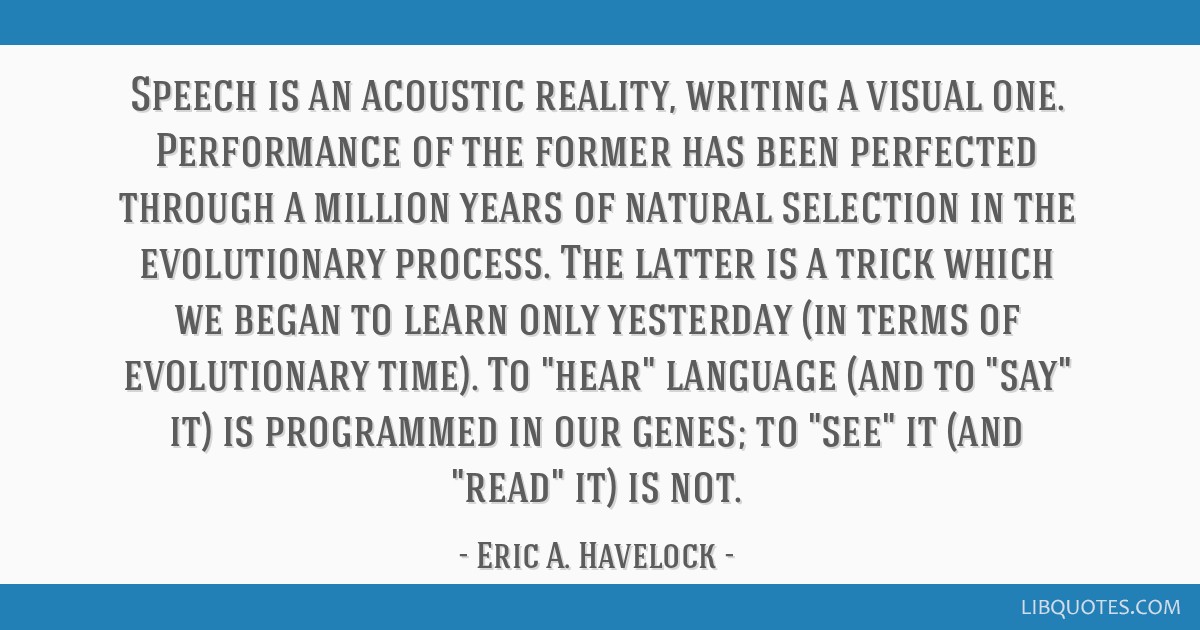 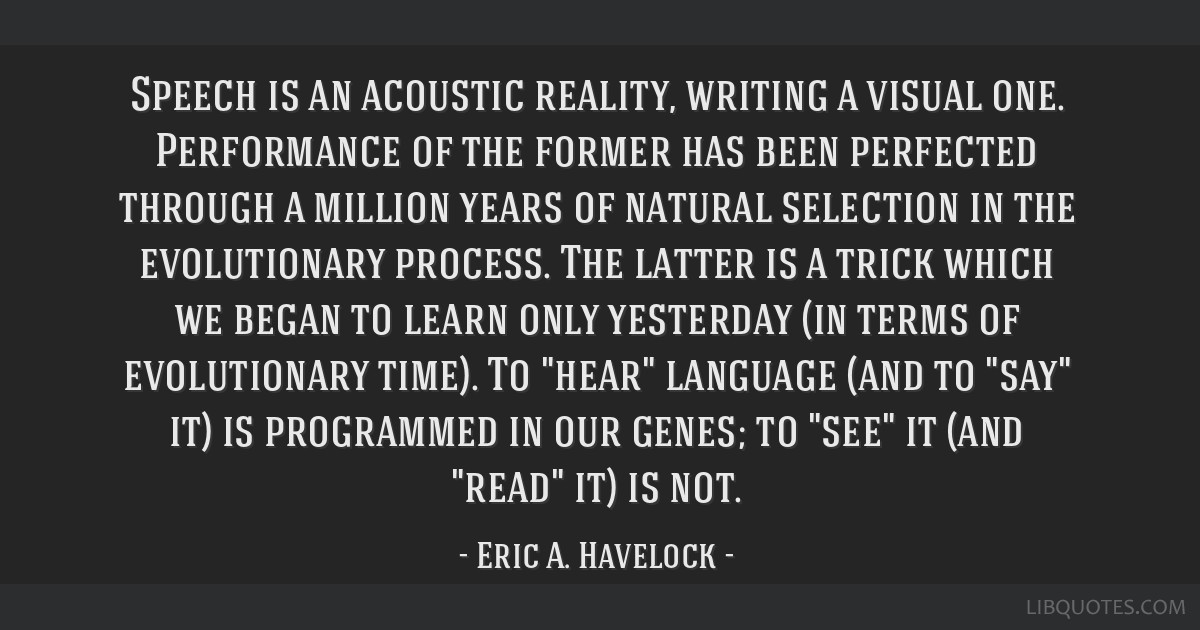 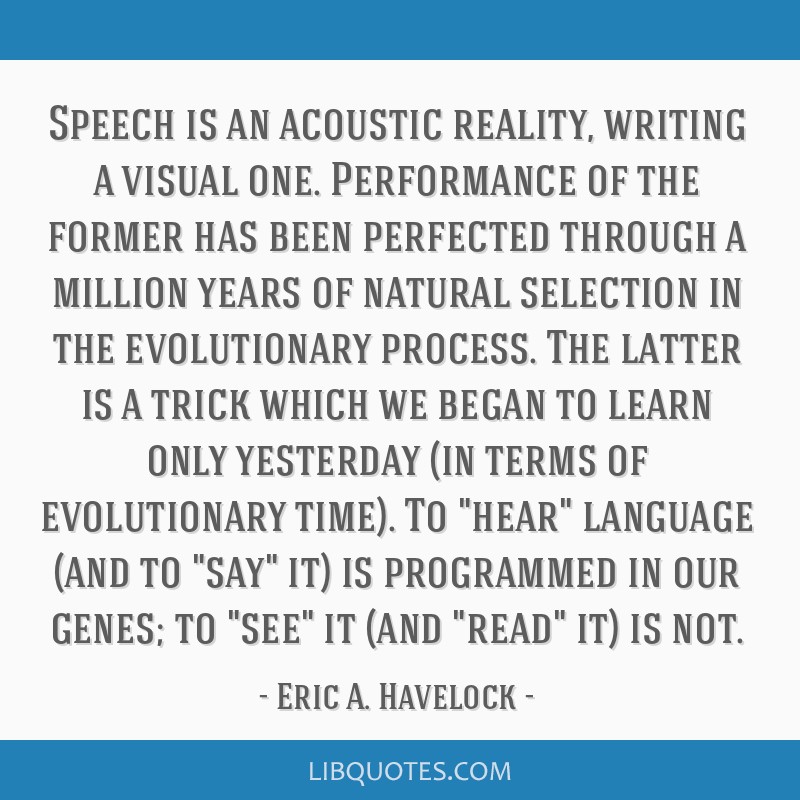 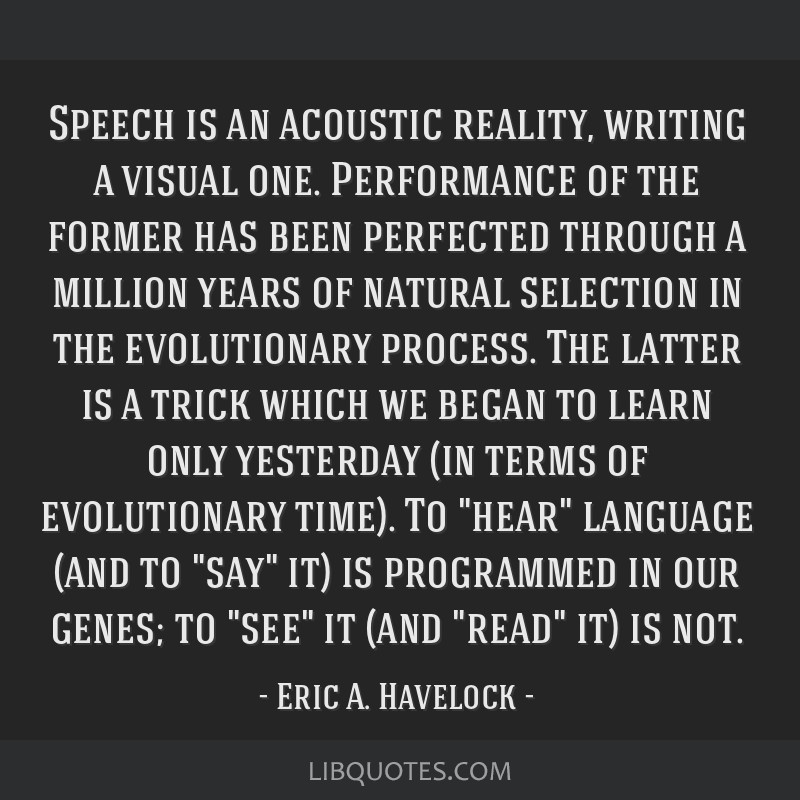