What our story, however, has demonstrated is the astonishingly checkered, not to say hazardous, career of a reading device which we in the West now take so much for granted. Historians have acclaimed the "triumph of the alphabet," but the triumph was often compromised, sometimes bitterly contested, and to this day is only half won. 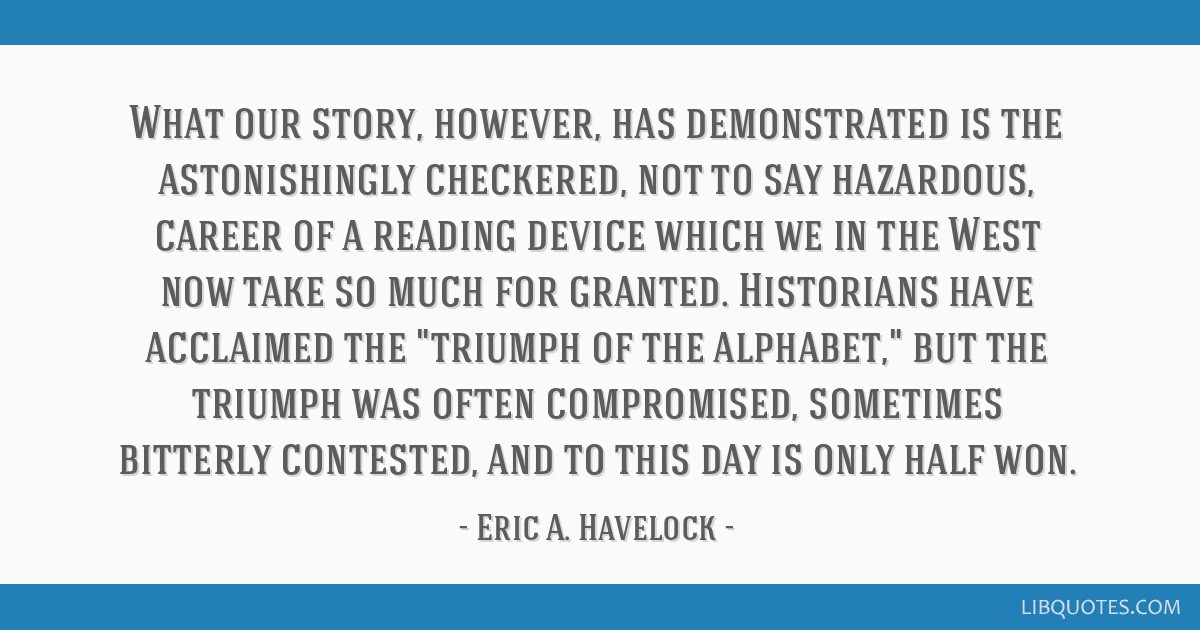 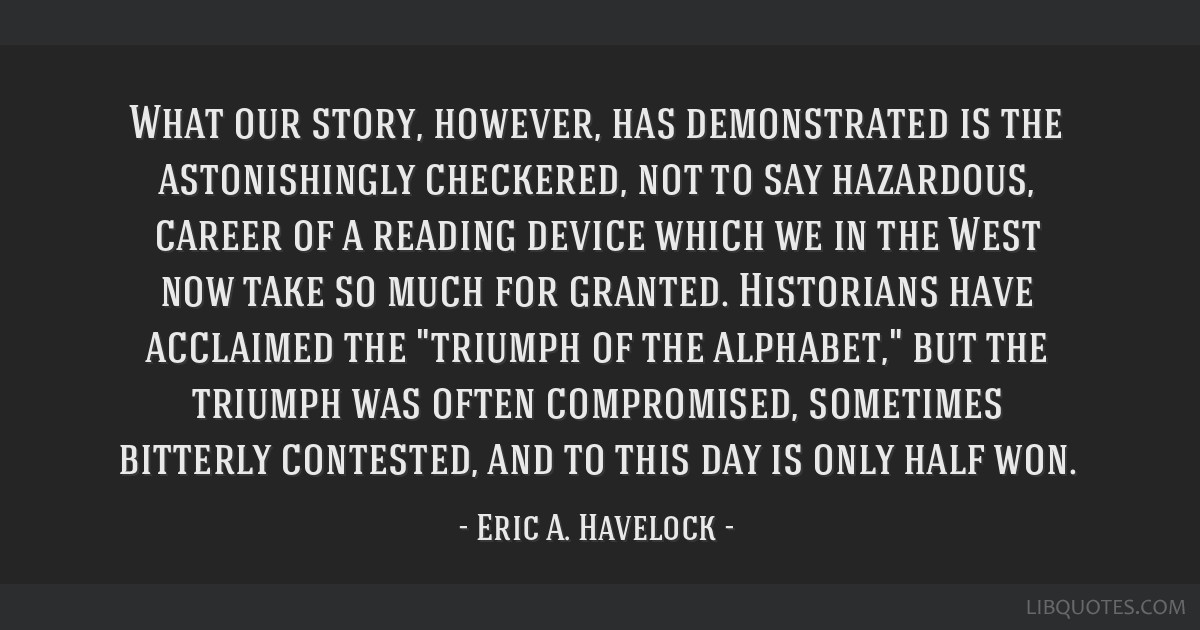 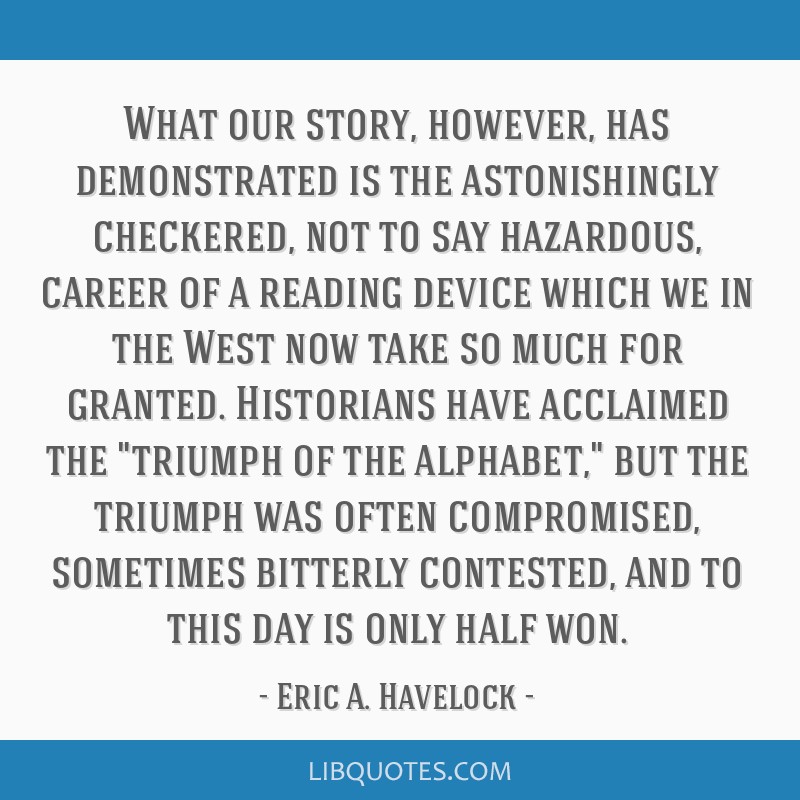 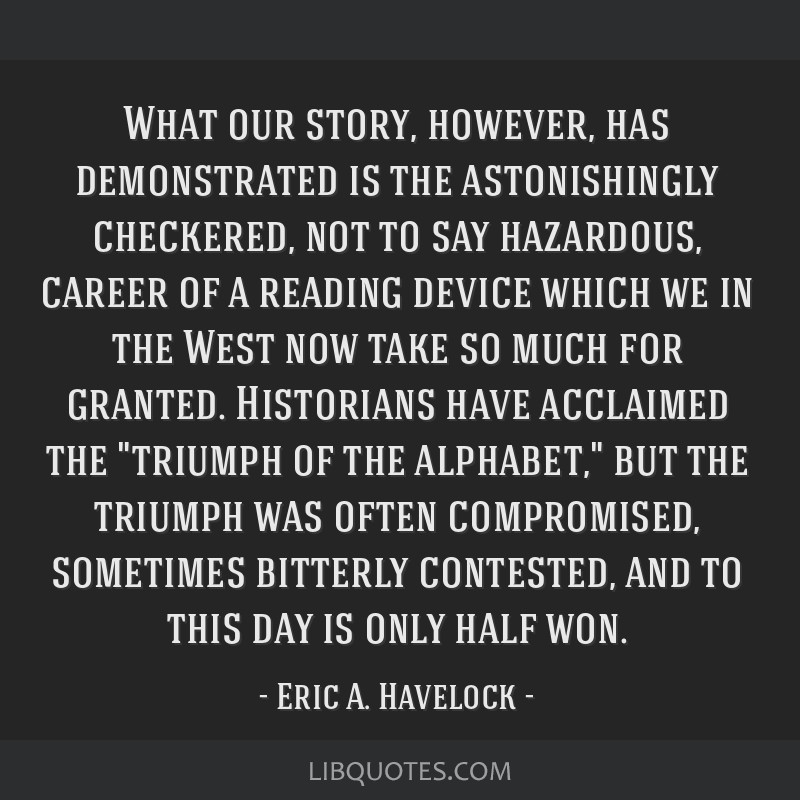