Close your eyes and listen. Listen to the silent screams of terrified mothers, the prayers of anguished old men and women. Listen to the tears of children. Jewish children, a beautiful little girl among them, with golden hair, whose vulnerable tenderness has never left me. Look and listen as they walk towards dark flames so gigantic that the planet itself seemed in danger. 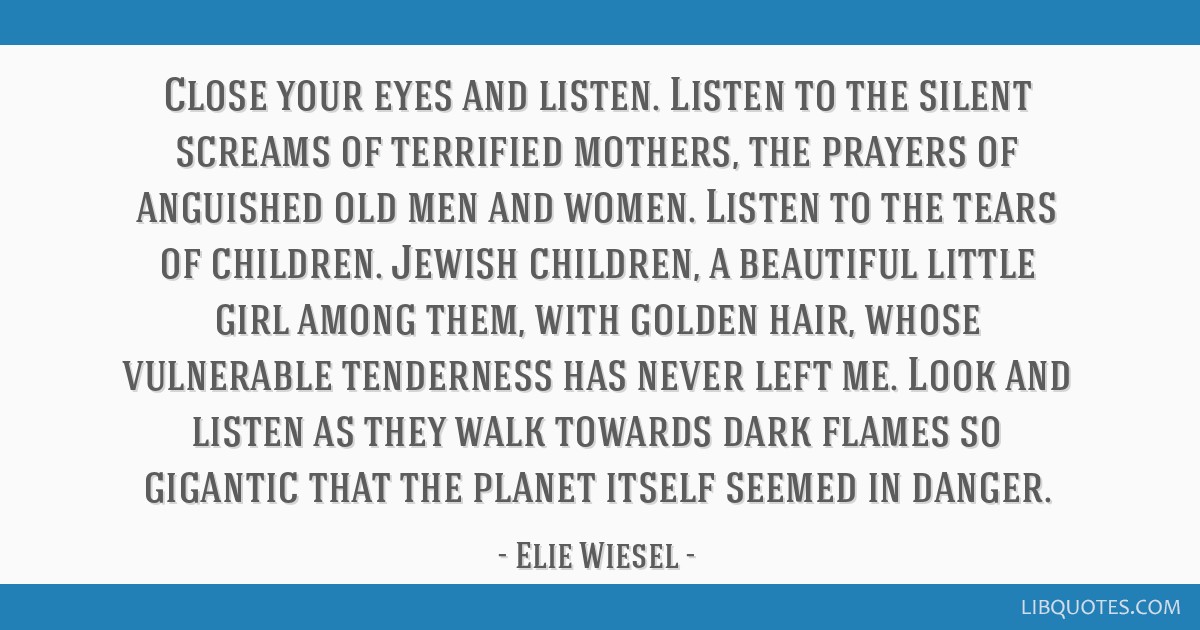 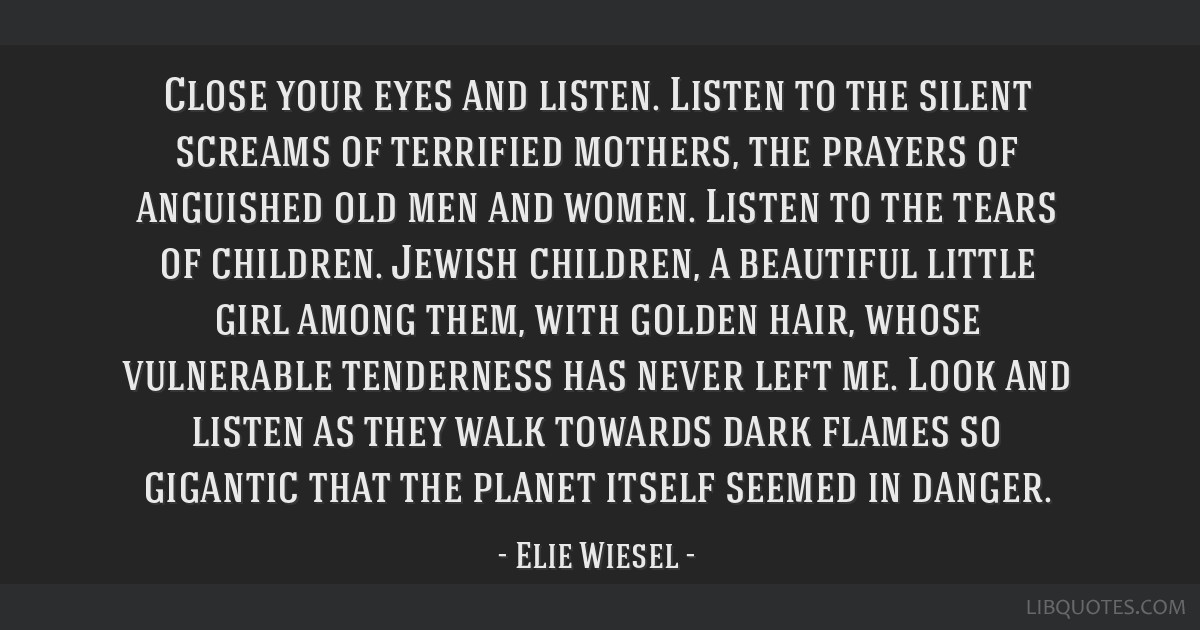 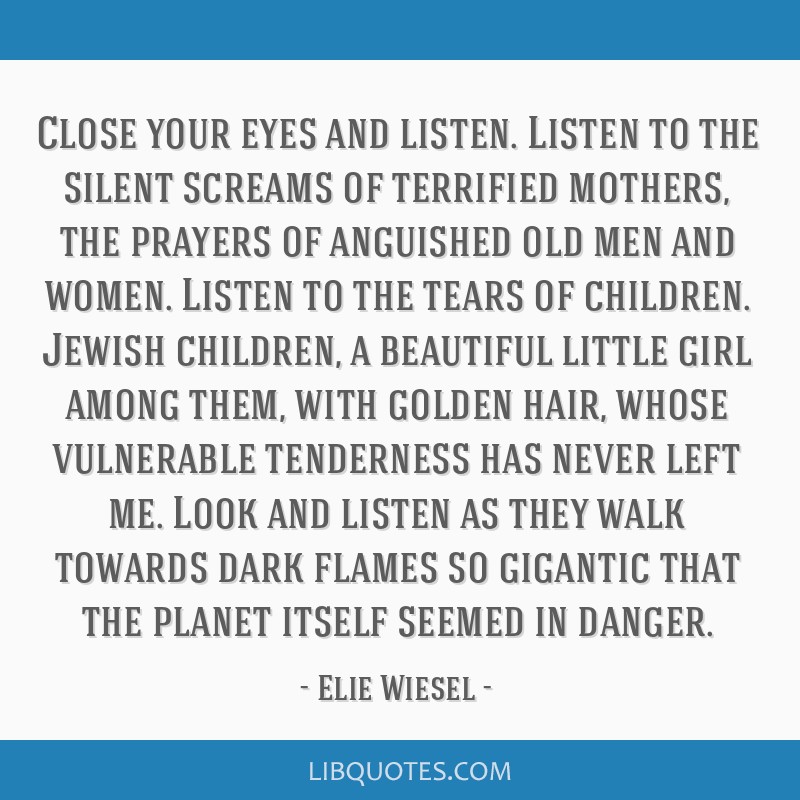 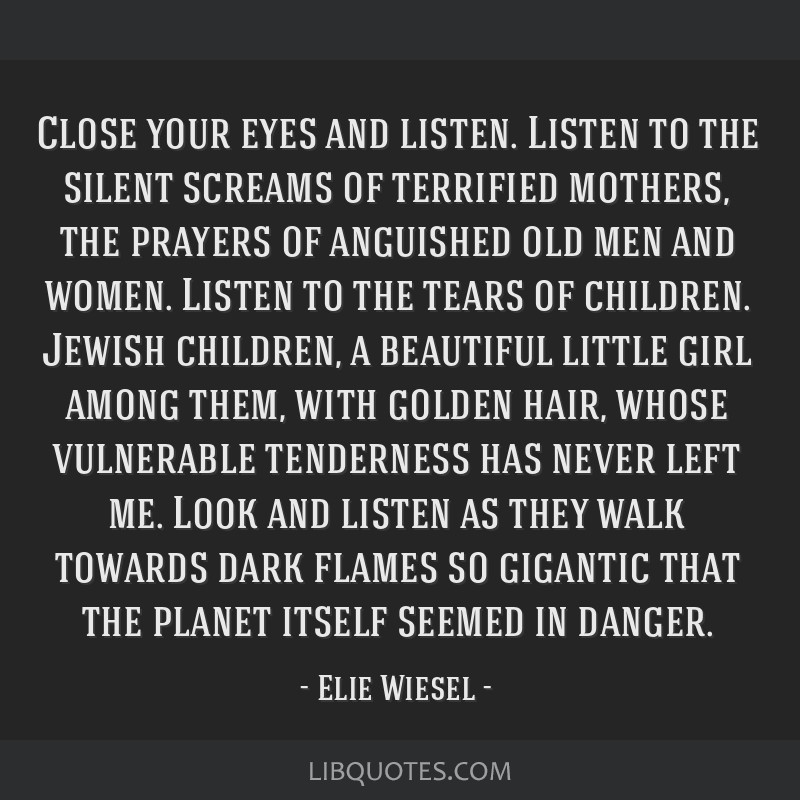