In his 1975 book, The Limits of Liberty, Buchanan returned to the study of constitutions, but now approached them with a somewhat more cynical (realistic?) Hobbesian perspective. His later books with Geoffrey Brennan (1980,1985) also emphasized the importance of constitutional rules as constraints on the selfish pursuits of individual actors, and as means for controlling that public sector beast—Leviathan. This concern with constitutional decision making and constitutional rules can be regarded as one of the salient characteristics of James Buchanan's research throughout his career. 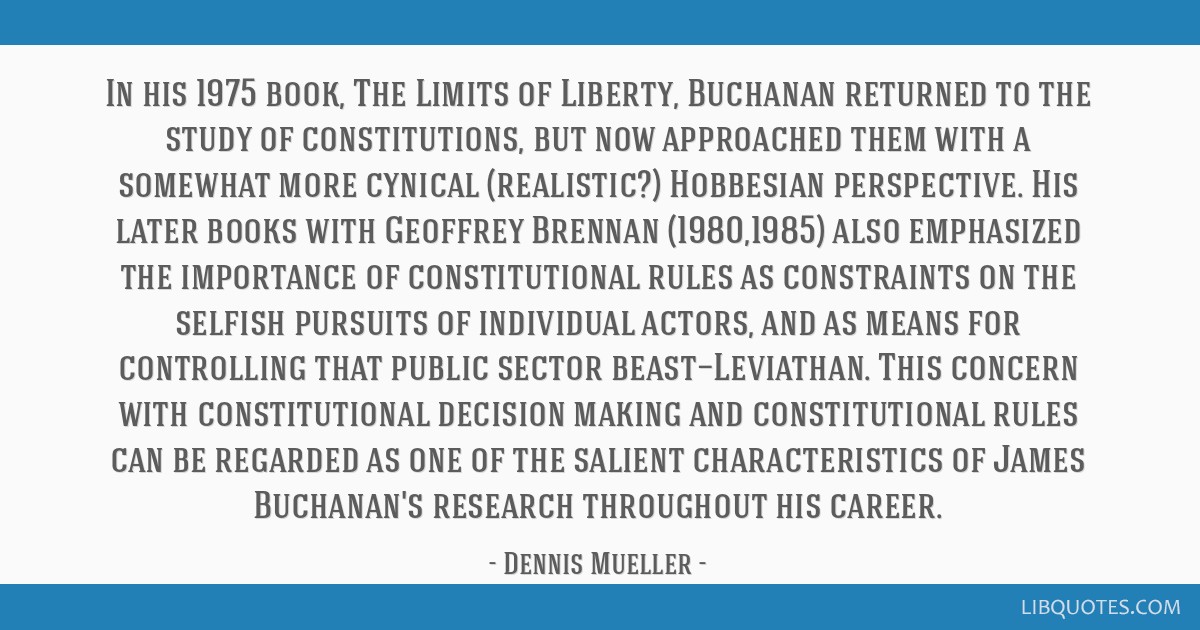 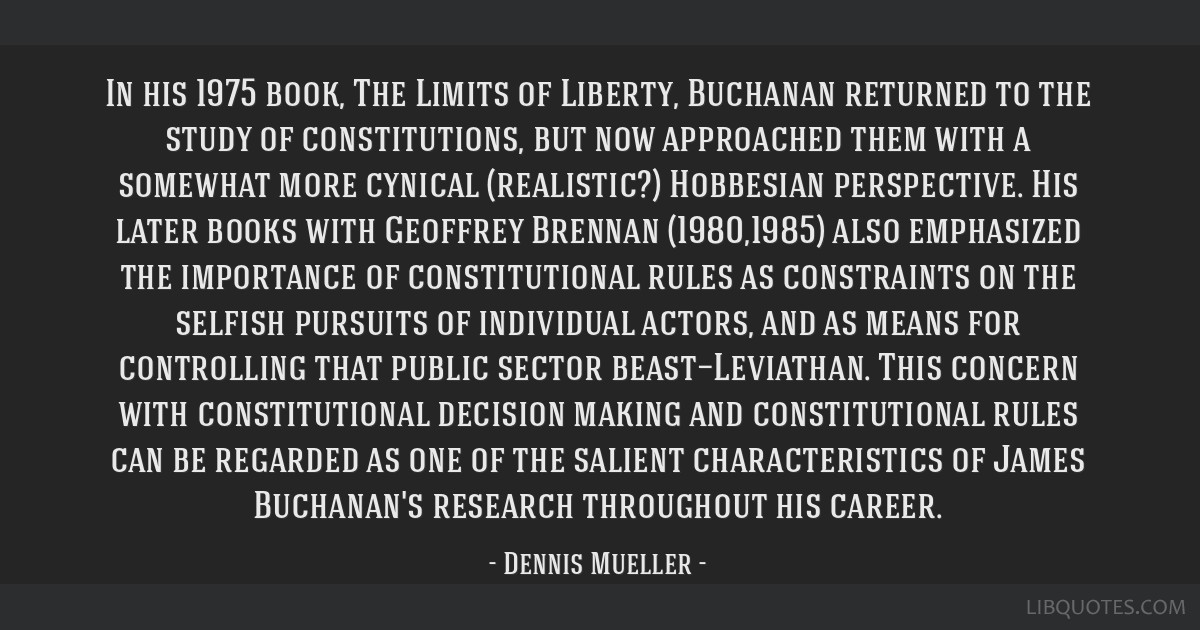 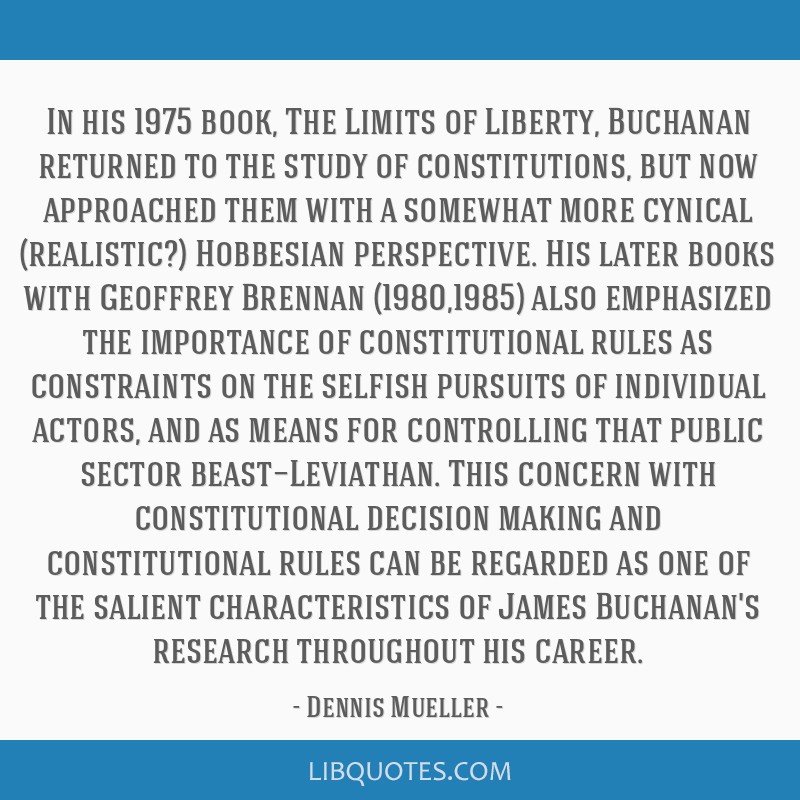 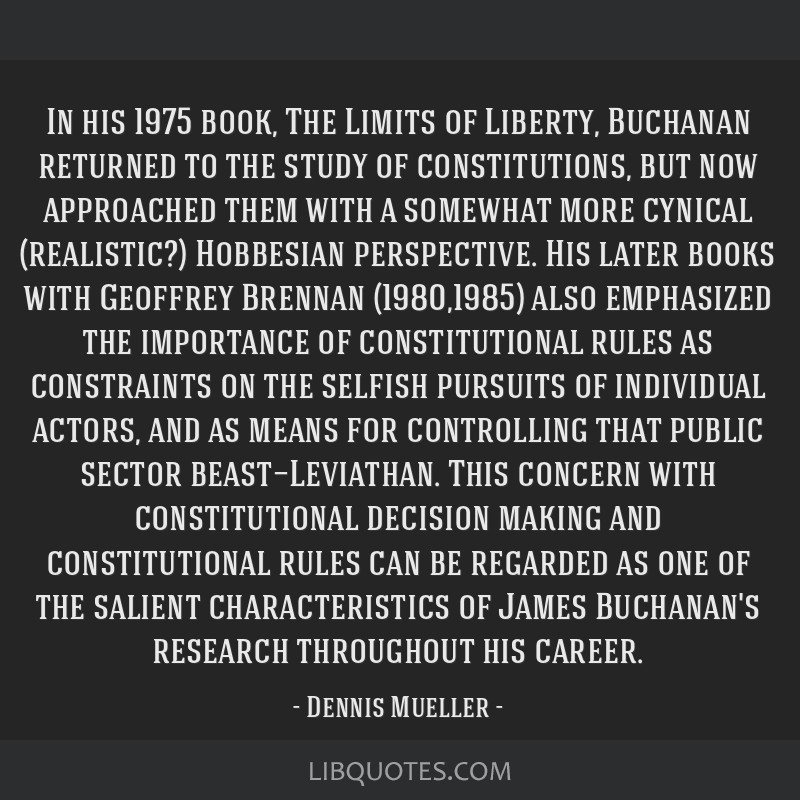