Such exaggerations have been so common that the public takes them with a grain of salt and partly excuses them as being due to the advertiser's license of self-assertiveness. Nevertheless, the fact remains that superlative generalities are weak arguments and far less convincing than a statement of facts. Much advertising copy would be improved immensely by doing away with brag and substituting actual facts about the merits of the article. 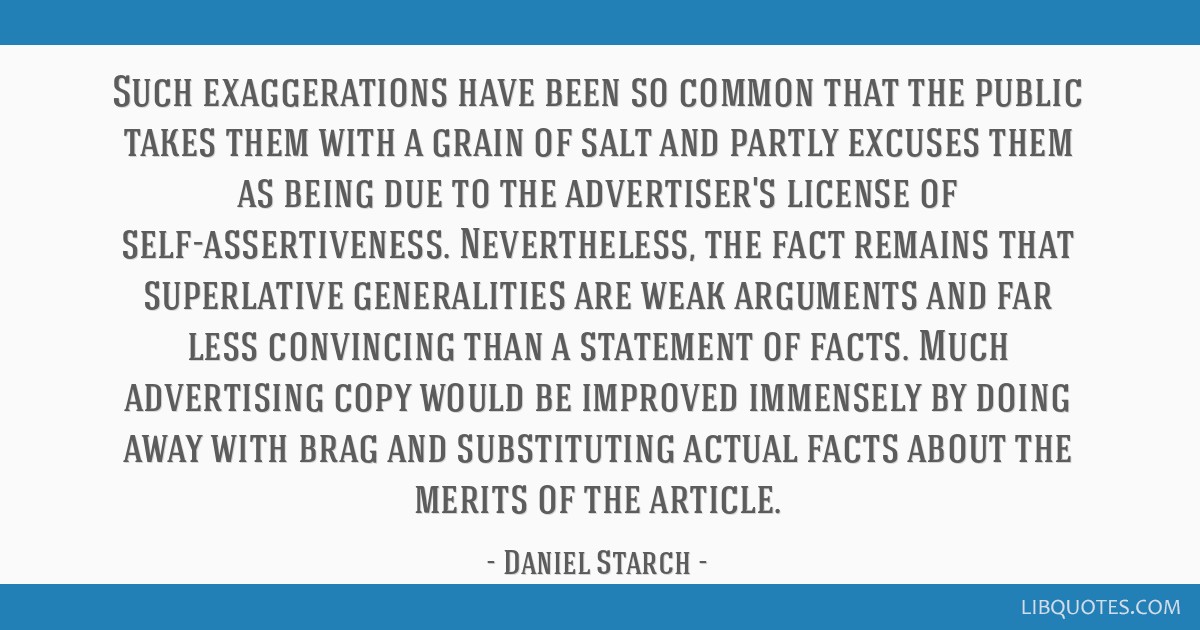 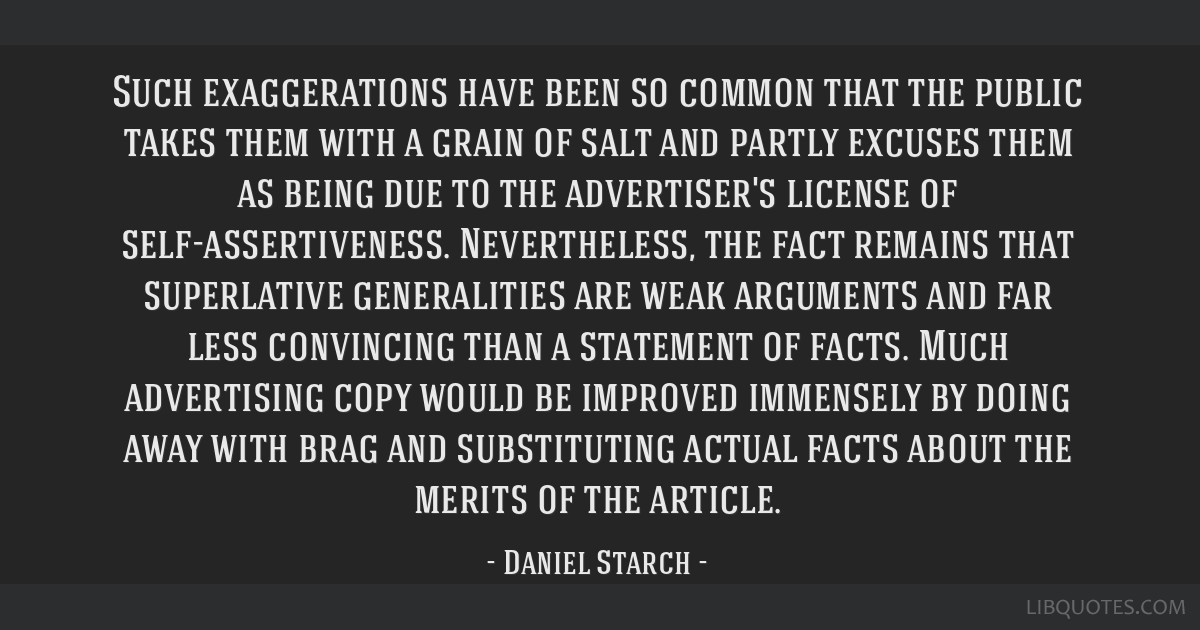 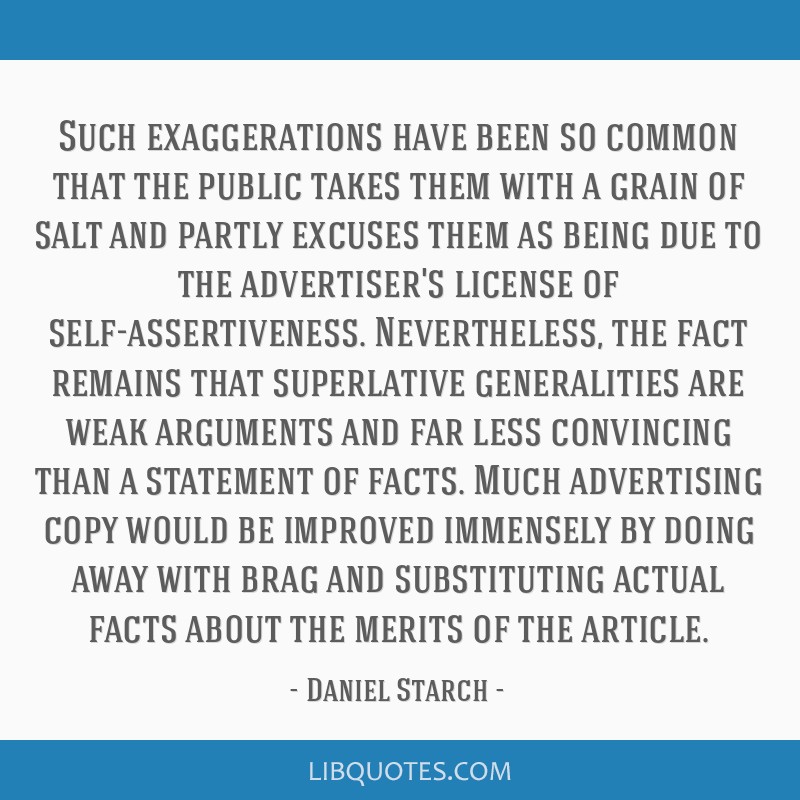 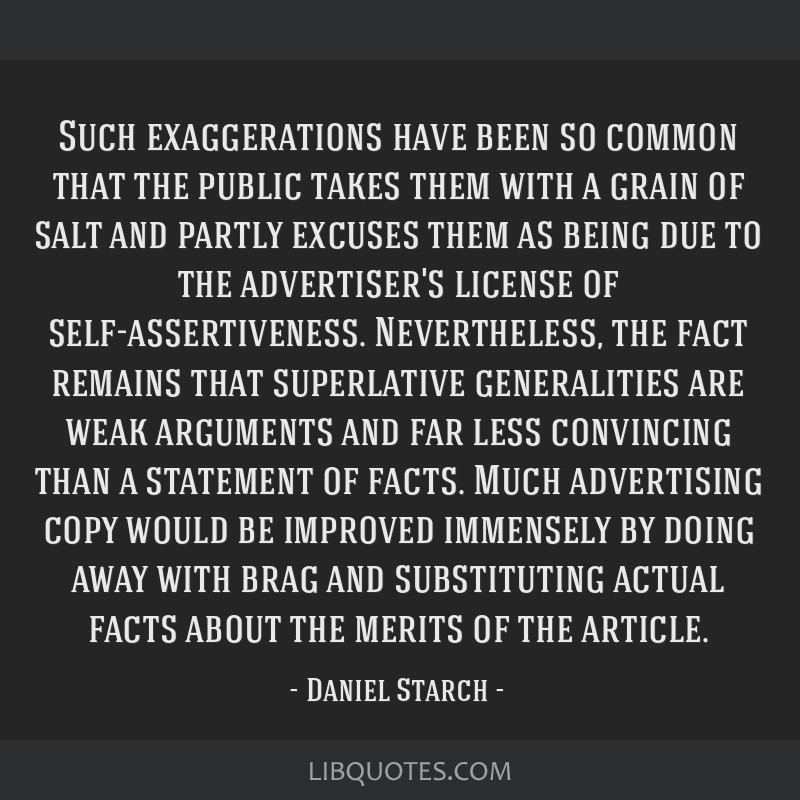