Daniel Ellsberg
The effect of that is to poison the flow of information to the President himself and to create a situation where a President can be almost, to use a metaphor, psychotically divorced from the realities in which he is acting...

Routine is not organization, any more than paralysis is order.
Arthur Helps 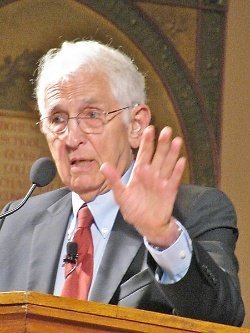 Creative Commons
Born: April 7, 1931 (age 91)
Bio: Daniel Ellsberg is an activist and former United States military analyst who, while employed by the RAND Corporation, precipitated a national political controversy in 1971 when he released the Pentagon Papers, a top-secret Pentagon study of U.S.
Known for: