Thoreau's famous retreat to Walden Pond is thus in a continuum with his sense of the duty of disobedience. He argued that "under a government which imprisons any unjustly, the true place for a just man is also a prison." Less self-destructively; we might say that Thoreau concluded that you might find a just man outside, at Walden Pond, in a self-created exile that is also the expression of a desire for the next world. He understood this exile as the need to create a society—even if a society of one on the banks of a tiny Massachusetts pond—that he could willingly join.

"The spirit of disobedience: an invitation to resistance" 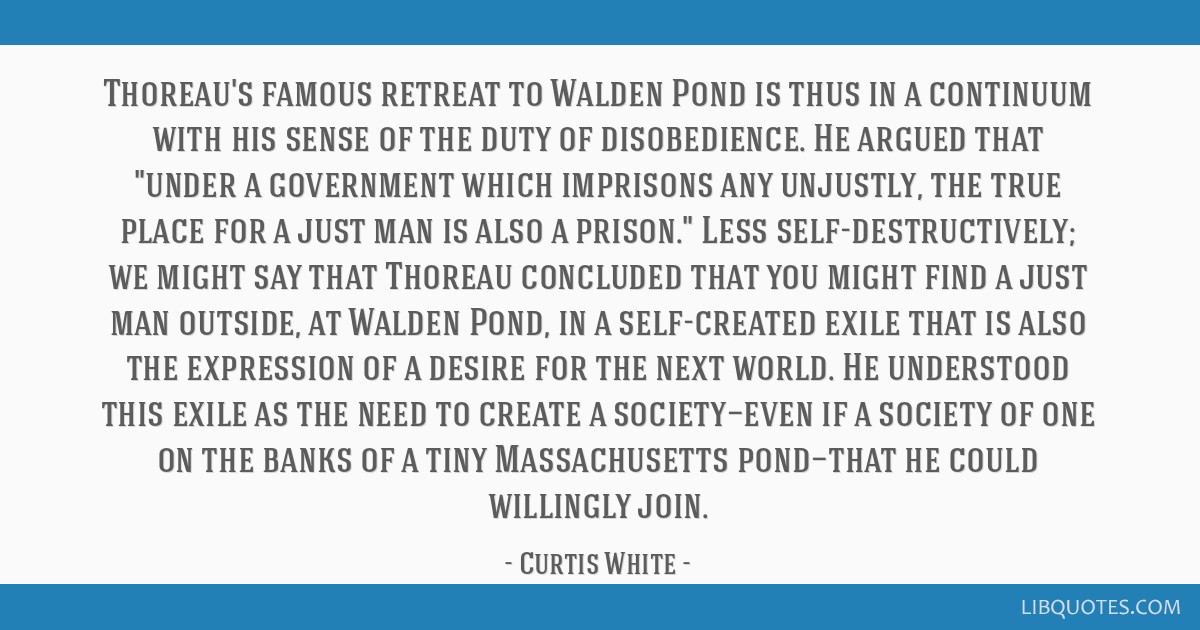 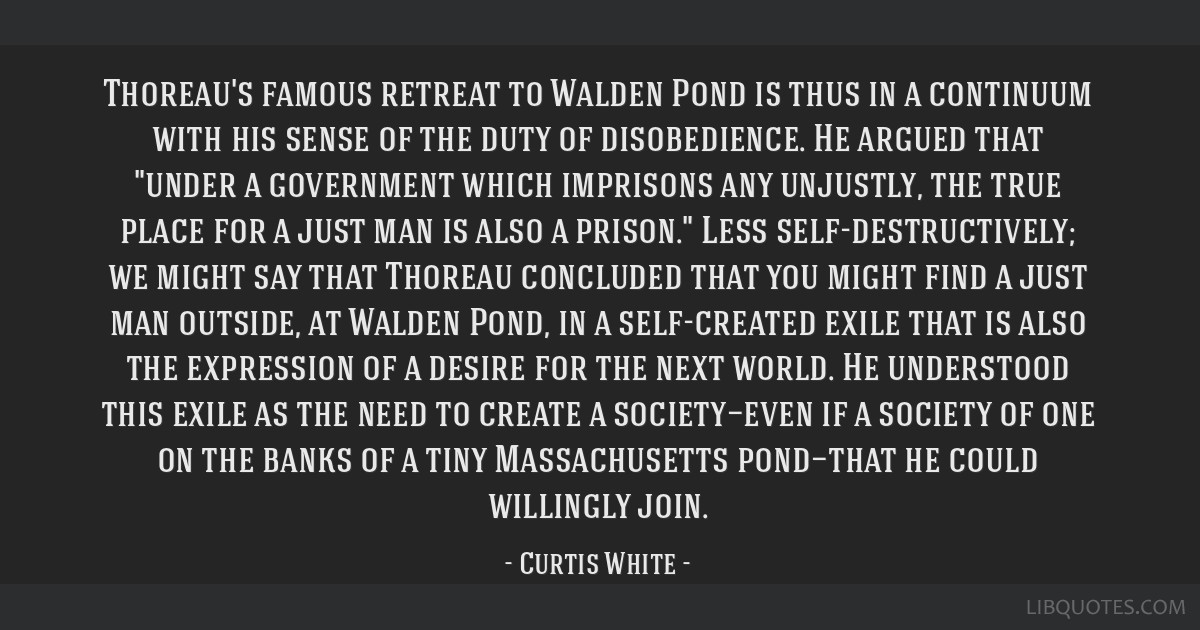 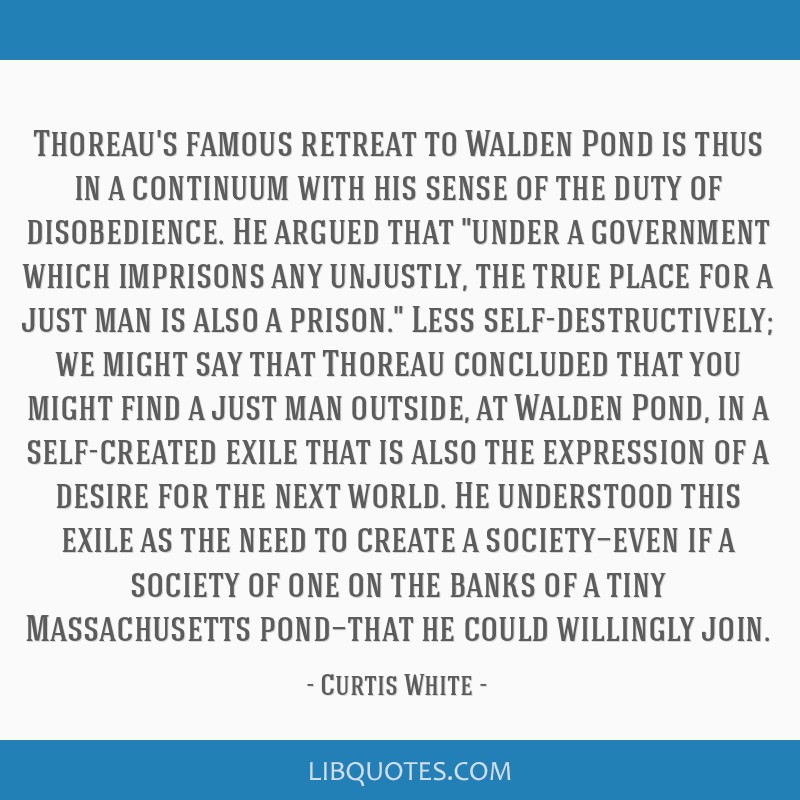 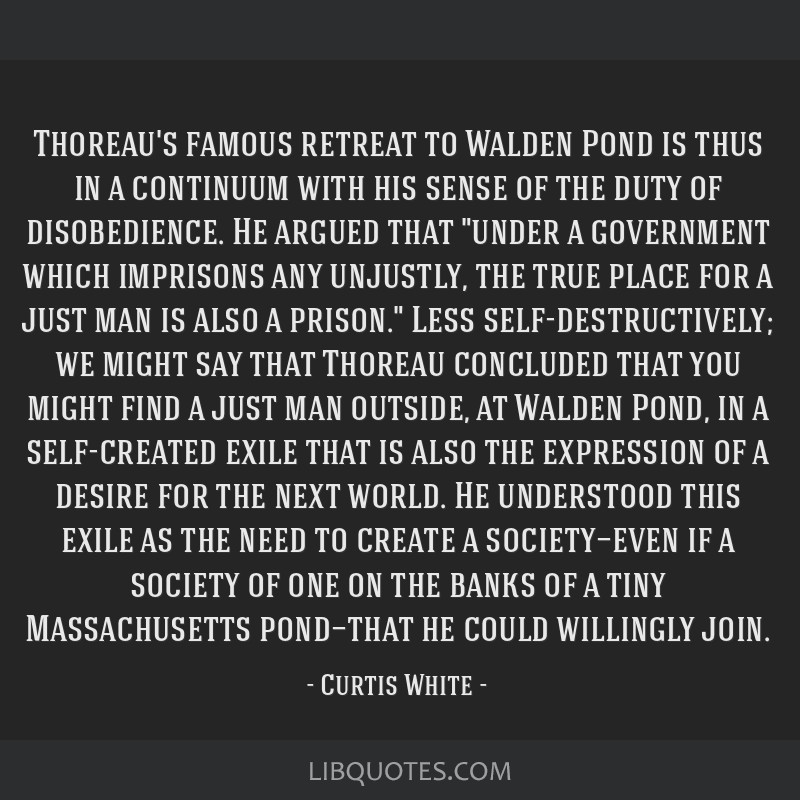