Capitalism uses force but it also educates the people to its system. Direct propaganda is carried out by those entrusted with explaining the inevitability of class society, either through some theory of divine origin or through a mechanical theory of natural law.
This lulls the masses since they see themselves as being oppressed by an evil against which it is impossible to struggle. Immediately following comes the hope of improvement — and in this, capitalism differed from the preceding caste systems, which offered no possibilities for advancement. 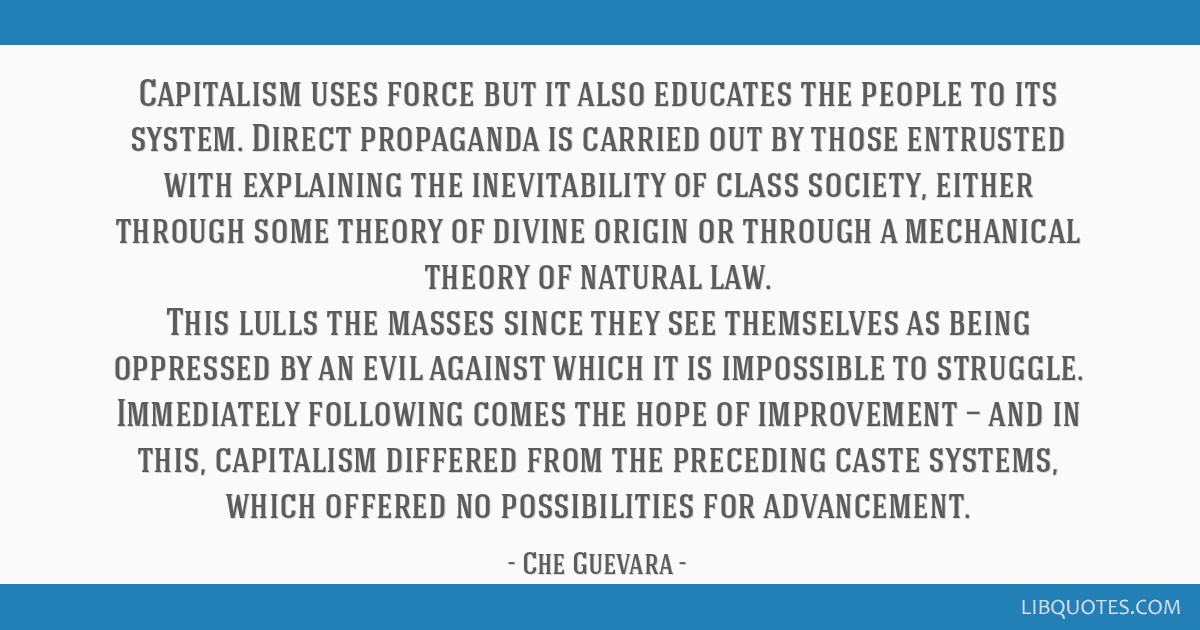 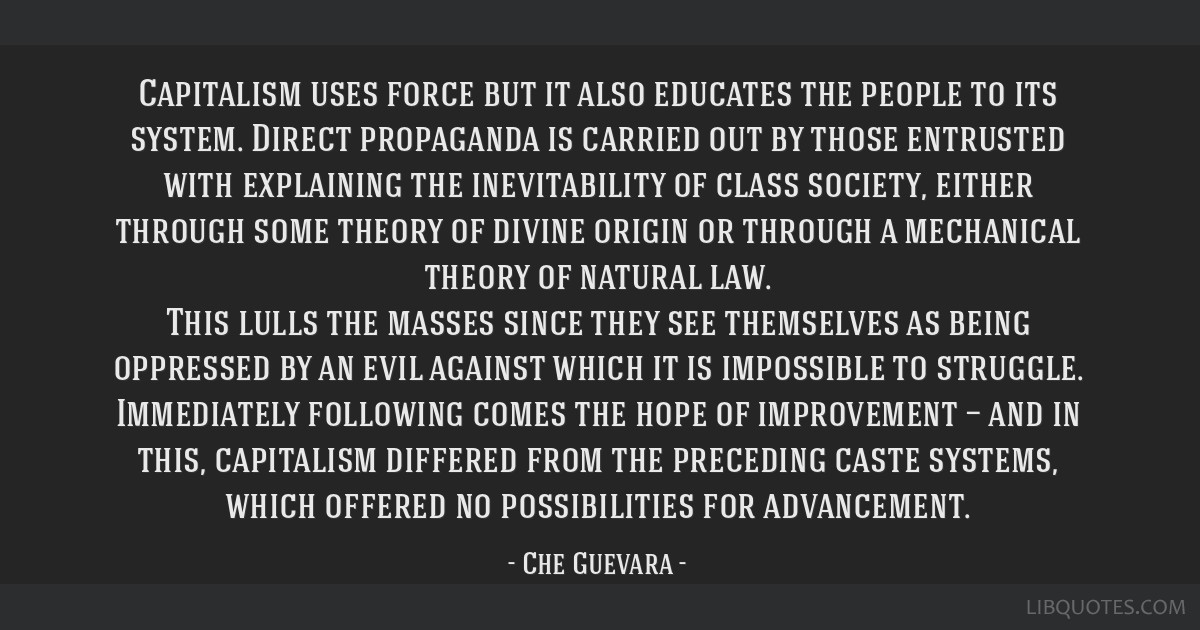 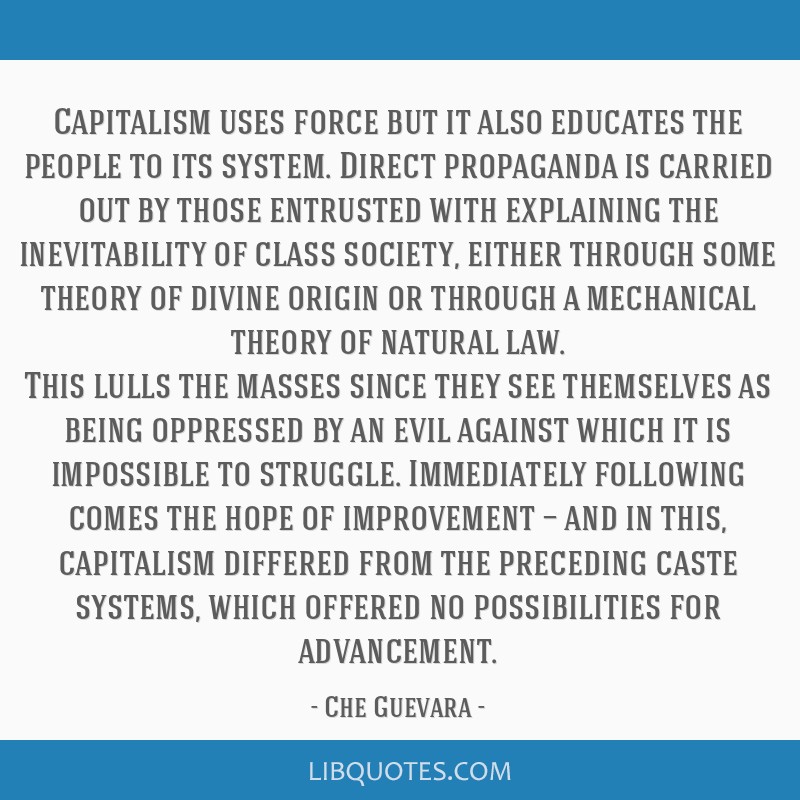 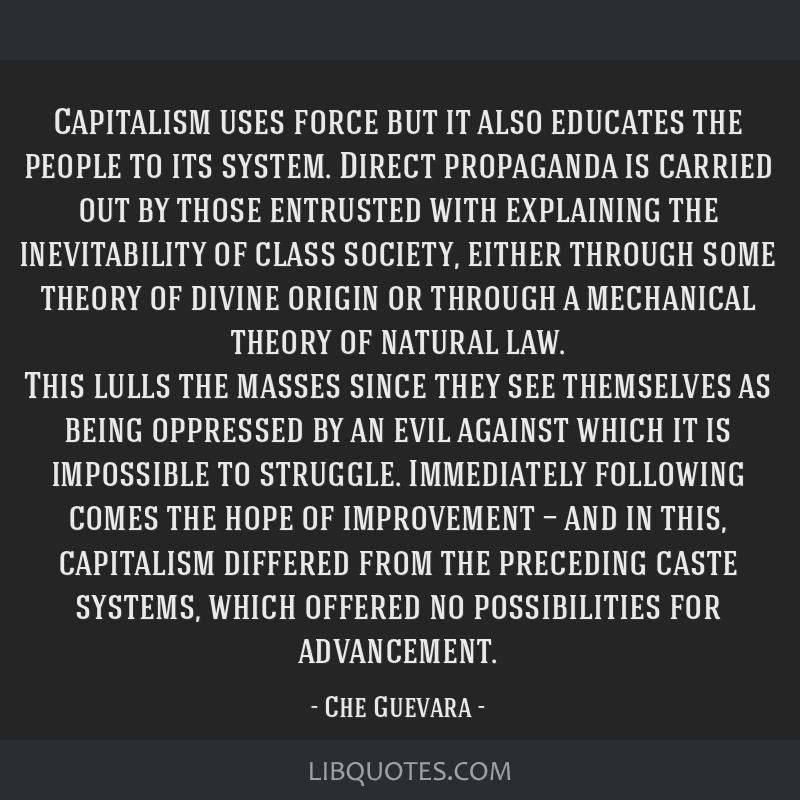