Ever since monopoly capital took over the world, it has kept the greater part of humanity in poverty, dividing all the profits among the group of the most powerful countries. The standard of living in those countries is based on the extreme poverty of our countries. To raise the living standards of the underdeveloped nations, therefore, we must fight against imperialism. And each time a country is torn away from the imperialist tree, it is not only a partial battle won against the main enemy but it also contributes to the real weakening of that enemy, and is one more step toward the final victory. 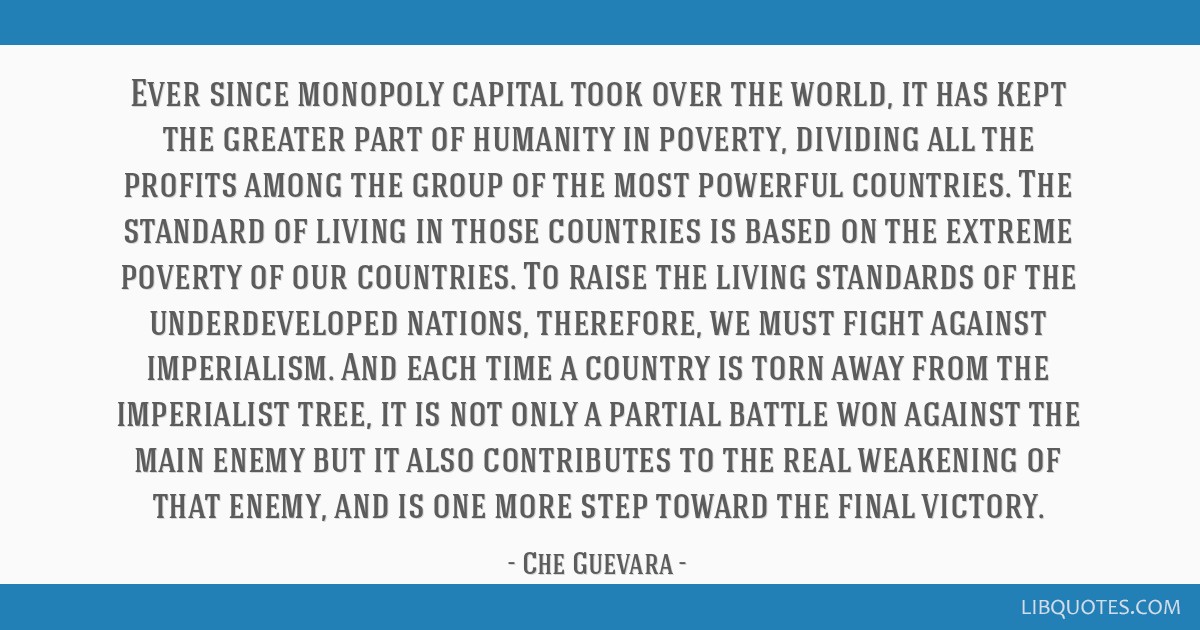 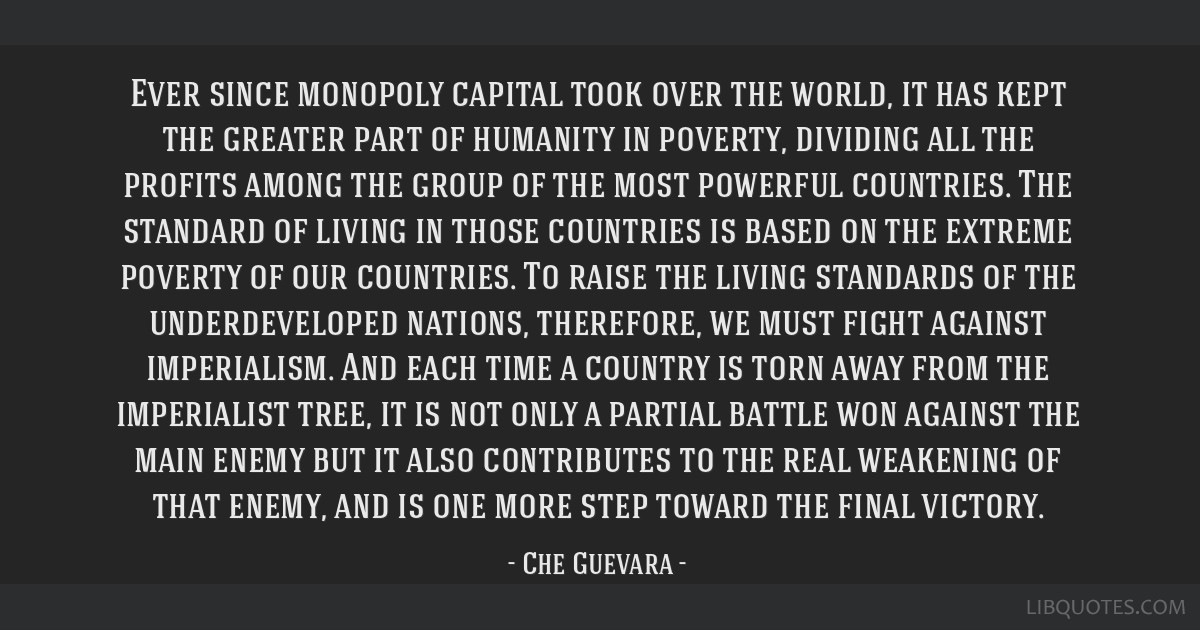 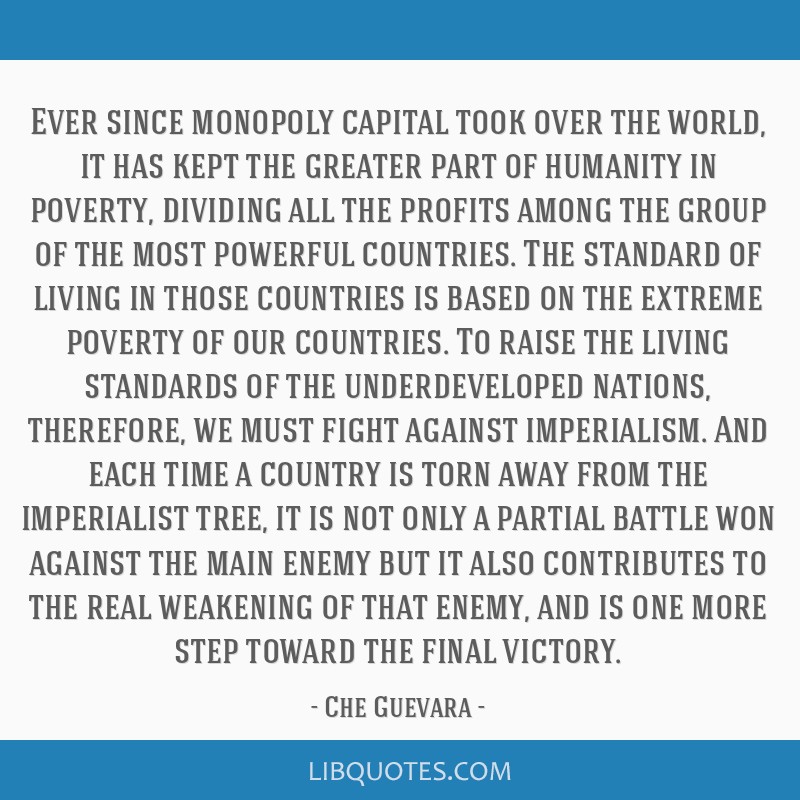 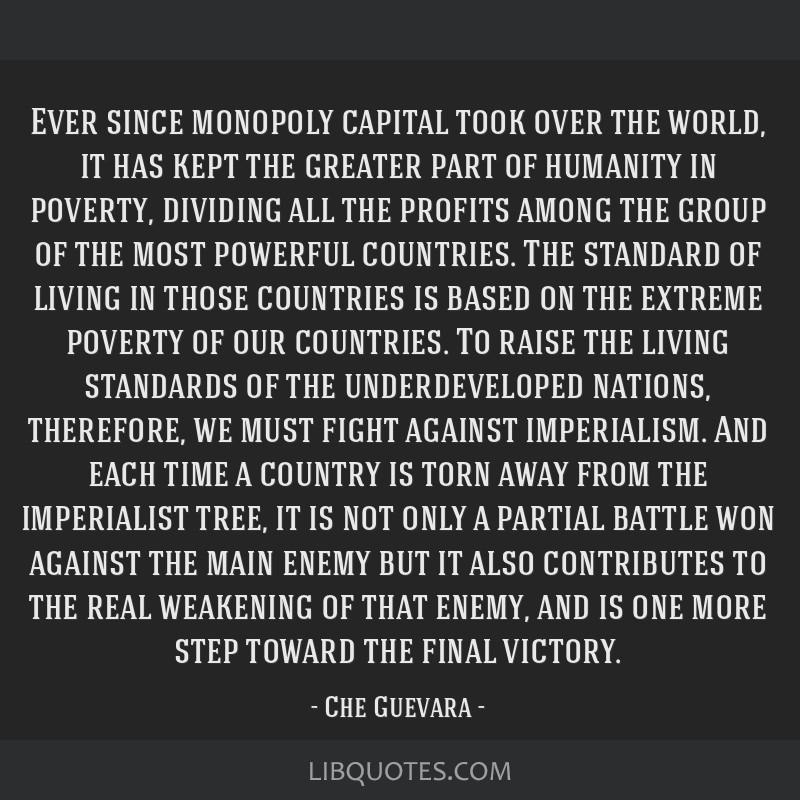