Almost certainly God is not in time. His life does not consist of moments one following another...Ten-thirty— and every other moment from the beginning of the world—is always Present for Him. If you like to put it this way, He has all eternity in which to listen to the split second of prayer put up by a pilot as his plane crashes in flames. 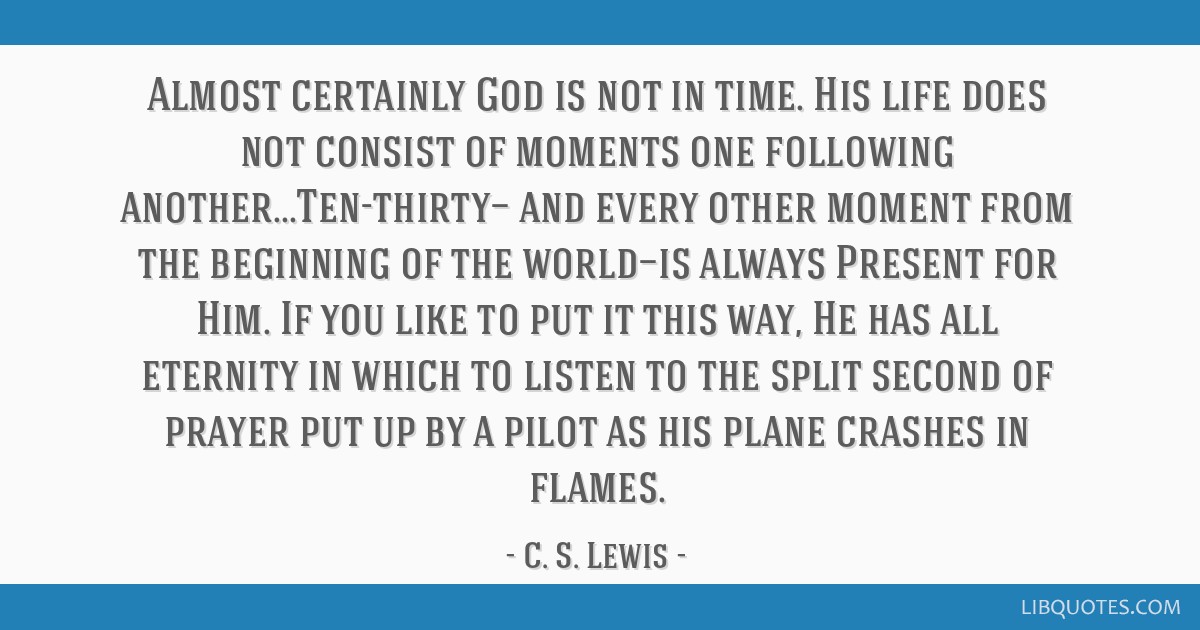 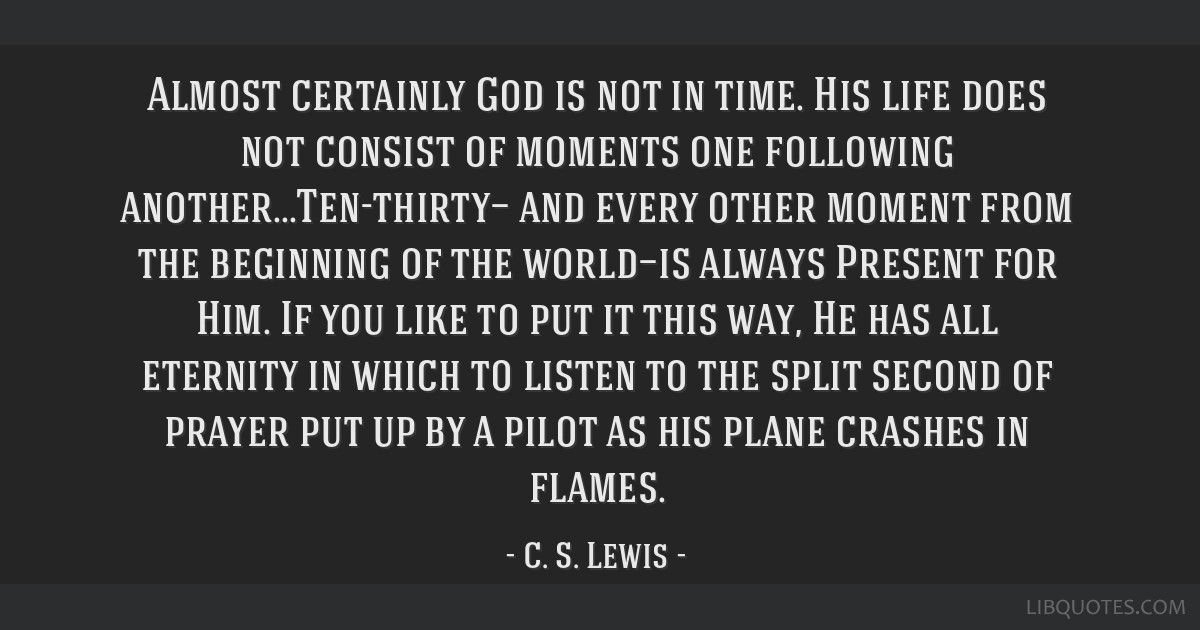 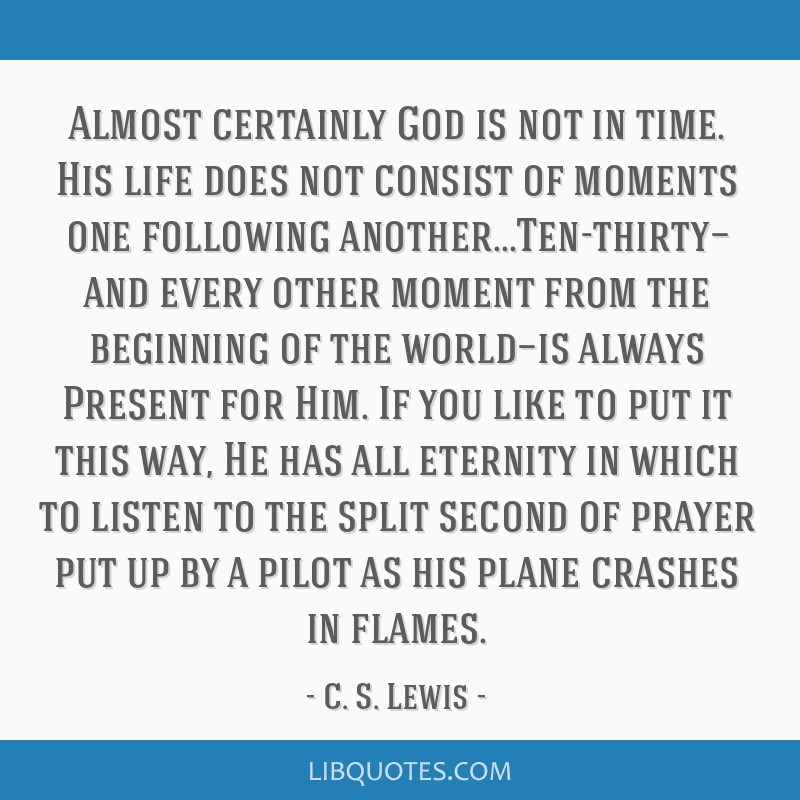 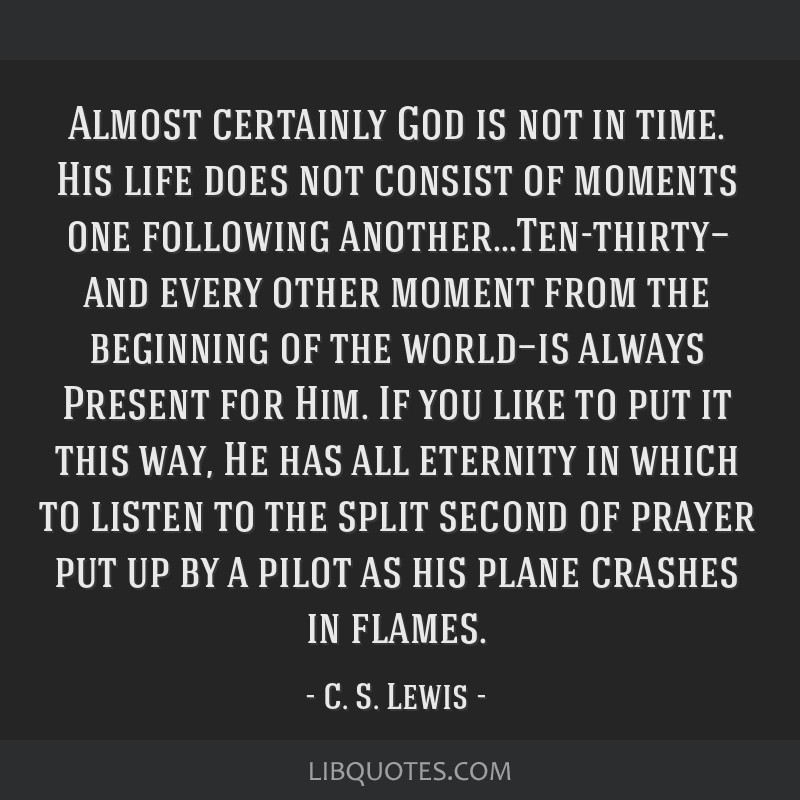