We see a successful, elegant man now, but as a child, an adolescent, his life was not a done deal. Sidney respected his mistakes. When failure came, he never said, "This is too difficult, too hard," he had the resiliency to try again. His life is somewhere between astounding and unbelievable.

Bill Cosby
You know the only people who are always sure about the proper way to raise children? Those who've never had any.

Bill Cosby
I do want to die before my wife and the reason is this: if it is true that when you die, your soul goes up to judgment, I don't want my wife up there ahead of me to tell them things.

Bill Cosby
Fathers are the geniuses of the house because only a person as intelligent as we could fake such stupidity.

Bill Cosby
A person with no children says, "Well I just love children," and you say "Why?" and they say, "Because a child is so truthful, that's what I love about 'em — they tell the truth." That's a lie, I've got five of 'em. The only time they tell the truth is if they're having pain.

Bill Cosby
The truth is that parents are not really interested in justice. They just want quiet.

Bill Cosby
Suddenly, this romantic agony was enriched by a less romantic one: I had to go to the bathroom. Needless to say, I couldn't let her know about this urge, for great lovers never did such things. The answer to "Romeo Romeo, wherefore art thou, Romeo?" was not "In the men's room, Julie.

Bill Cosby
Nothing I've ever done has given me more joys and rewards than being a father to my children.

Bill Cosby
Your dirty laundry gets out of school at 2:30 every day, it's cursing and calling each other nigger as they're walking up and down the street. They can't read; they can't write. They're laughing and giggling, and they're going nowhere.

Bill Cosby
A new father quickly learns that his child invariably comes to the bathroom at precisely the times when he's in there, as if he needed company. The only way for this father to be certain of bathroom privacy is to shave at the gas station.

Bill Cosby
My wife stood up in the stirrups, grabbed my bottom lip and said "I want morphine!" I said "But, dear —" [vigorously breathing]. She said "You shut up! YOU did this to me!" And on the next contraction she told everybody in the delivery room that my parents were never married.

Bill Cosby
My father established our relationship when I was seven years old. He looked at me and said, "You know, I brought you in this world, and I can take you out. And it don't make no difference to me, I'll make another one look just like you."

Bill Cosby
Like everyone else who makes the mistake of getting older, I begin each day with coffee and obituaries.

Bill Cosby
You can teach an old dog new tricks. You just don't want to see the dog doing them.

Bill Cosby
No matter how calmly you try to referee, parenting will eventually produce bizarre behavior, and I'm not talking about the kids. Their behavior is always normal.

Bill Cosby
I was a physical education major with a child psychology minor at Temple, which means if you ask me a question about a child's behavior, I will advise you to tell the child to take a lap.

Bill Cosby
Never say "that was before your time," because the last full moon was before their time.

Bill Cosby
Immortality is a long shot, I admit. But somebody has to be first.

Bill Cosby
Whenever your kids are out of control, you can take comfort from the thought that even God's omnipotence did not extend to His kids.

Bill Cosby
I guess the real reason that my wife and I had children is the same reason that Napoleon had for invading Russia: it seemed like a good idea at the time.

Bill Cosby
I recently turned fifty, which is young for a tree, mid-life for an elephant, and ancient for a quarter-miler, whose son now says, "Dad, I just can't run the quarter with you anymore, unless I bring something to read."

Bill Cosby
My father walked to school 4 o'clock every morning with no shoes on, uphill, both ways, in 5 feet of snow and he was thankful.

Bill Cosby
And to those people with no children but who think they'd like to have them some day to fulfill their lives. Remember: With fulfillment comes responsibility. 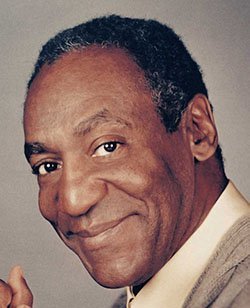