At the age of eleven, I began Euclid, with my brother as my tutor.... I had not imagined that there was anything so delicious in the world. After I had learned the fifth proposition, my brother told me that it was generally considered difficult, but I had found no difficulty whatsoever. This was the first time it had dawned on me that I might have some intelligence. 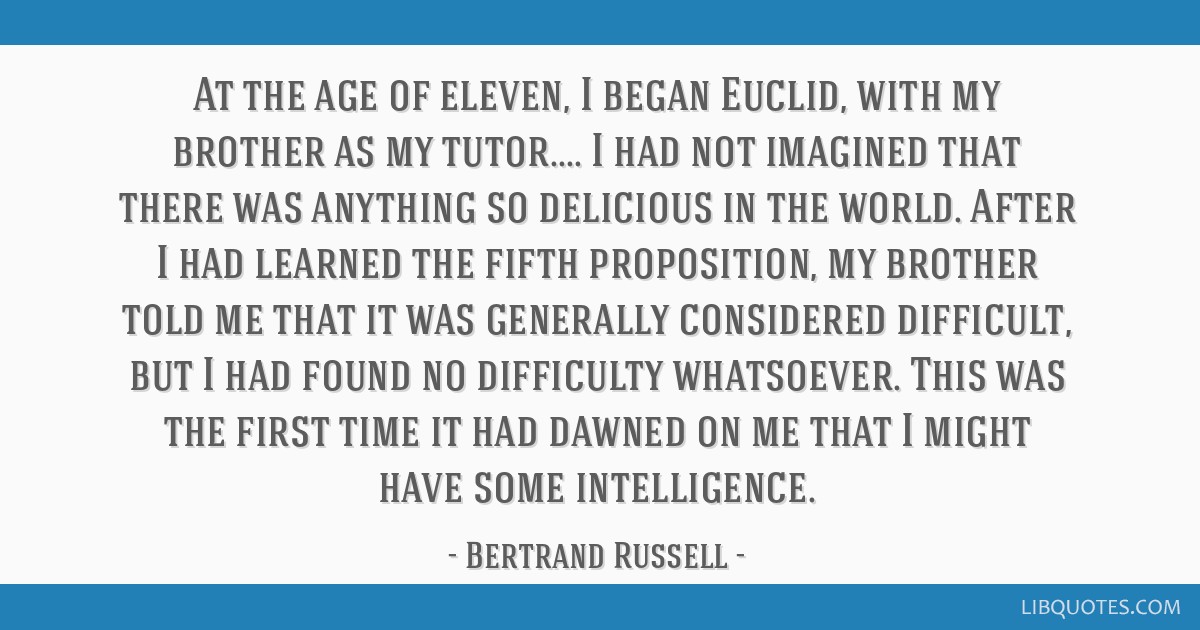 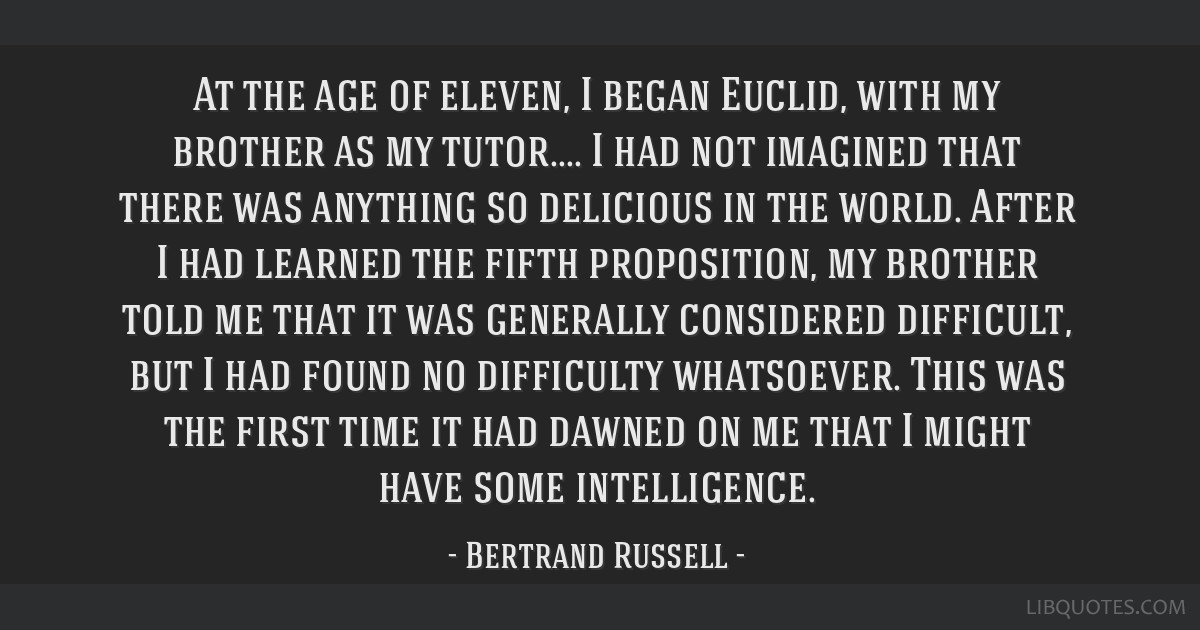 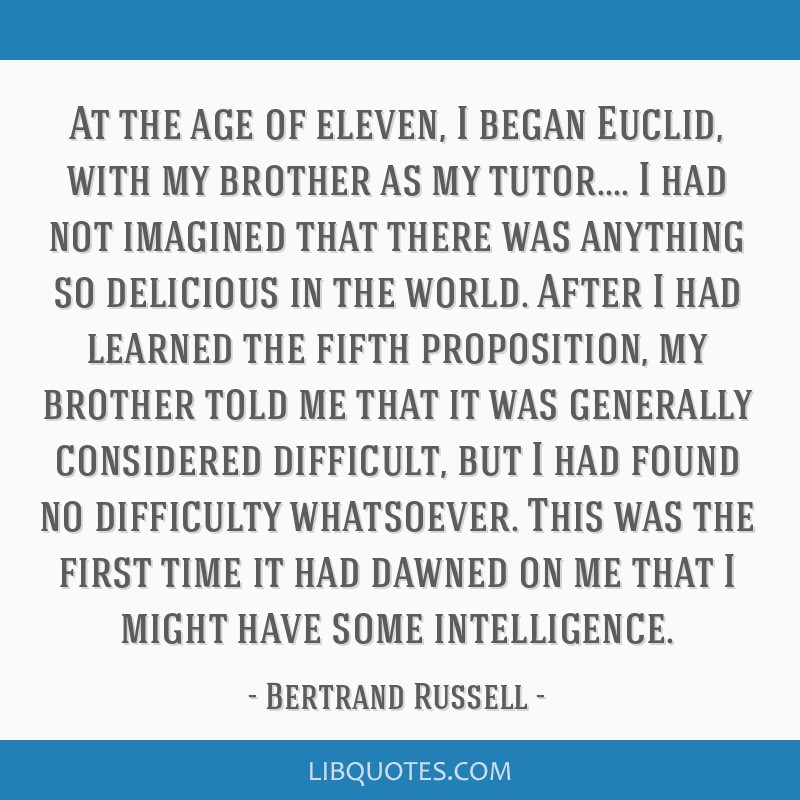 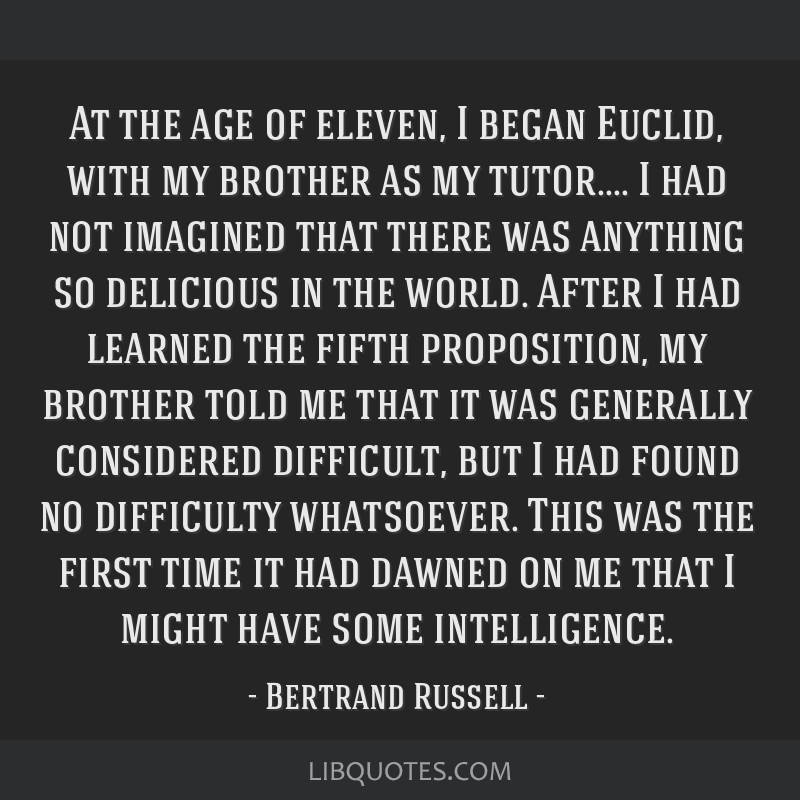