It has been said that the people of this country are deeply interested in the humanitarian and philanthropic considerations involved in [the Eastern Question]. All must appreciate such feelings. But I am mistaken if there be not a yet deeper sentiment on the part of the people of this country, one with which I cannot doubt your lordships will ever sympathise, and that is—the determination to maintain the Empire of England. 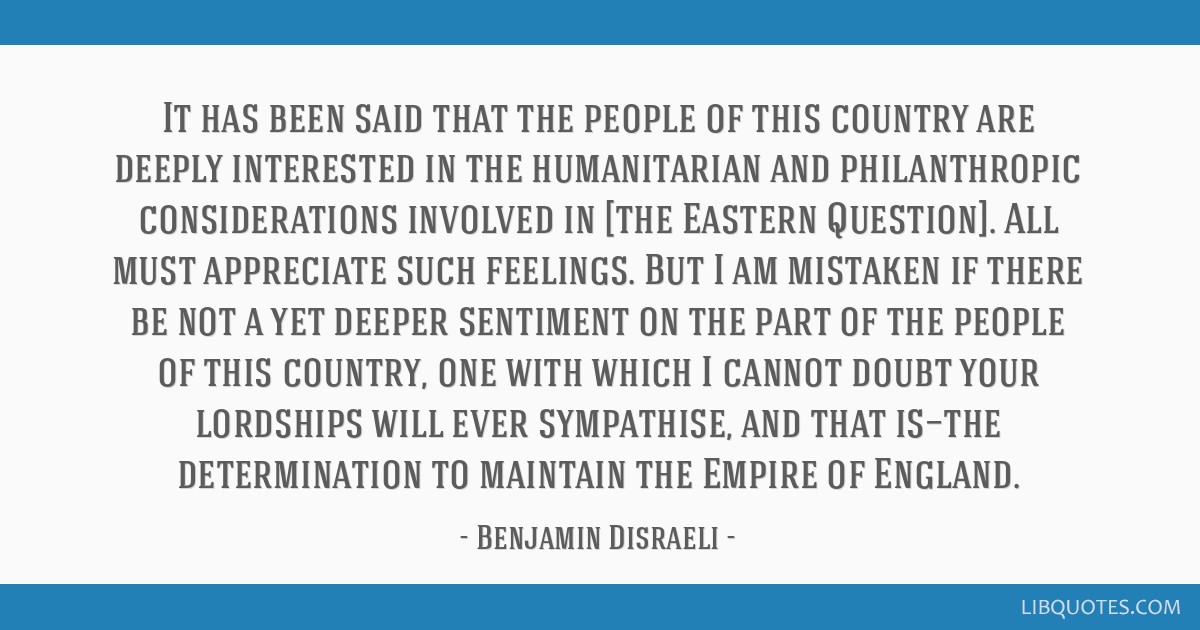 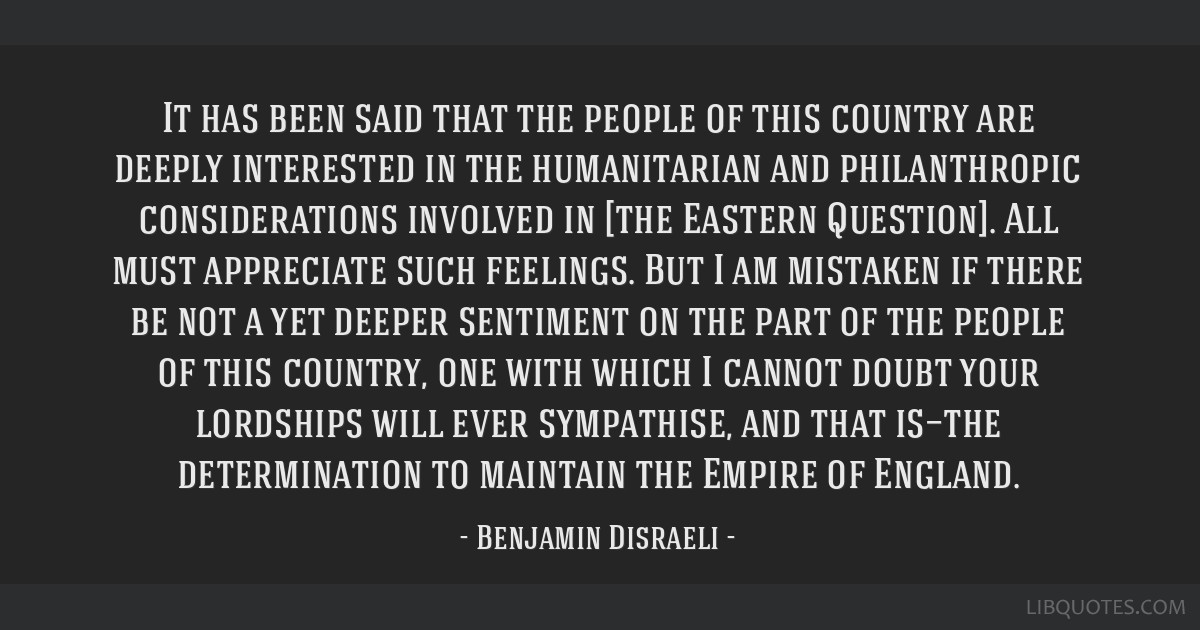 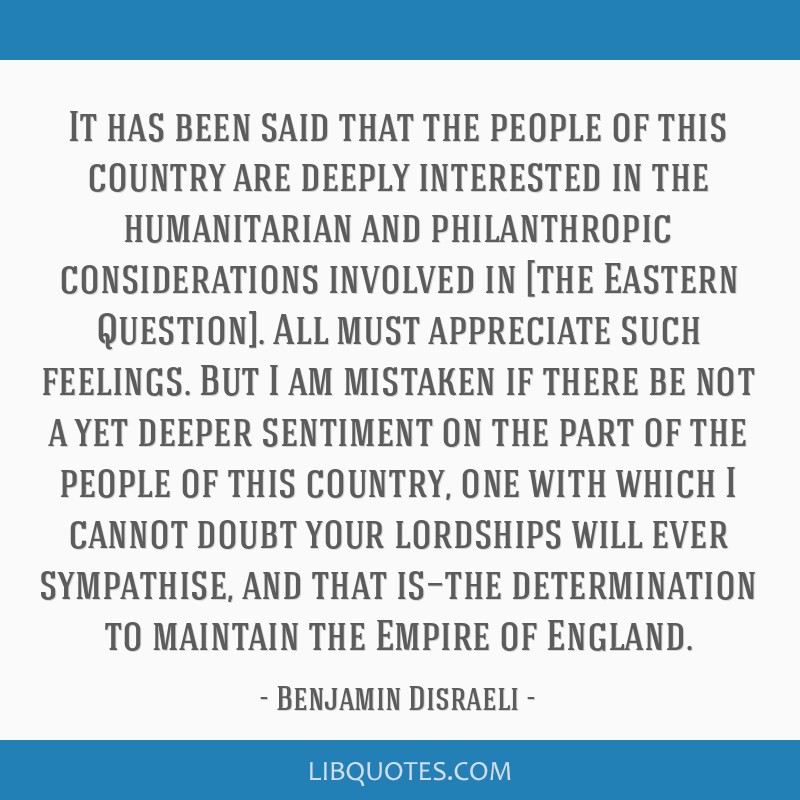 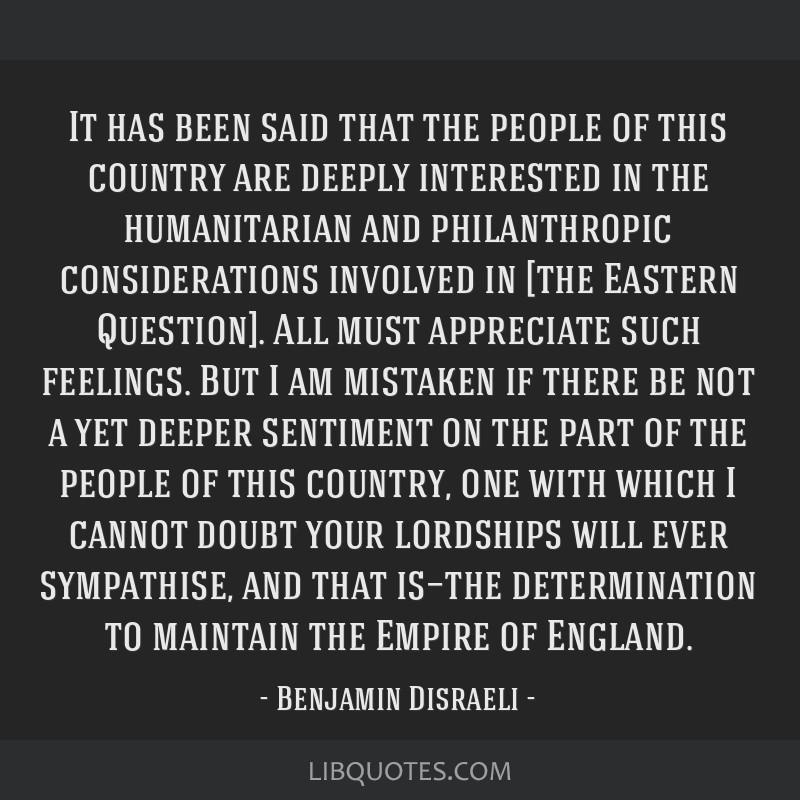 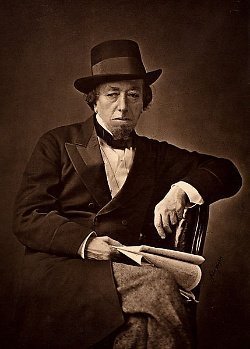