Good salesmanship is nothing more than maximizing the positive and minimizing the negative.

Barbara Corcoran
A good organization is like a box of crayons. You need different colors of the spectrum, but all the crayons should fit in the box.

Barbara Corcoran
Leaders come in two flavors, expanders and containers. The best leadership teams have a mix of both. 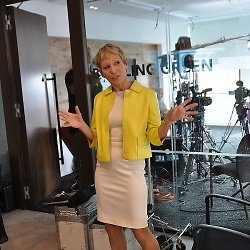