Years from now, you'll look back and you'll say that this was the moment, this was the place where America remembered what it means to hope. For many months, we've been teased, even derided for talking about hope. But we always knew that hope is not blind optimism. It's not ignoring the enormity of the tasks ahead or the roadblocks that stand in our path. It's not sitting on the sidelines or shirking from a fight. Hope is that thing inside us that insists, despite all the evidence to the contrary, that something better awaits us if we have the courage to reach for it and to work for it and to fight for it. 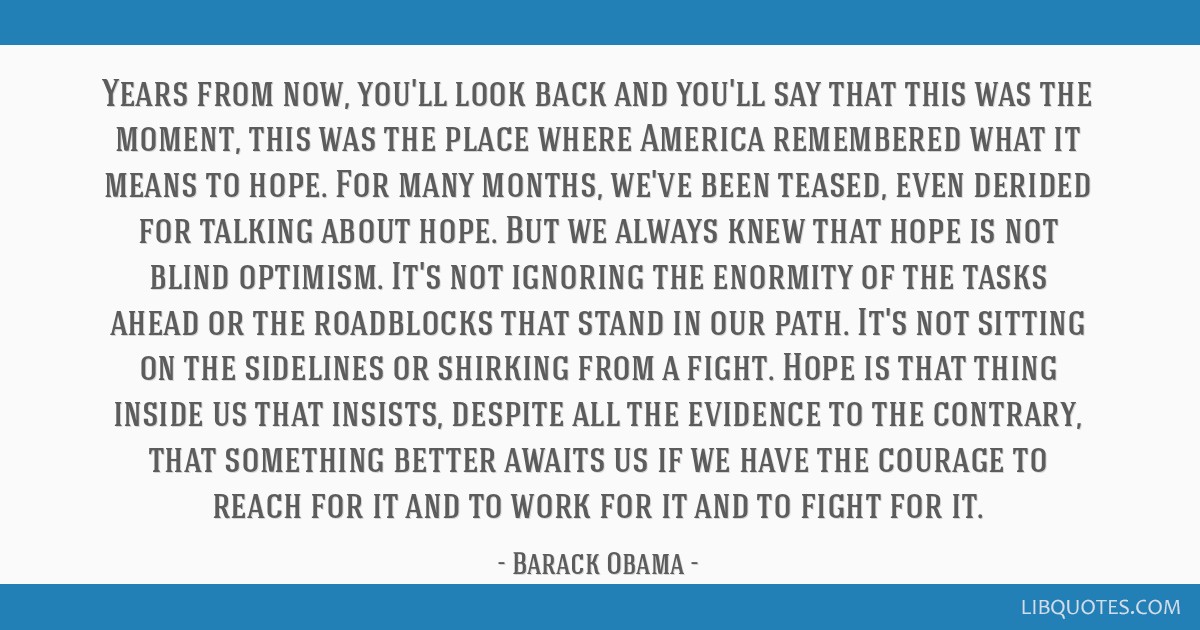 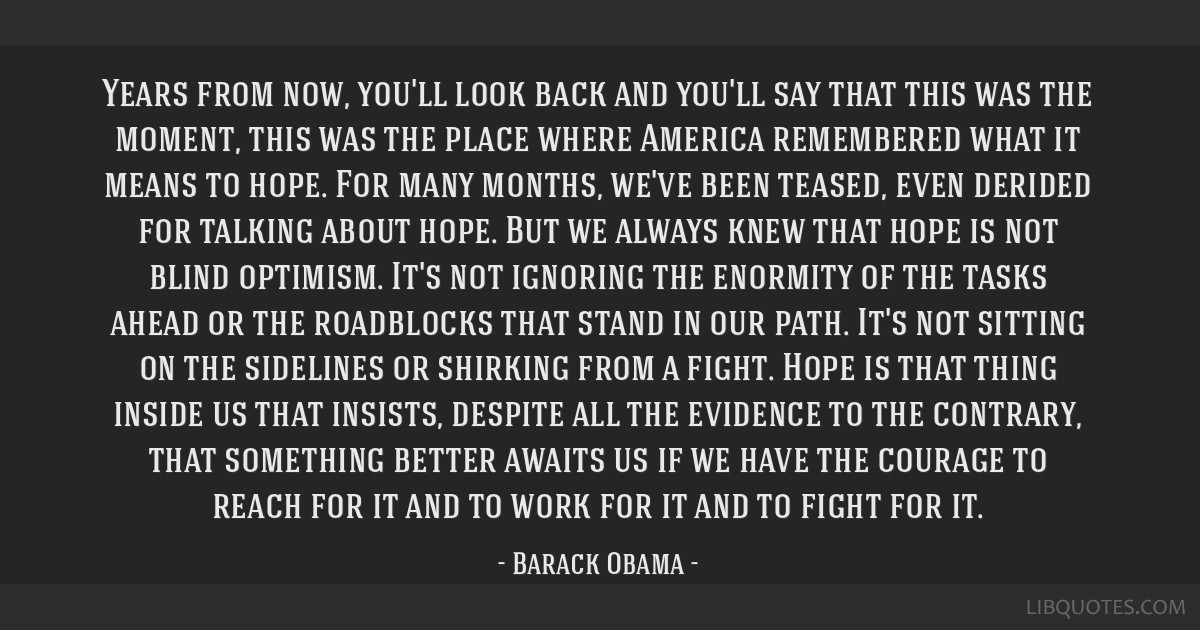 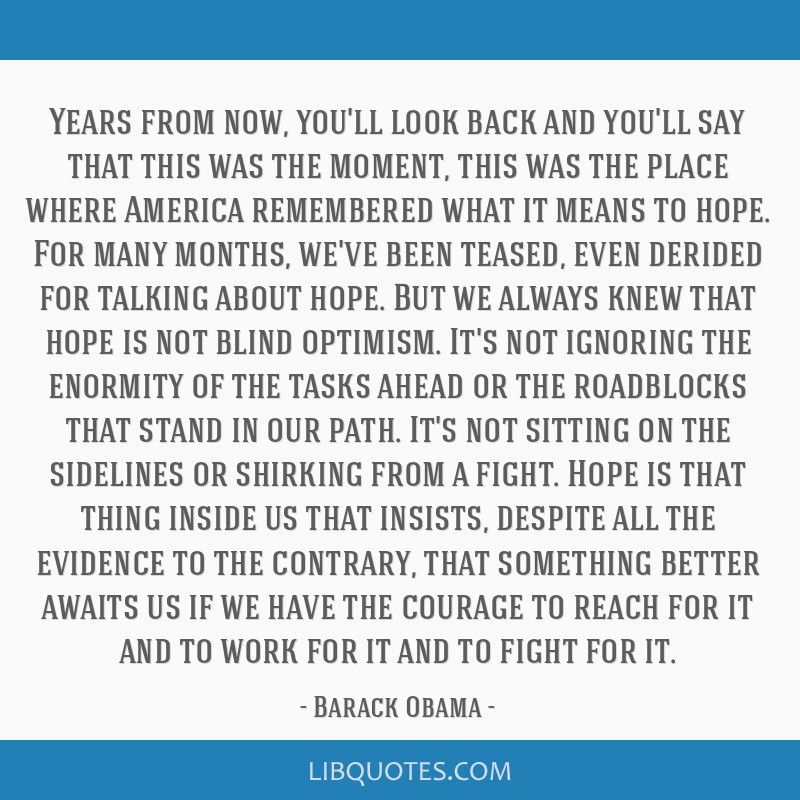 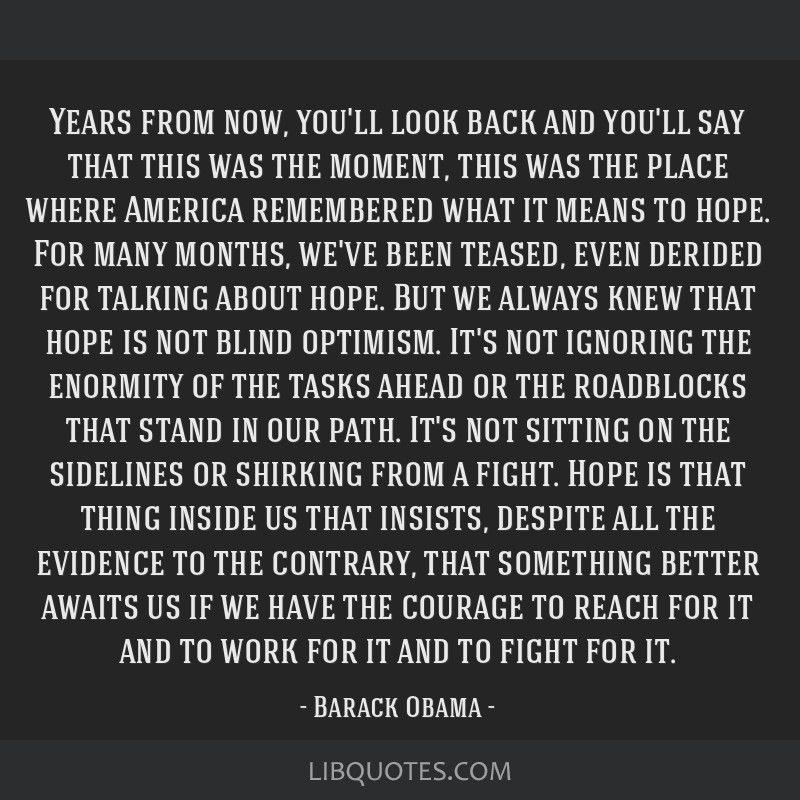