Abiogenesis has a decent amount of evidence behind it, but nowhere near as much as evolution does. So far we still don't know which (if any) of the explanations posed for the origin of life is the most accurate one. But if there's one thing the wisdom of the ages has taught us, it is that simply not yet knowing the real explanation is no reason to go and blame anything on magic. Besides, even if a god did appear and summon the first life into being billions of years ago, there is no question but that life has certainly evolved since then, and is still evolving now. 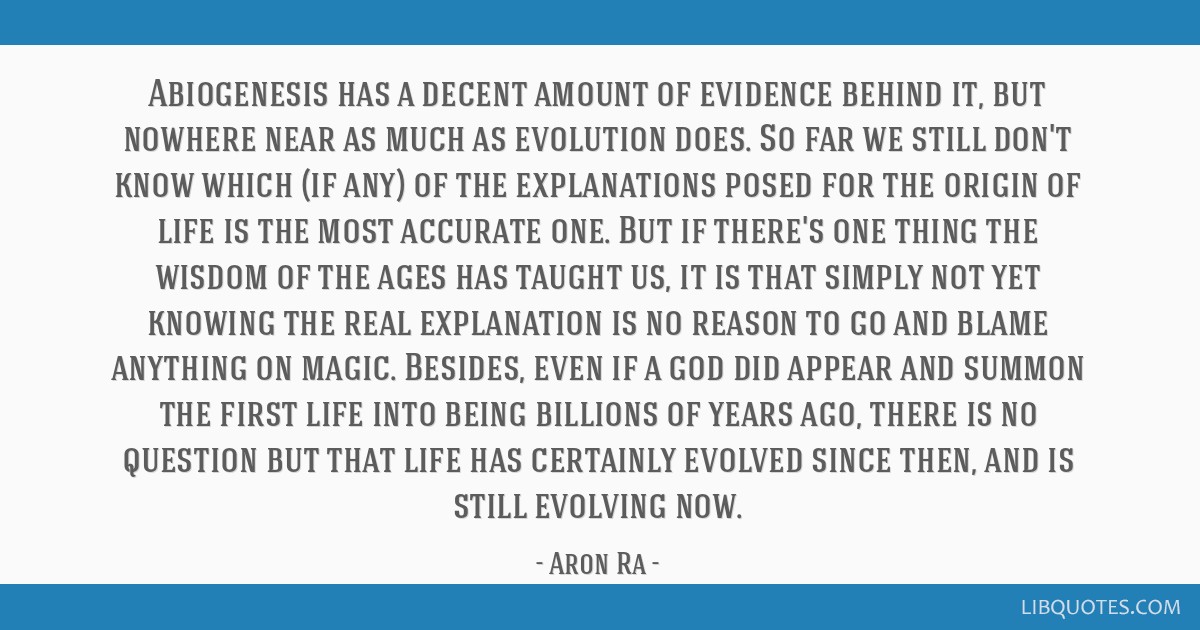 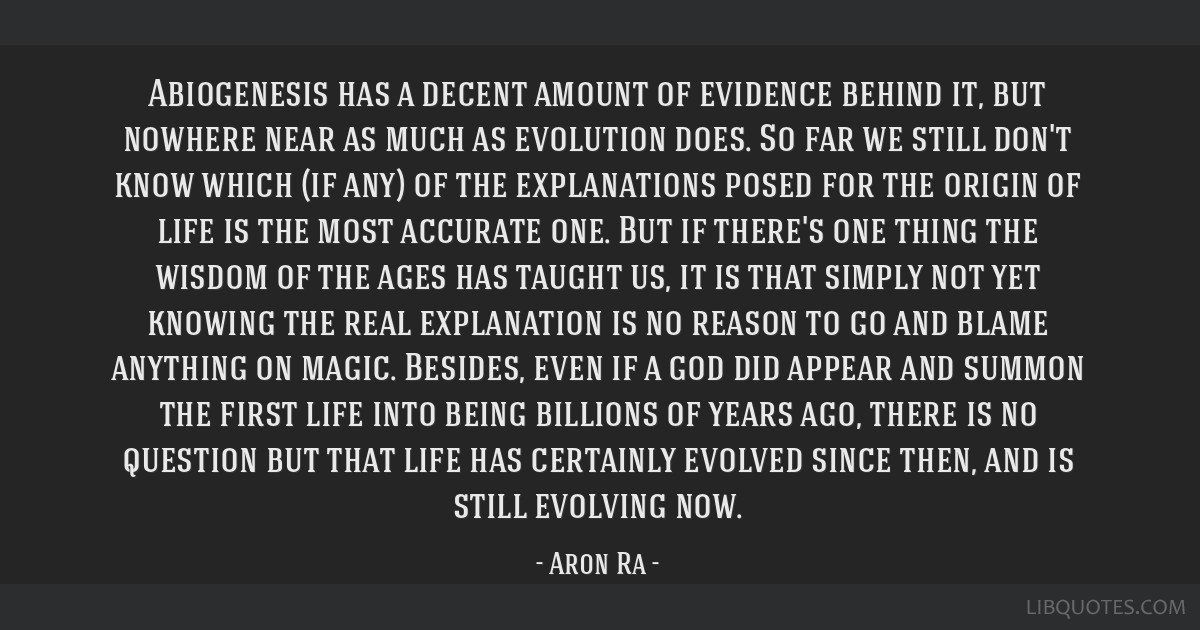 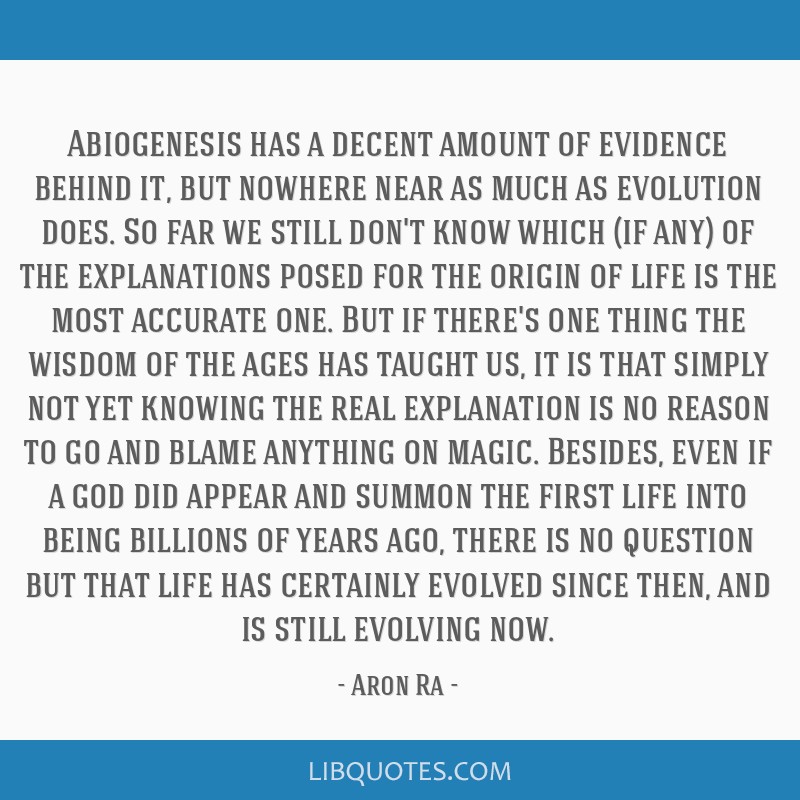 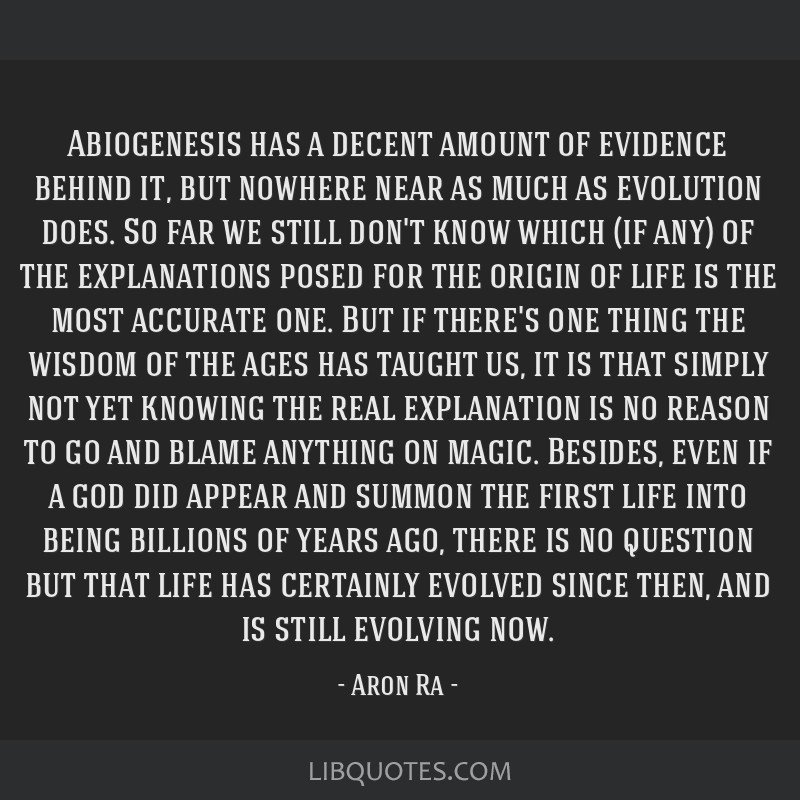