... back when nearly everyone in the Western World was ruled by religions touting these Commandments, it was a period of unparalleled tyranny and cruelty known as the Dark Ages. It was a time of thought police, when one could be killed simply for not believing what they were told. The first half [of the Ten Commandments] only serves to promote religion, with no benefit to humanity at all. Education, enlightenment and free inquiry are the key, not the forced conformity by those claiming authority from an imaginary being. 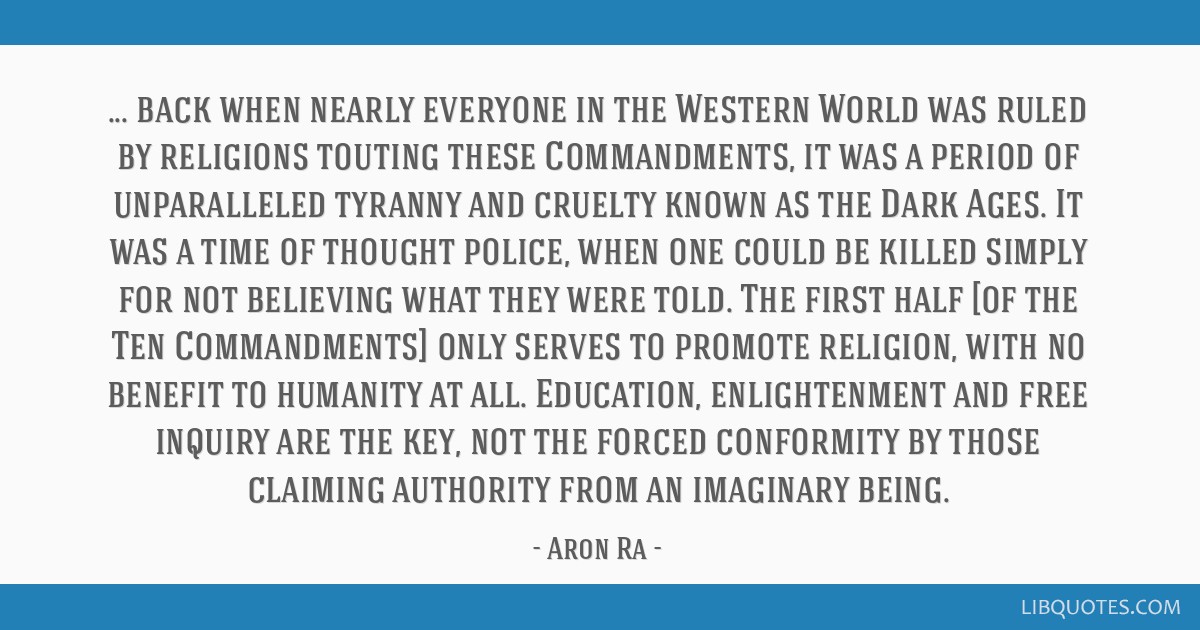 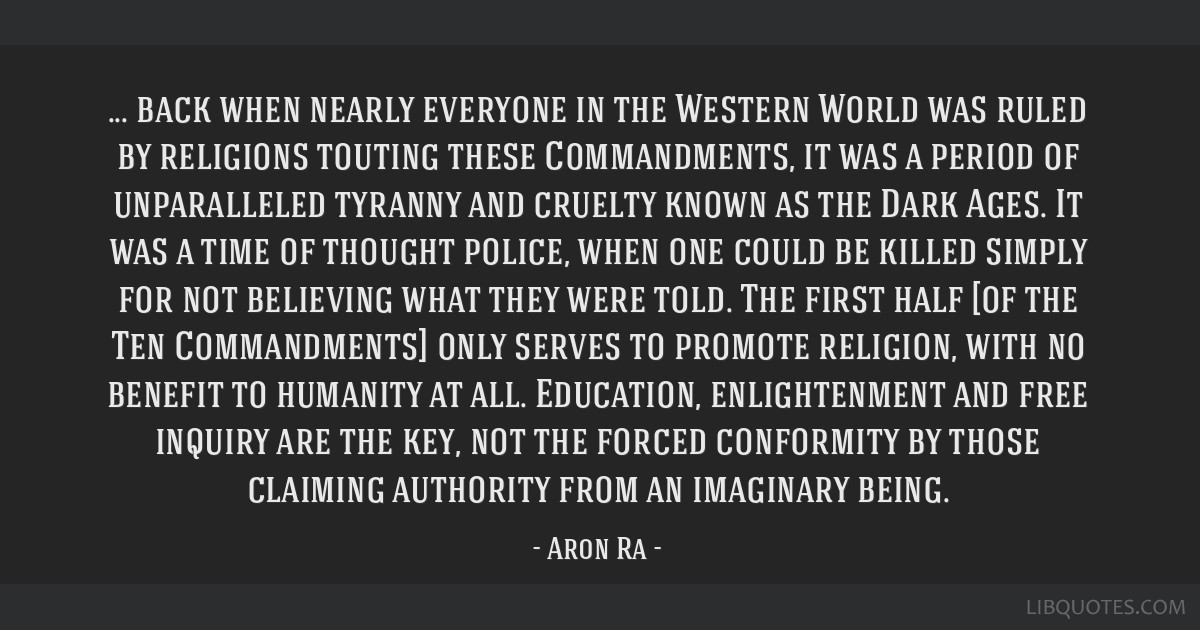 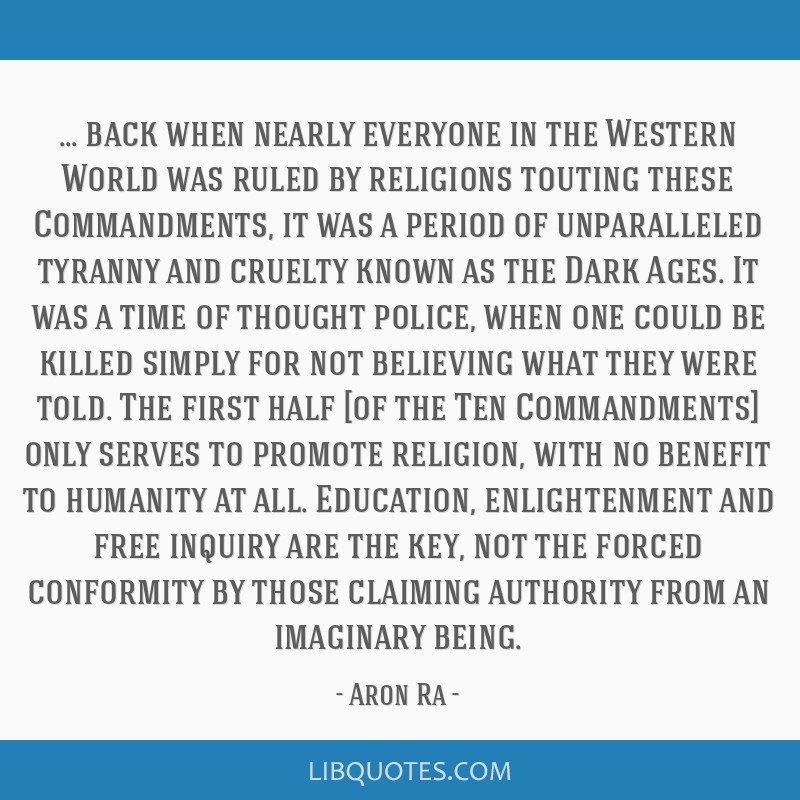 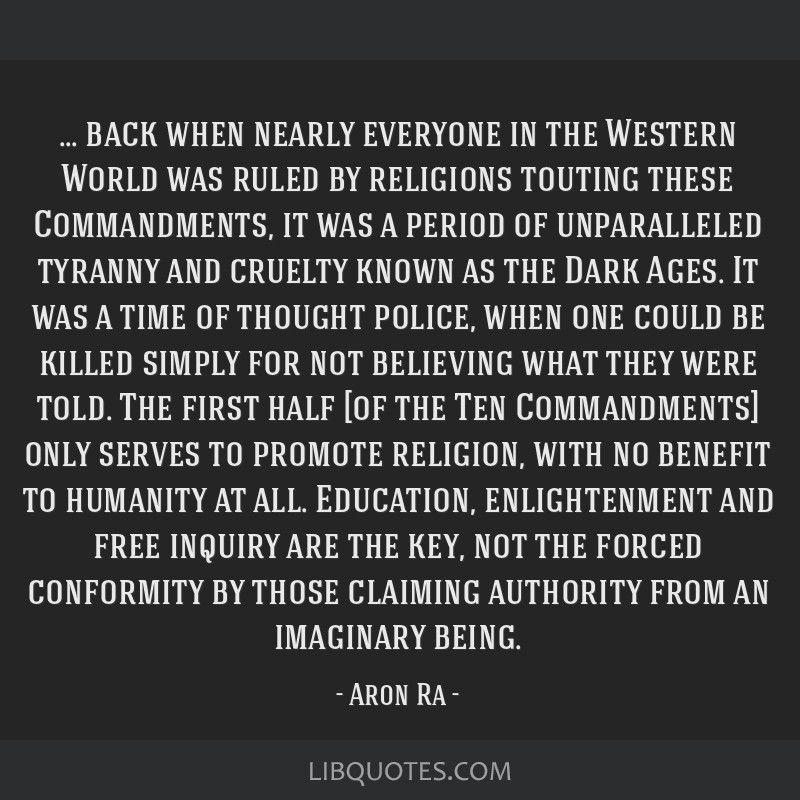