I'm gonna miss the old sith lord. He was the best pope atheists could hope for. He started out as a Hitler youth actually wearing a Nazi uniform. As a Cardinal, he famously conspired to conceal sex crimes against children for the sake of the church. As pope, he addressed an audience in an AIDS ravaged area of Africa, and told them that use of condoms actually increased risk of STDs. His objection to birth-control took precedence over human life. That is how evil he is. 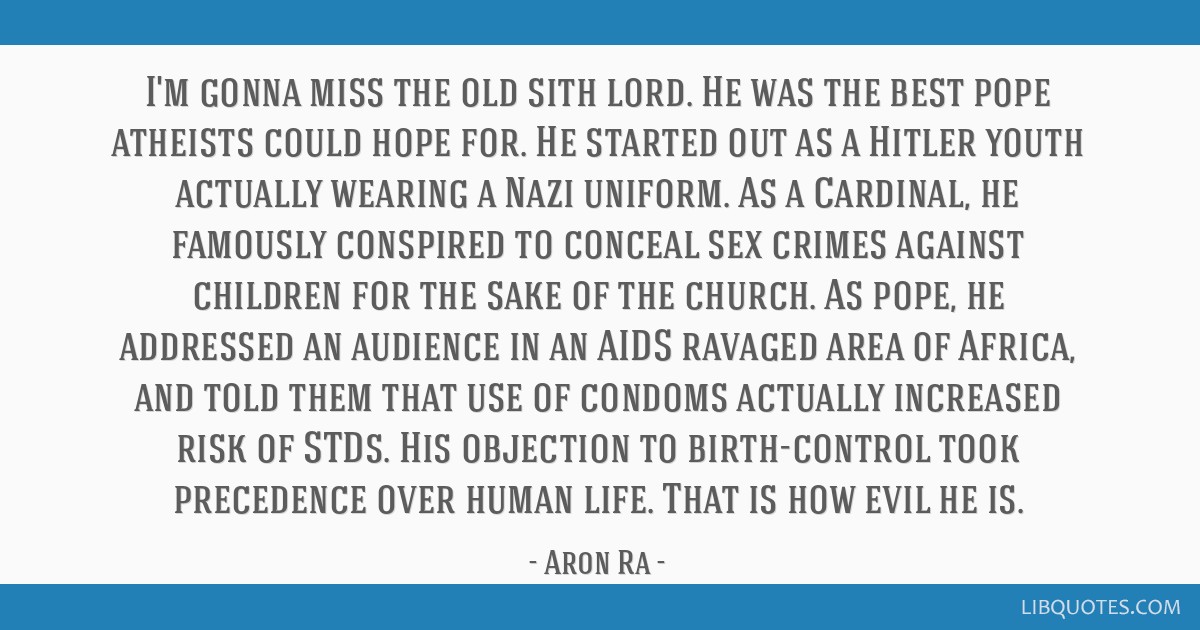 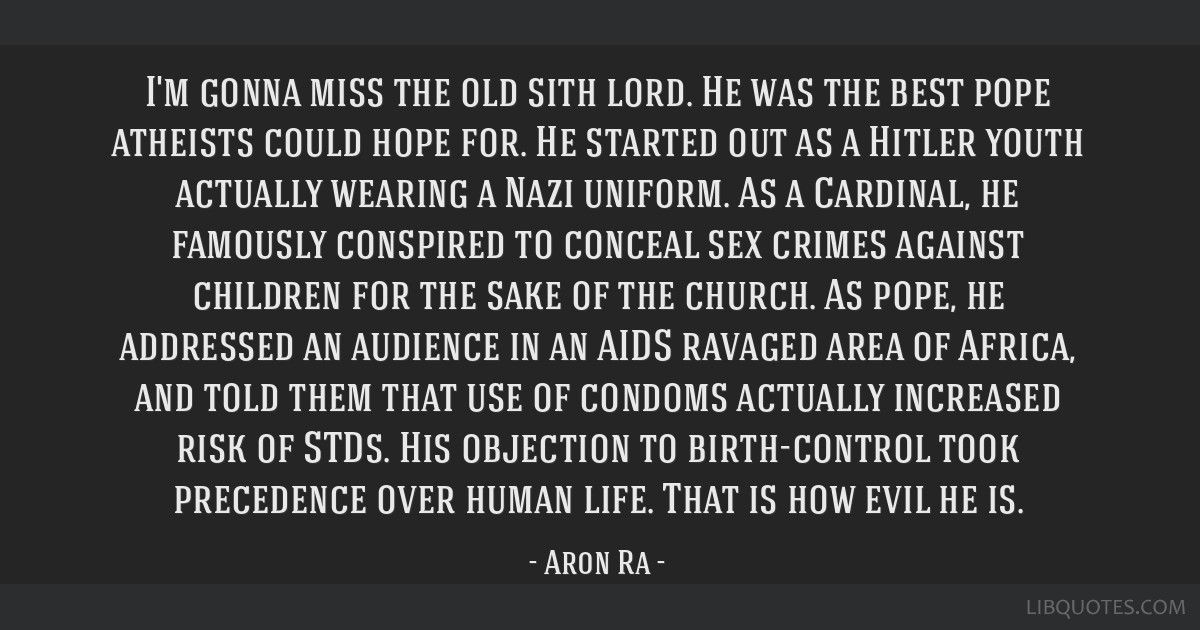 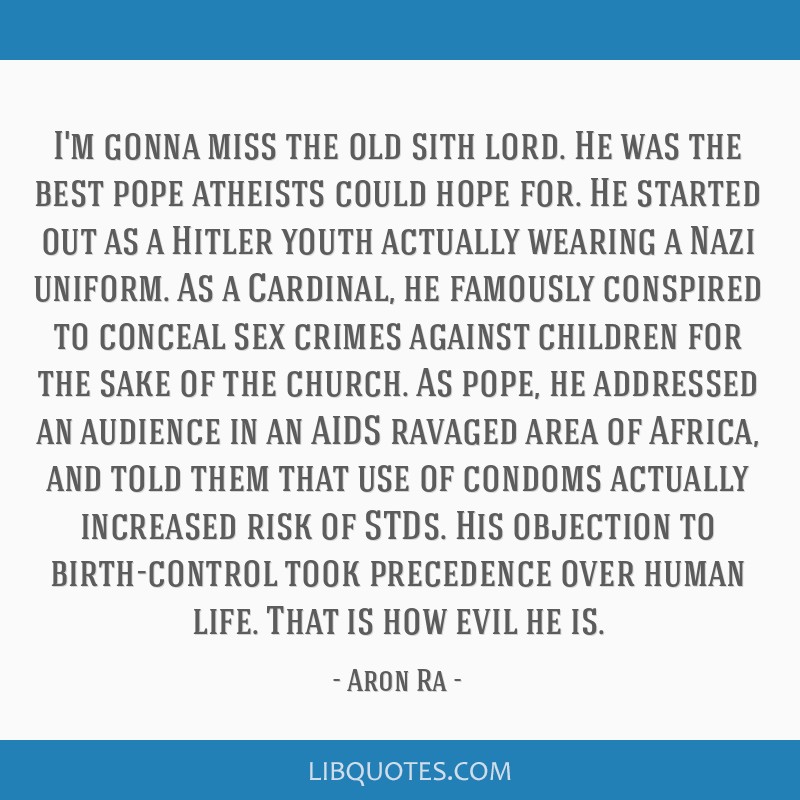 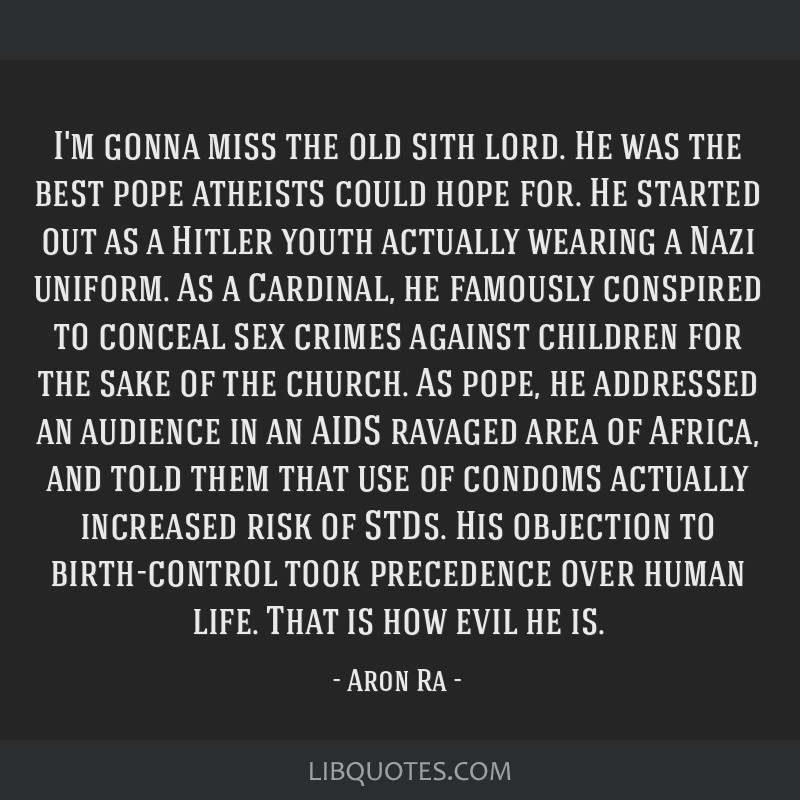