Convicted fraud and pseudoscience charlatan, Mister Kent Hovind argues that what has already been directly-observed and shown to be certainly true is (in his opinion) impossible, and the only option he thinks is possible is that an imperceptible (and possibly imaginary) mystical being poofed everything out of nothing by magic. The irony is that what he proposes is physically impossible because it defies all natural laws, and it's logically implausible since it has neither precedent nor parallel anywhere in reality to imply that it could still be true anyway. Where is there evidence anywhere that such a thing actually exists, or that anything even could have any of these abilities? 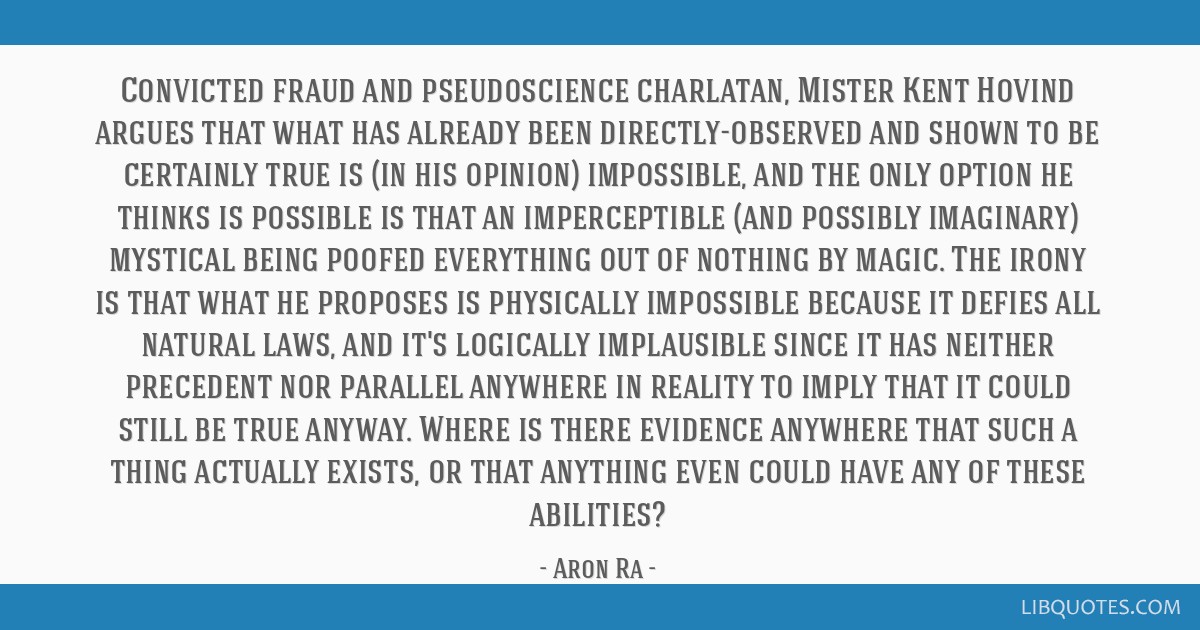 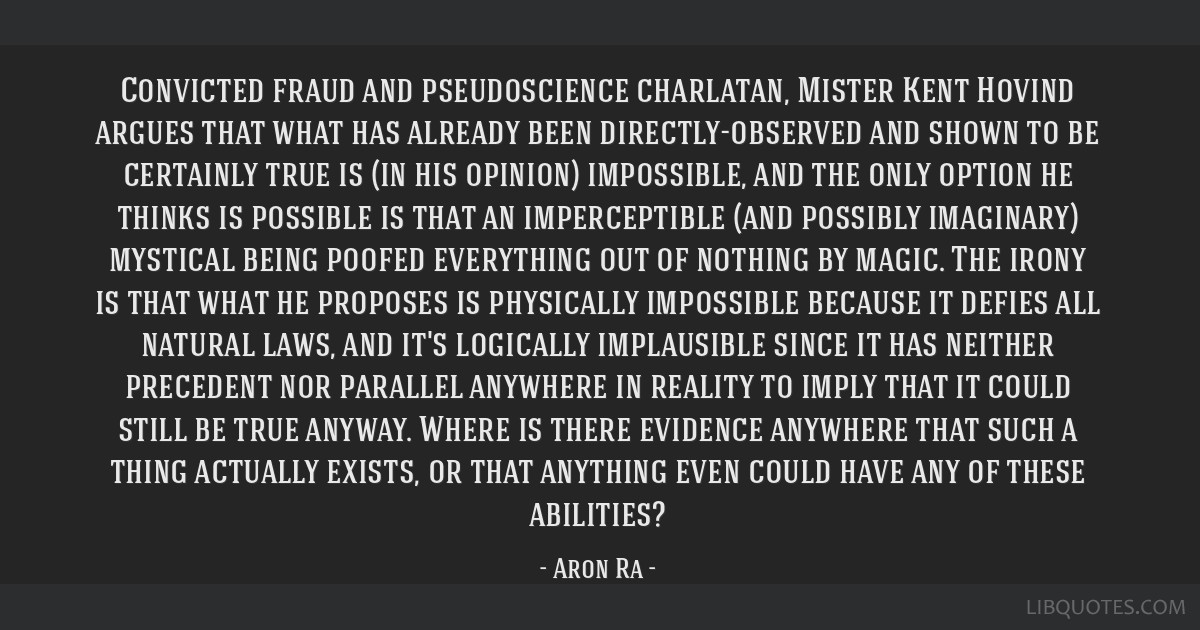 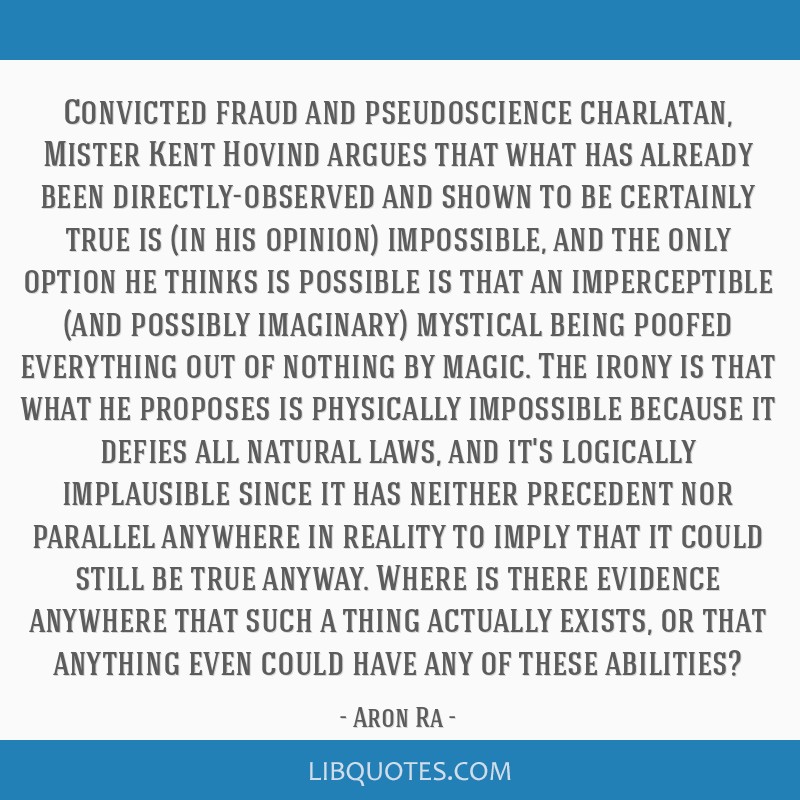 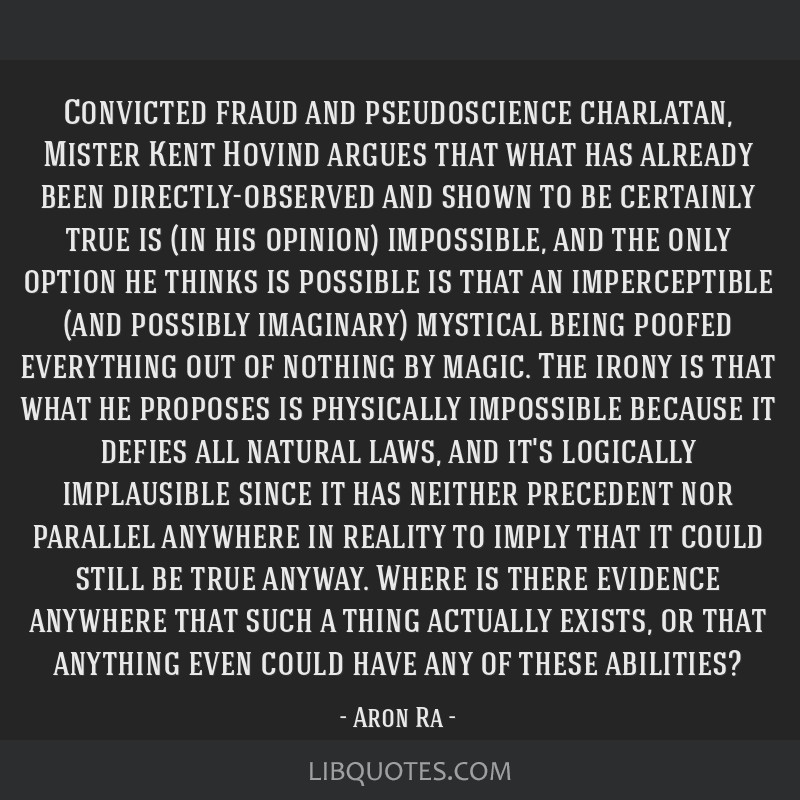