Religion doesn't solve the problem of rape at all; it exacerbates it. It should be (and in some atheist societies, it is this way) that women could walk about scantily-clad or even nude, and that men would have respect or sanity enough not to be violent against them on such paltry excuses as a lack of human decency or self control. I mean, you don't bludgeon children to death when someone's kid is crying loudly and annoying you, right? So why would you victimize a woman just because you find her attractive? That's sick, but that is the attitude that is typically perpetuated by religion.

Patheos - How is secular humanist governance better than theocracy? (September 7, 2013) 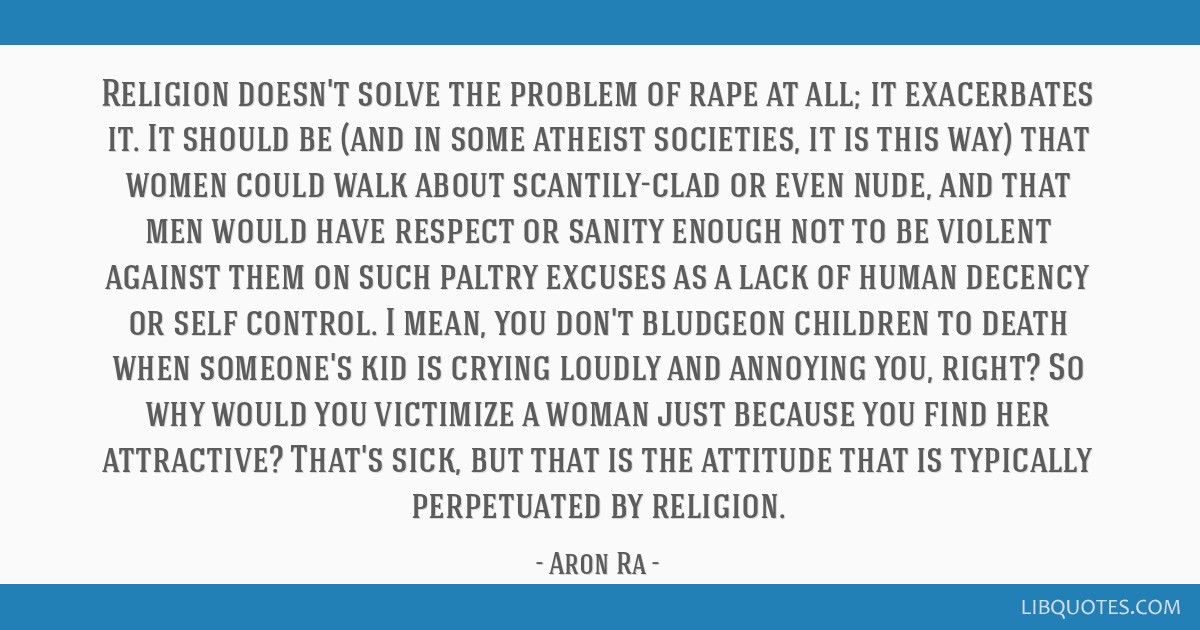 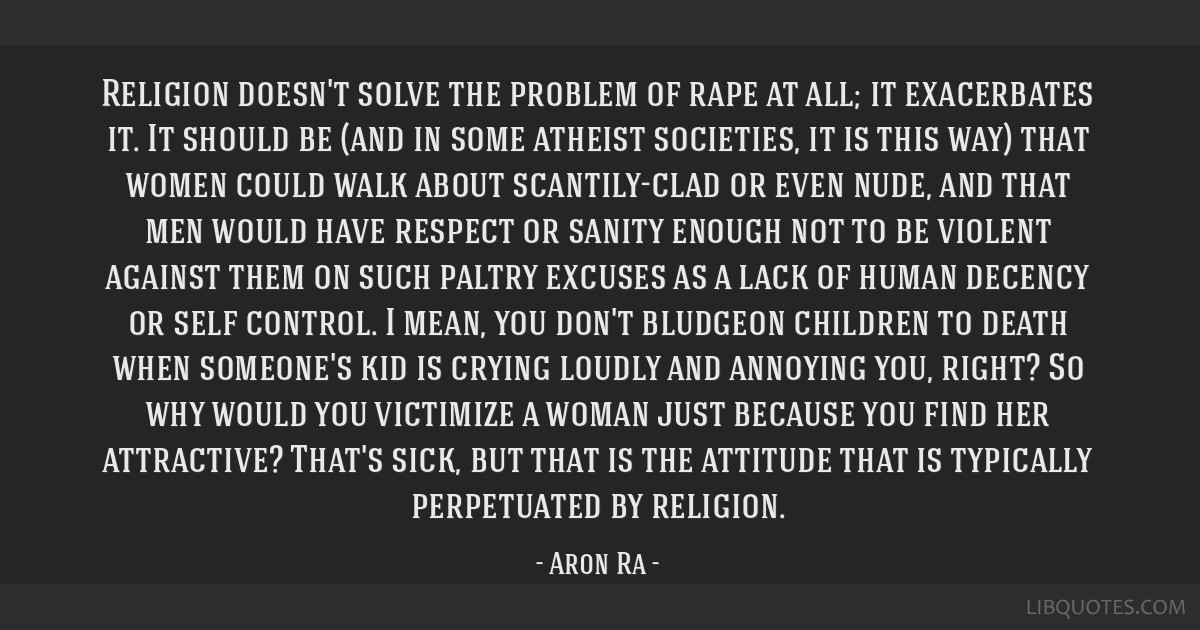 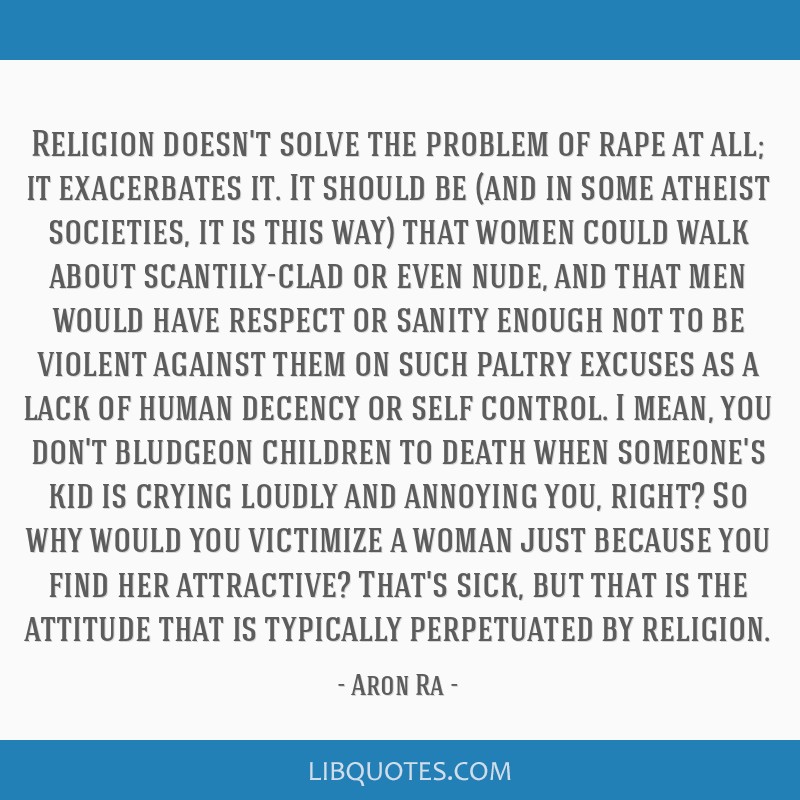 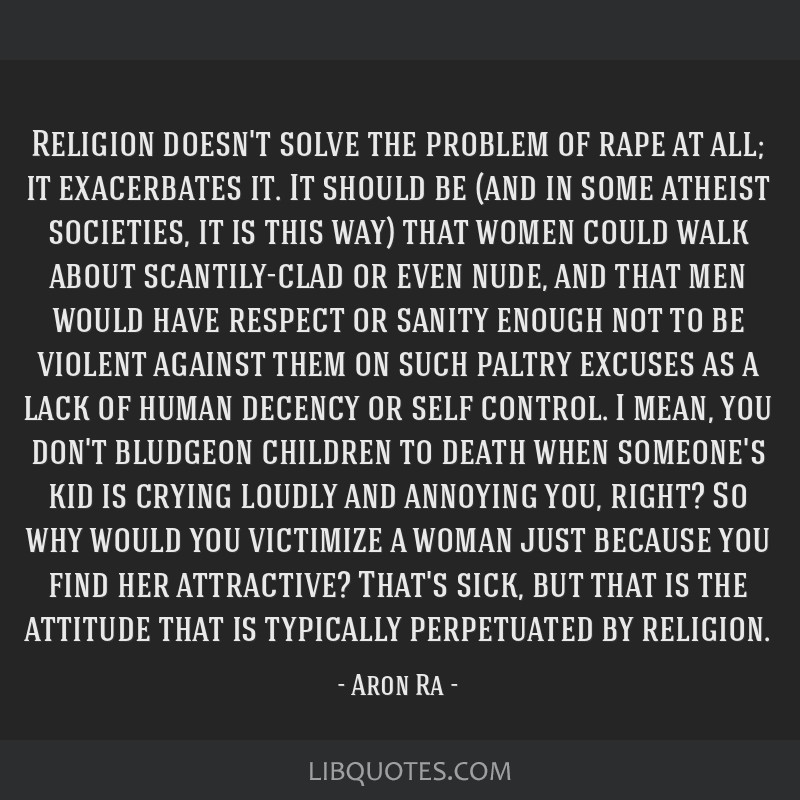