When Sir A. Fountaine was at Berlin with Leibnitz in 1701, and at supper with the Queen of Prussia, she asked Leibnitz his opinion of Sir Isaac Newton. Leibnitz said that taking mathematicians from the beginning of the world to the time when Sir Isaac lived, what he had done was much the better half; and added that he had consulted all the learned in Europe upon some difficult points without having any satisfaction, and that when he applied to Sir Isaac, he wrote him in answer by the first post, to do so and so, and then he would find it.

Anecdote (1701) from John Conduitt's manuscript, as quoted by Sir David Brewster, Memoirs of the Life, Writings, and Discoveries of Sir Isaac Newton (1855) Vol.2 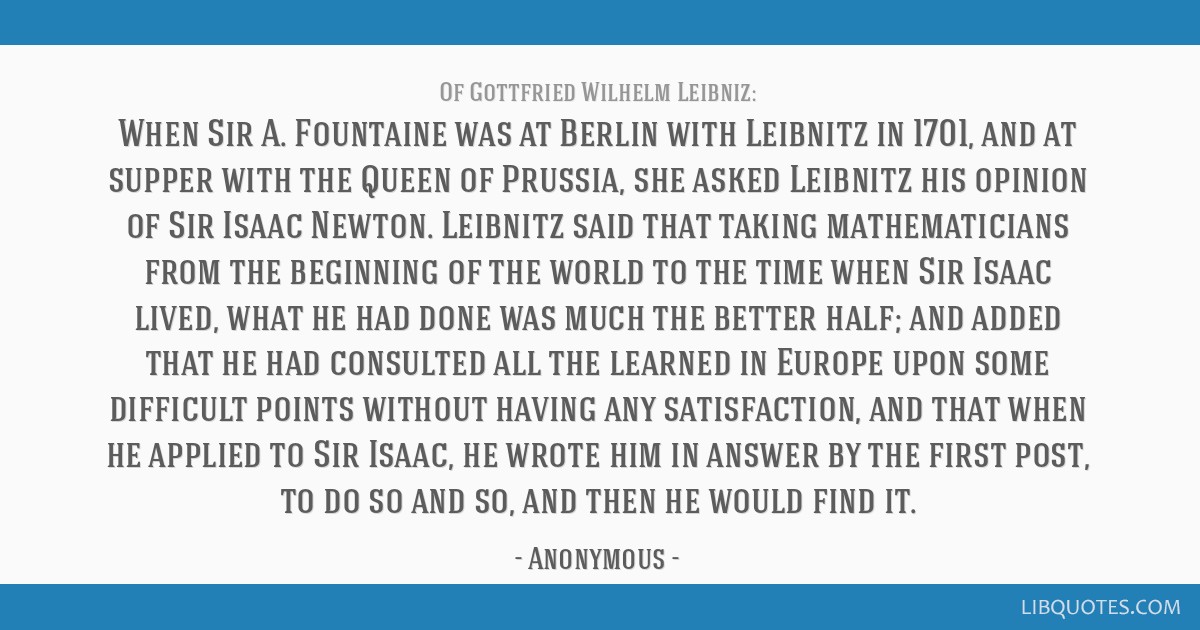 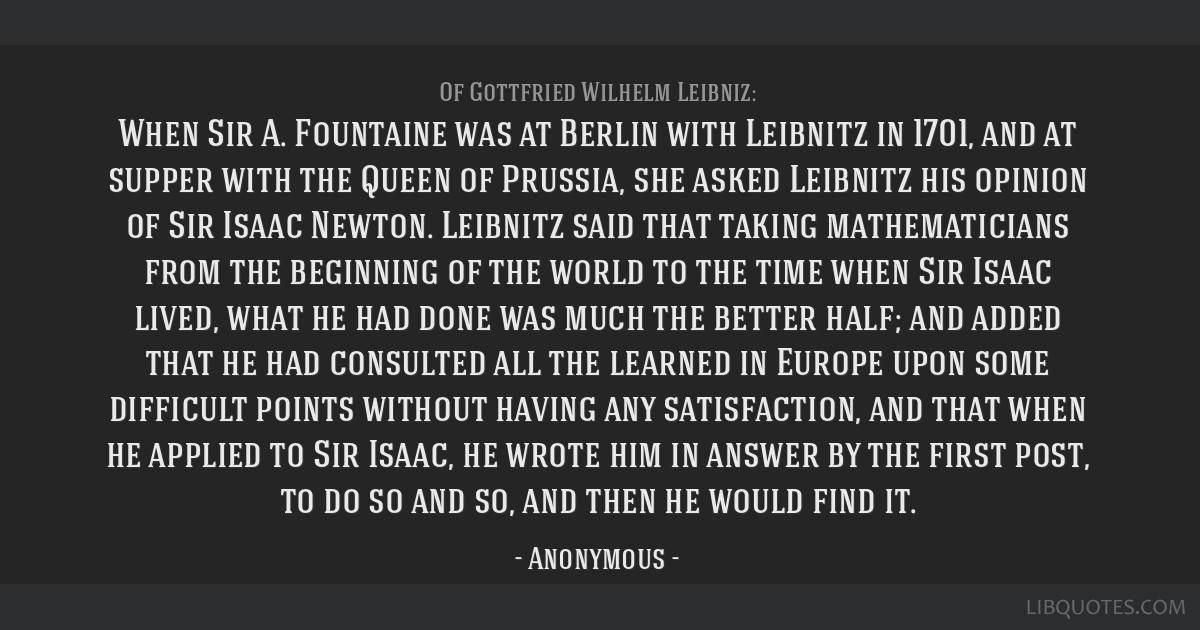 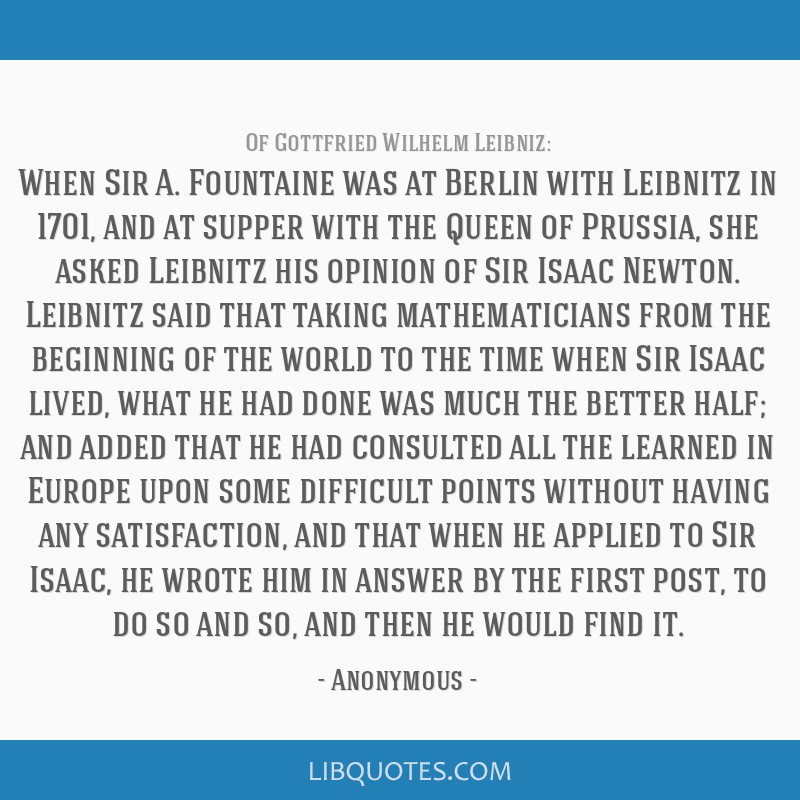 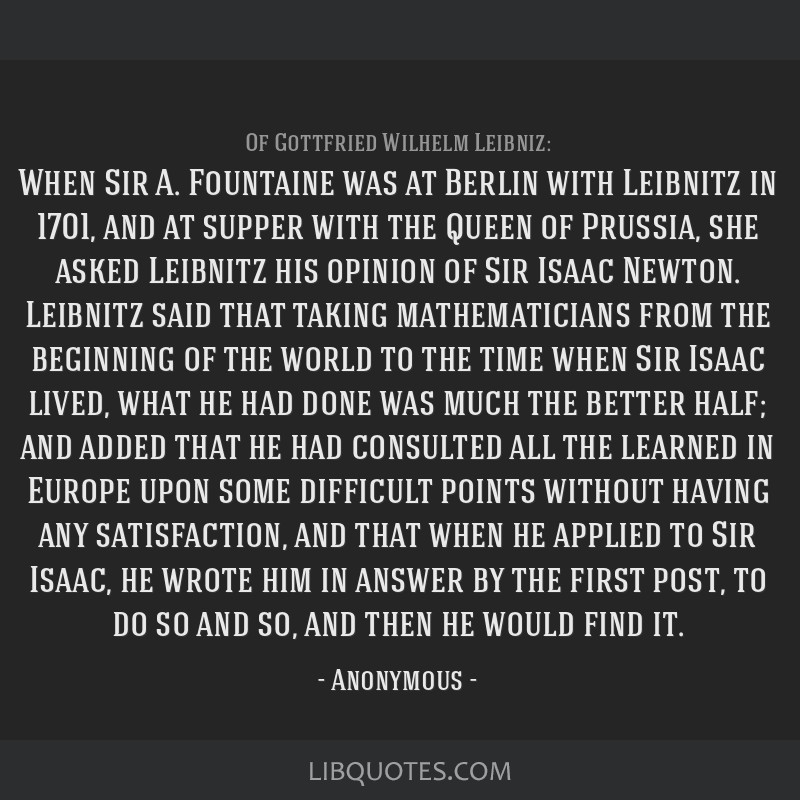