Annie Lennox
There are two kinds of artists left: those who endorse Pepsi and those who simply won't. 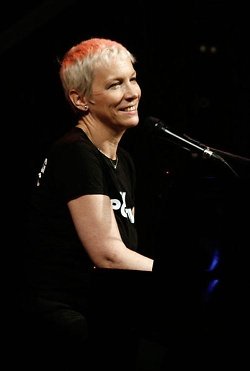 Creative Commons
Born: December 25, 1954 (age 65)
Bio: Ann "Annie" Lennox is a Scottish singer, songwriter, political activist and philanthropist. After achieving moderate success in the late 1970s as part of the new wave band The Tourists, she and fellow musician David A.
Known for: