When I say I want to photograph someone, what it really means is that I'd like to know them. Anyone I know I photograph. 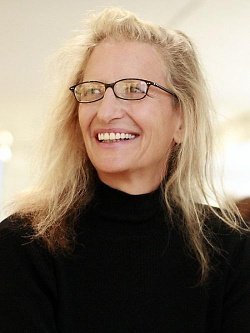 Creative Commons
Born: October 2, 1949 (age 71)
Bio: Anna-Lou "Annie" Leibovitz is an American portrait photographer. She photographed John Lennon on the day he was assassinated, and her work was used on two record albums by Joan Armatrading.
Known for: