I'm interested in the division that Judeo-Christianity has made between human nature and animal nature. None of the other great faiths in the world have got quite that division between us and them. None of the others has made this enormous division between birds and beasts who, as Darwin said, would have developed consciences if they'd had the chance, and us. I think it's one of the scars in Western Europe. I think it's one of the scars in our culture that we have too high an opinion of ourselves. We align ourselves with the angels instead of the higher primates. 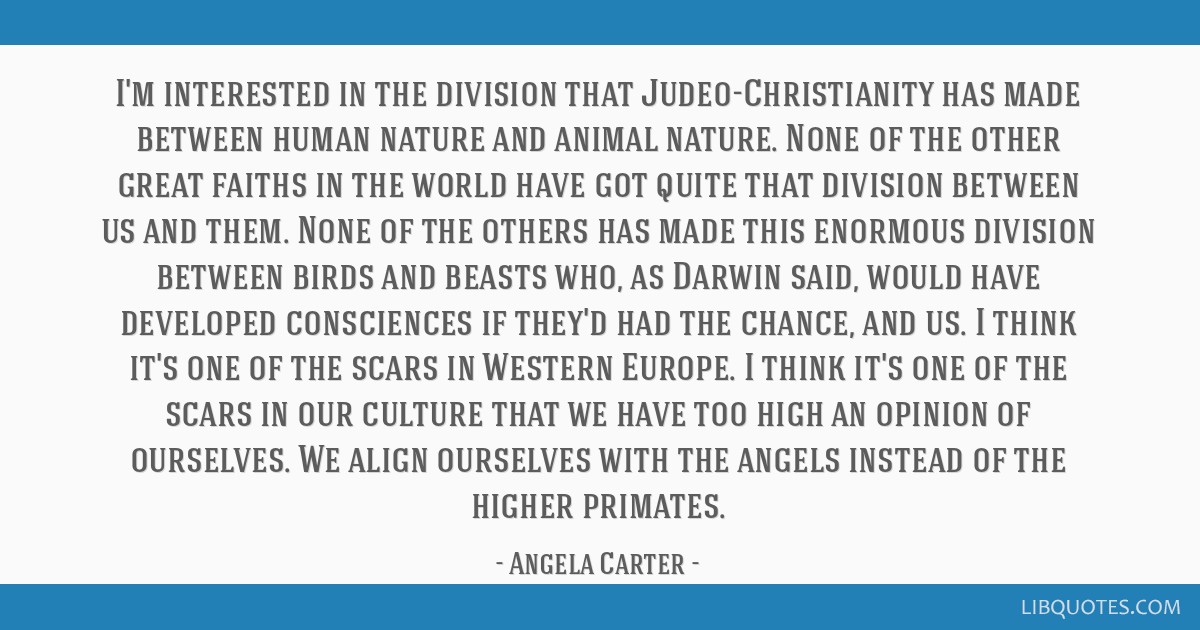 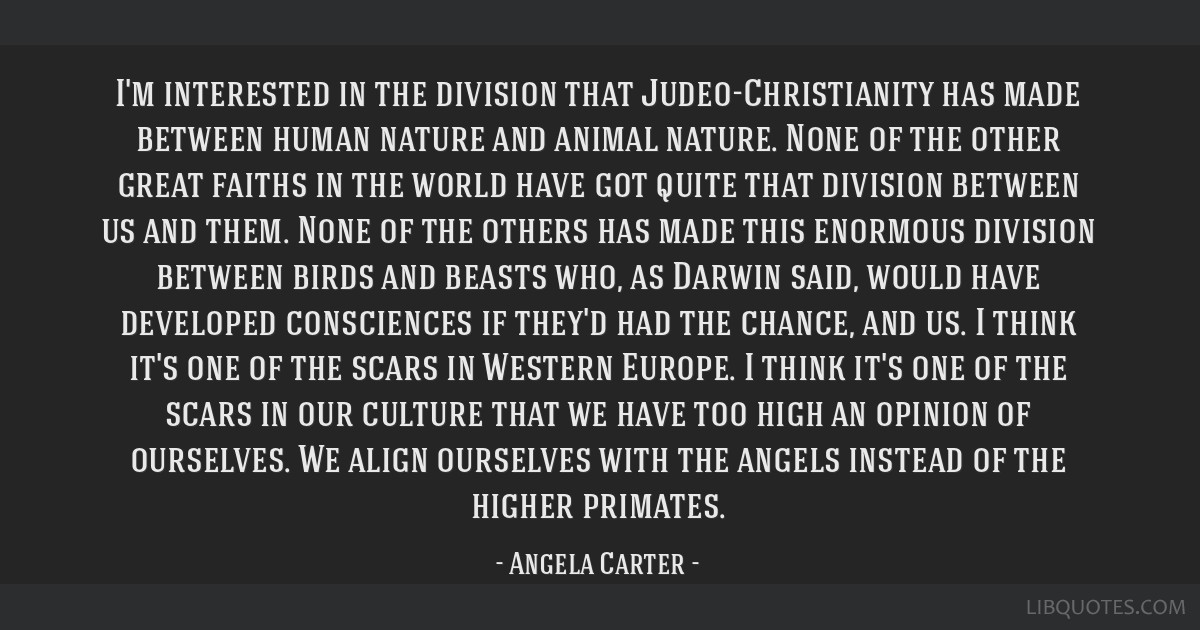 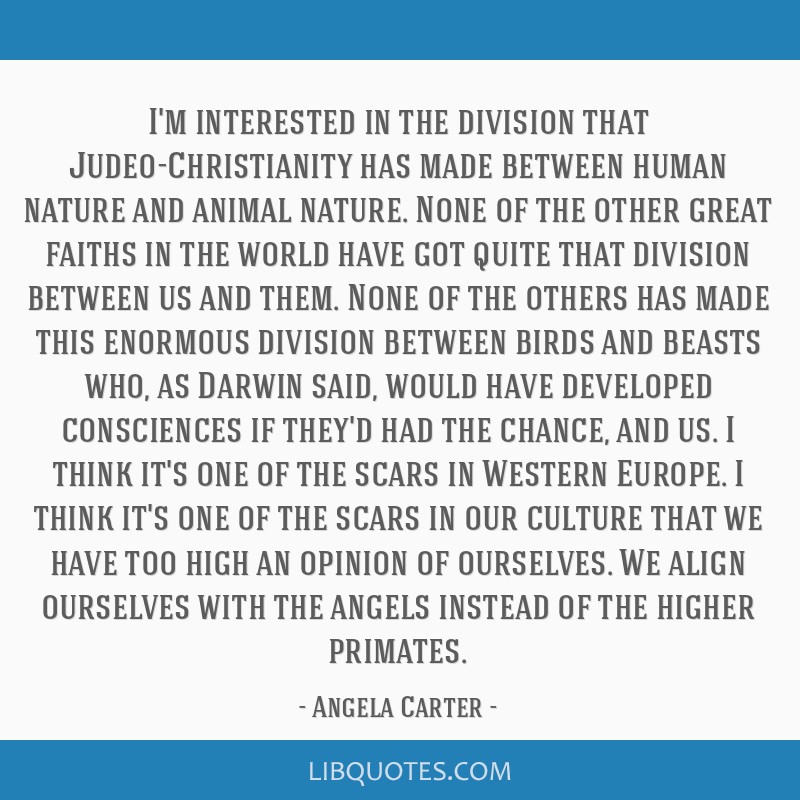 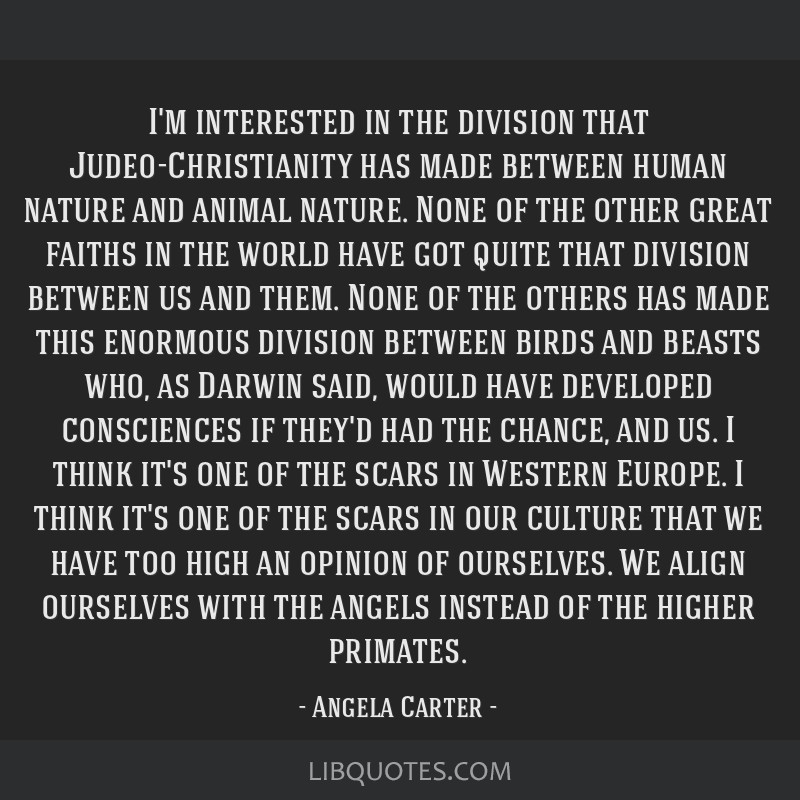