Once a paratrooper, always a paratrooper. That's how Pakistani President Gen. Pervez Musharraf could be described in the wake of his decision over the weekend to suspend the Constitution and impose a state of emergency. He has always managed to shoot his way out of tight corners in the past. But will the tactic work this time?... In 1999, Musharraf came to power through a coup and didn't impose martial law. Eight years later, he has opted for a second coup, this time with the iron fist – a biting comment on his own performance in office. 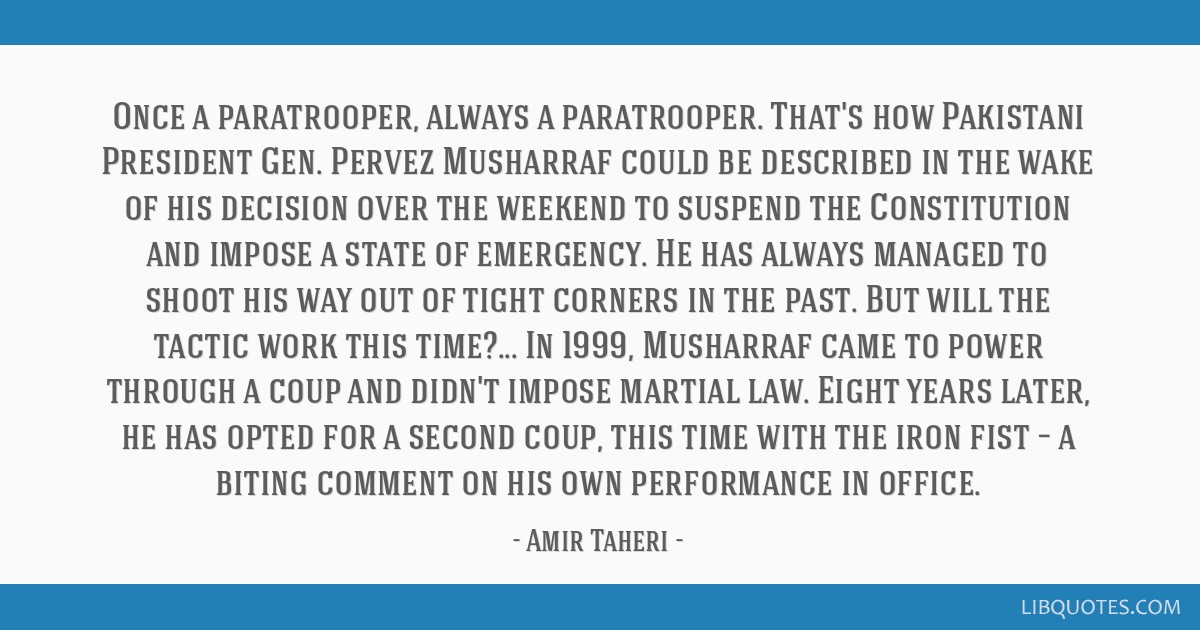 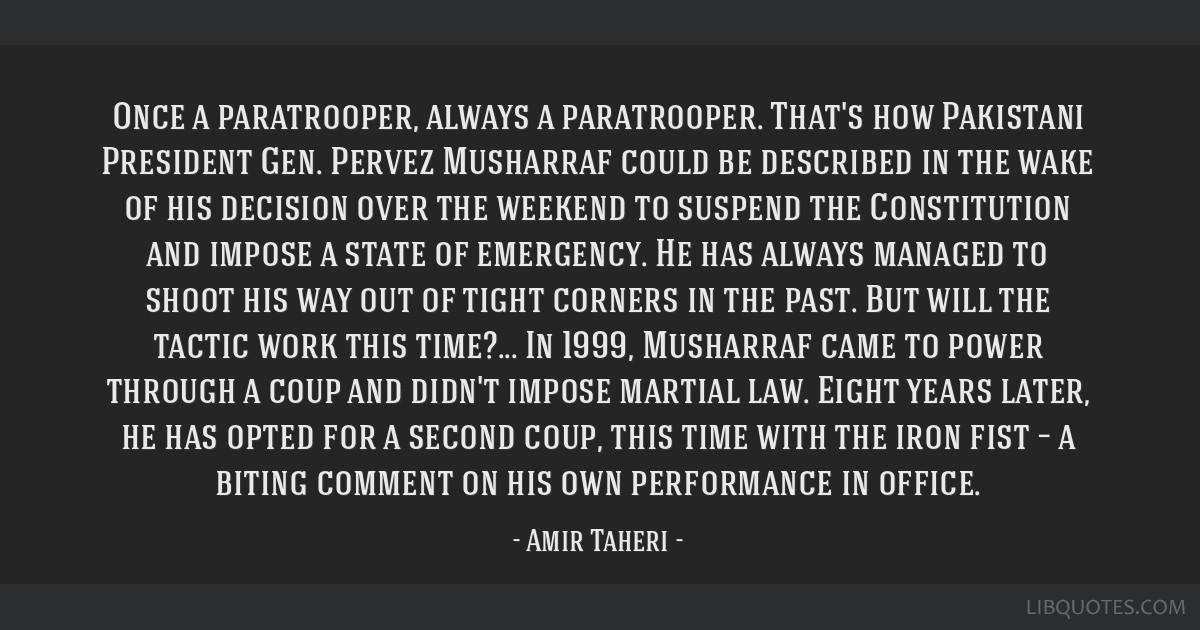 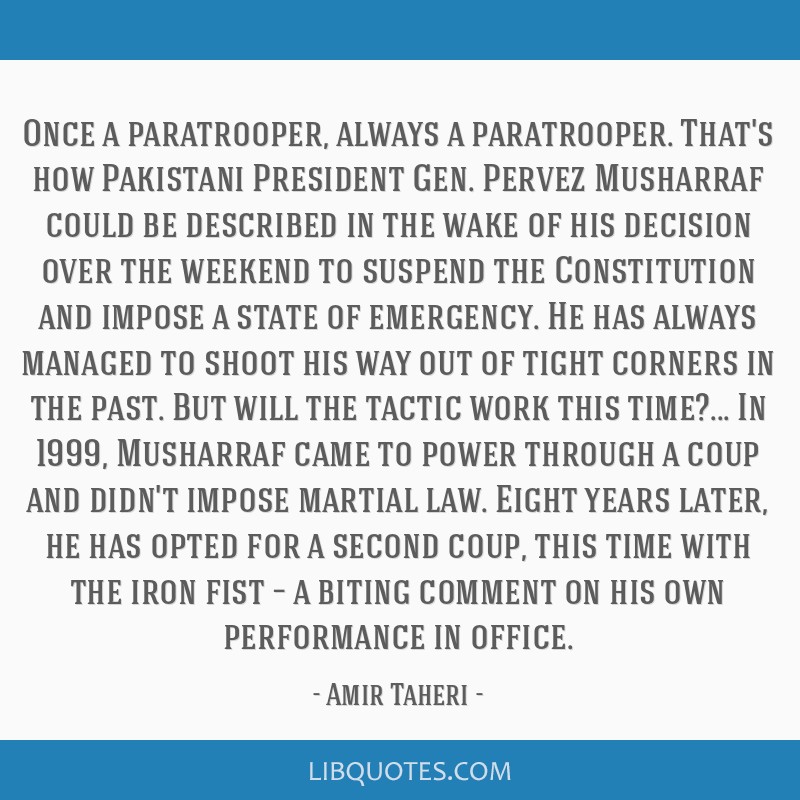 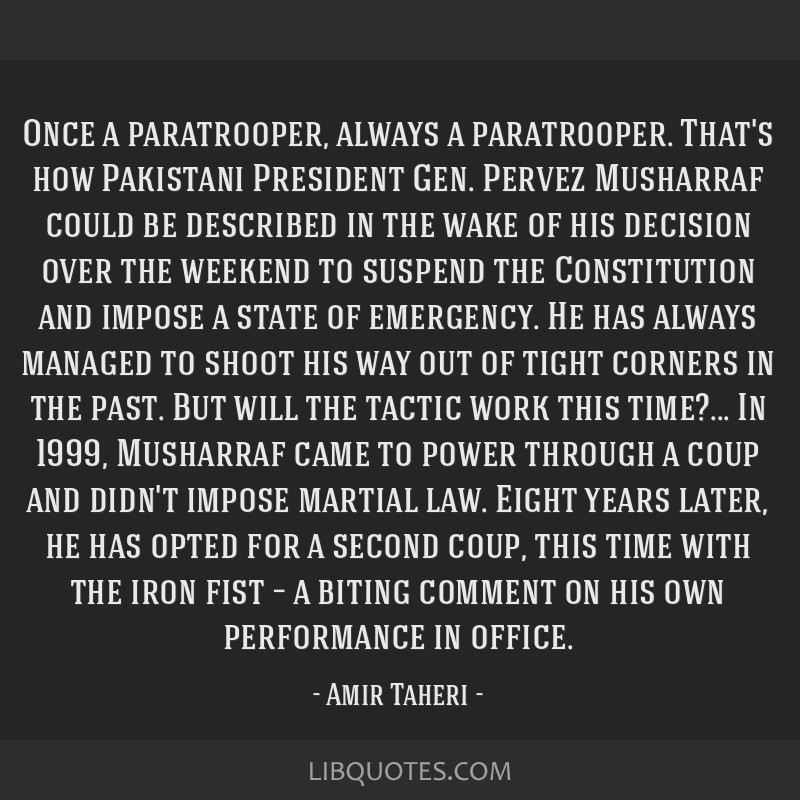 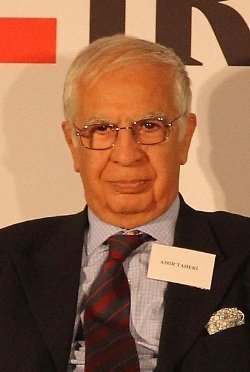