There are some situations which men understand by instinct, by which reason is powerless to explain; in such cases the greatest poet is he who gives utterance to the most natural and vehement outburst of sorrow. Those who hear the bitter cry are as much impressed as if they listened to an entire poem, and when th sufferer is sincere they are right in regarding his outburst as sublime. 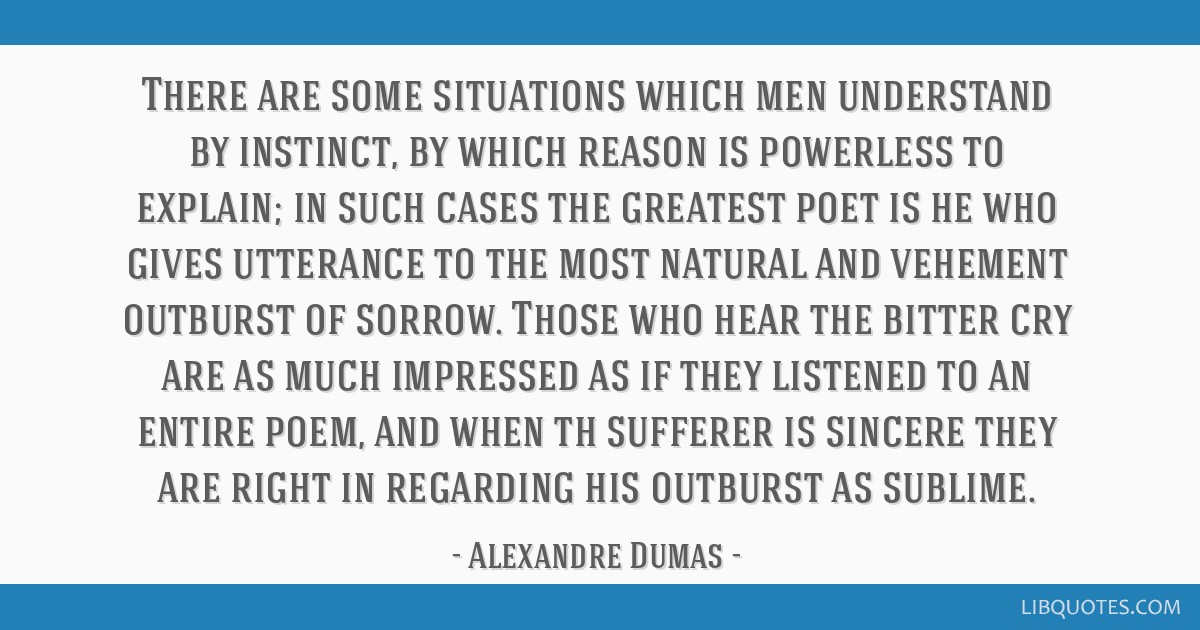 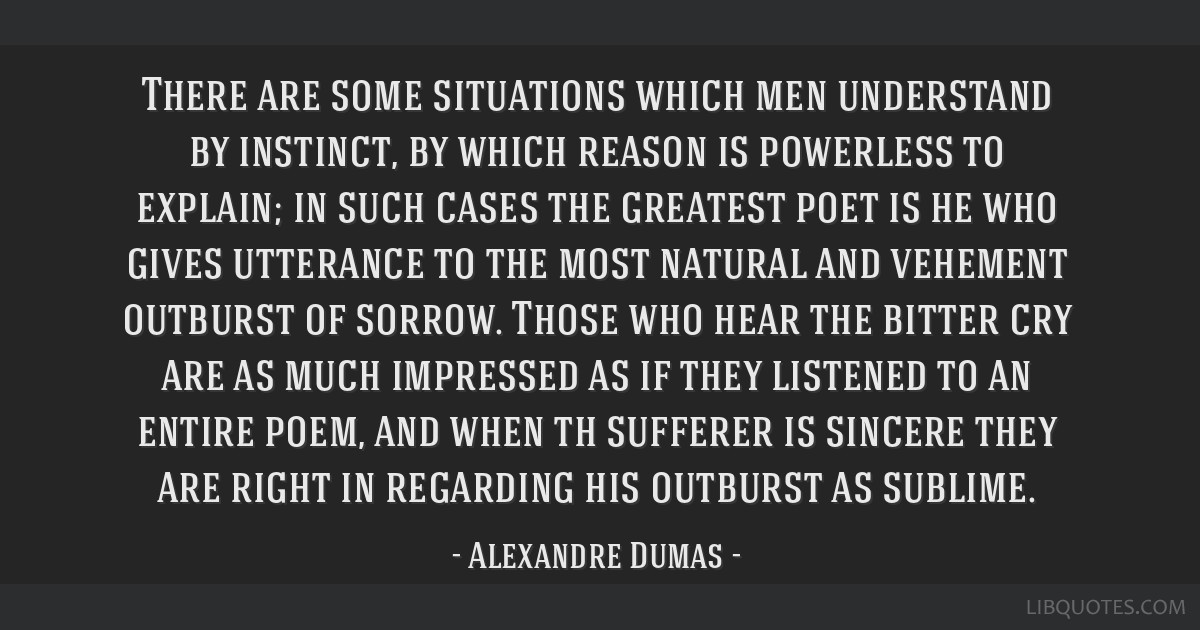 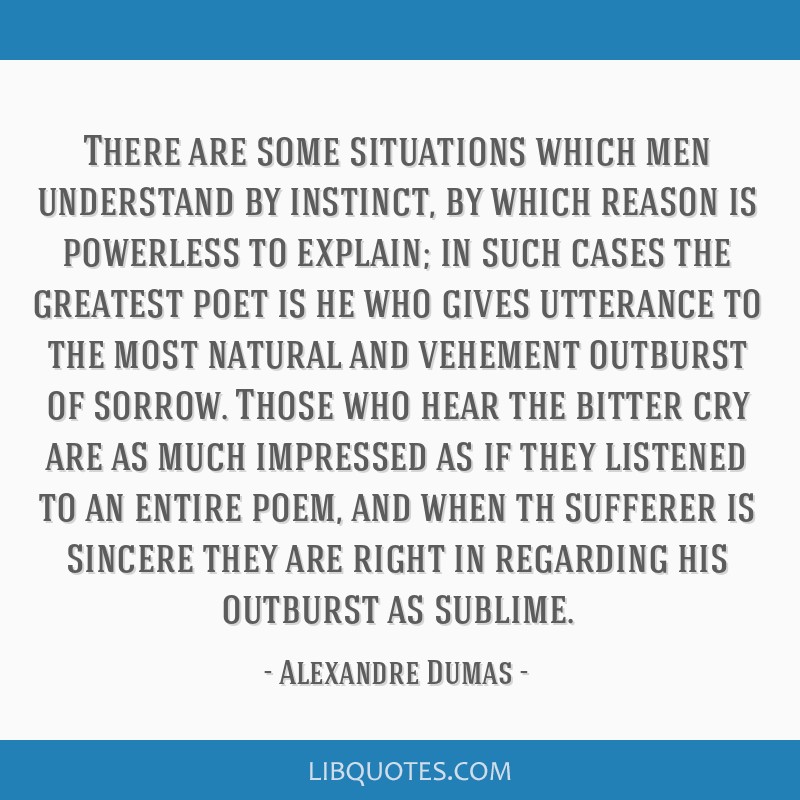 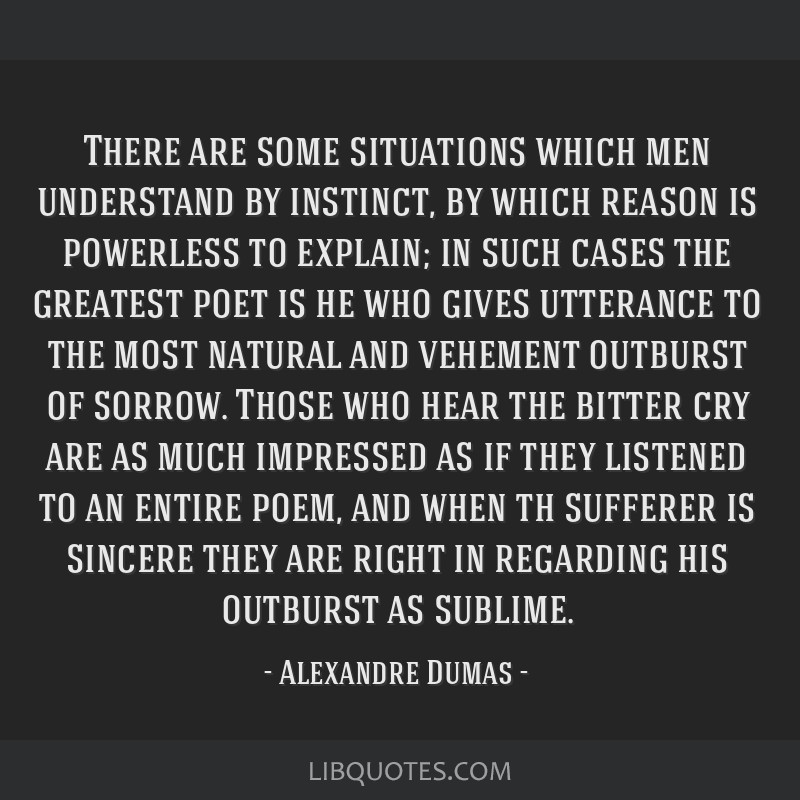 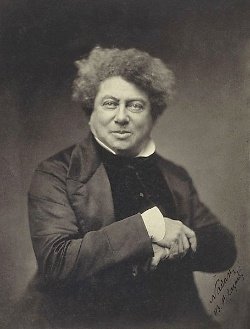