One Folk, One Realm, One Leader. Union with the unity of an insect swarm. Knowledgeless understanding of nonsense and diabolism. And then the newsreel camera had cut back to the serried ranks, the swastikas, the brass bands, the yelling hypnotist on the rostrum. And here once again, in the glare of his inner light, was the brown insectlike column, marching endlessly to the tunes of this rococo horror-music. Onward Nazi soldiers, onward Christian soldiers, onward Marxists and Muslims, onward every chosen People, every Crusader and Holy War-maker. Onward into misery, into all wickedness, into death! 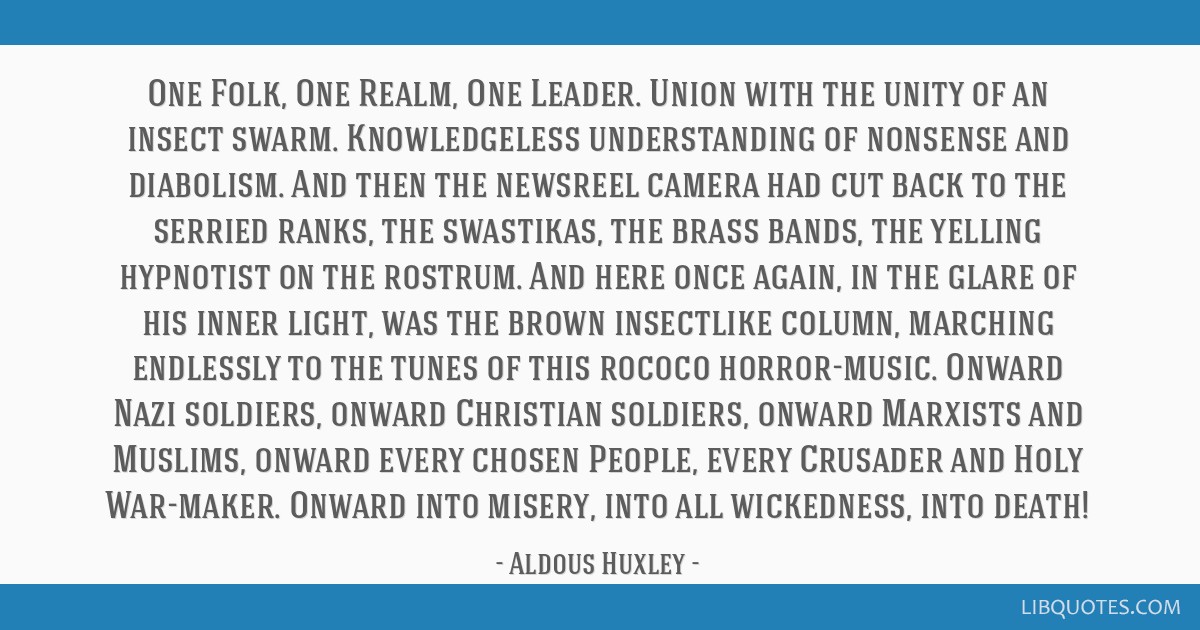 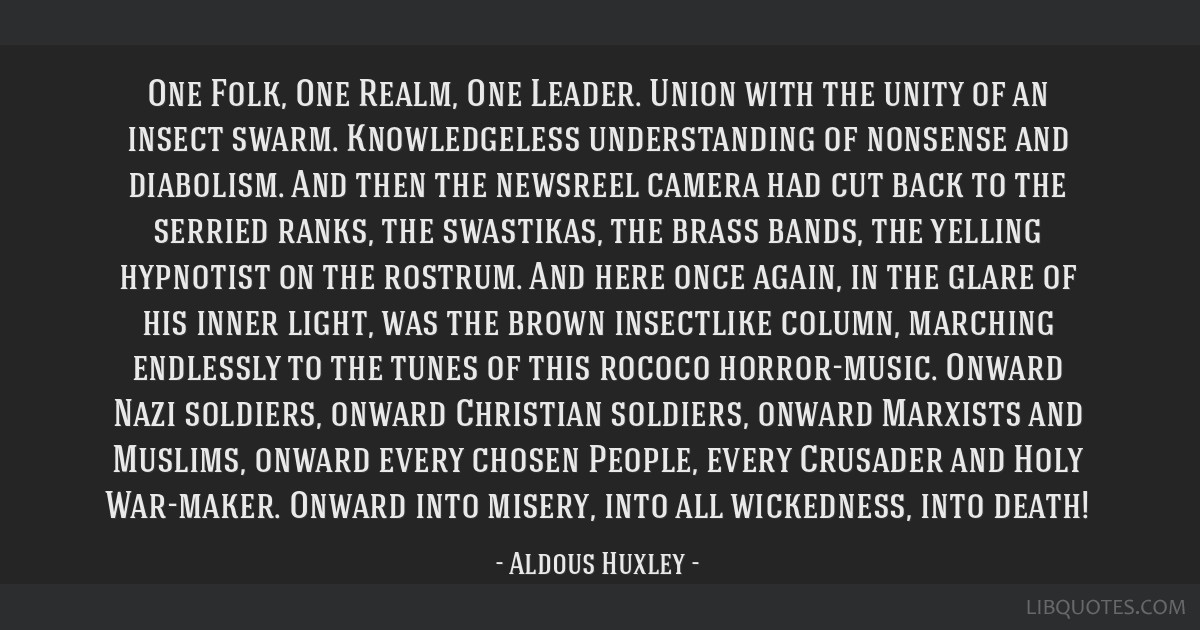 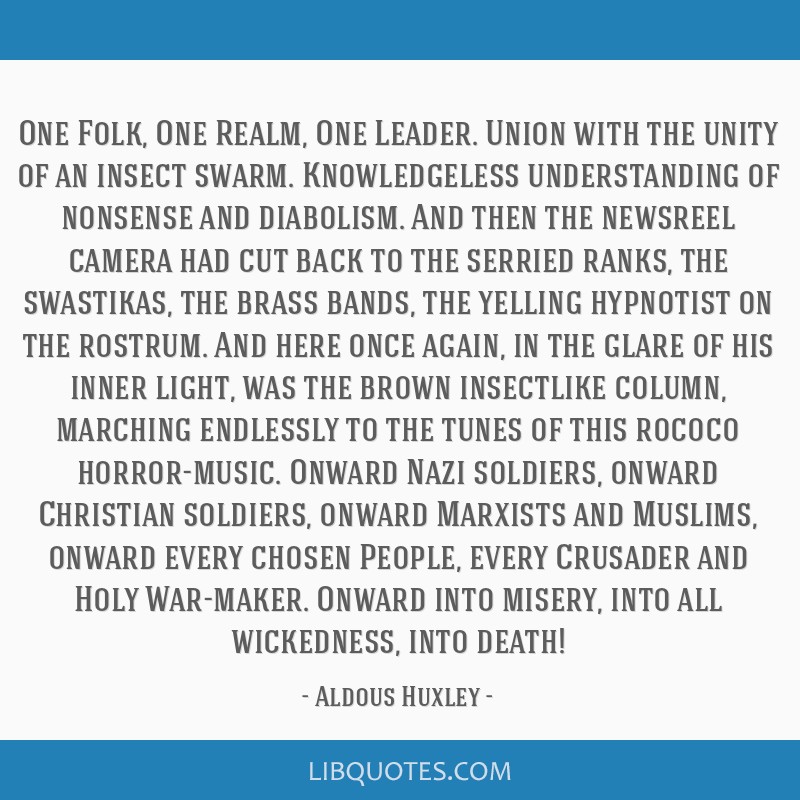 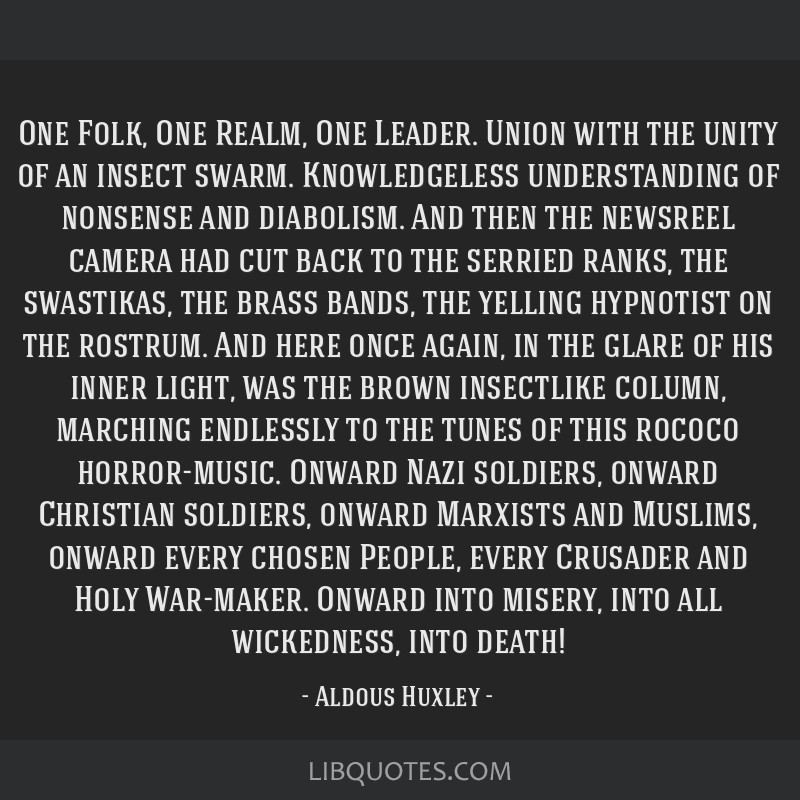 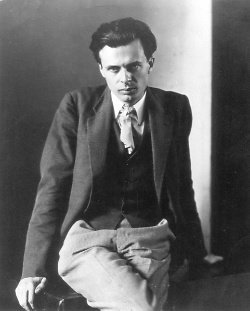