If the war is lost, the nation will also perish. This fate is inevitable. There is no necessity to take into consideration the basis which the people will need to continue even a most primitive existence. On the contrary, it will be better to destroy these things ourselves, because this nation will have proved to be the weaker one and the future will belong solely to the stronger eastern nation. Besides, those who will remain after the battle are only the inferior ones, for the good ones have all been killed. 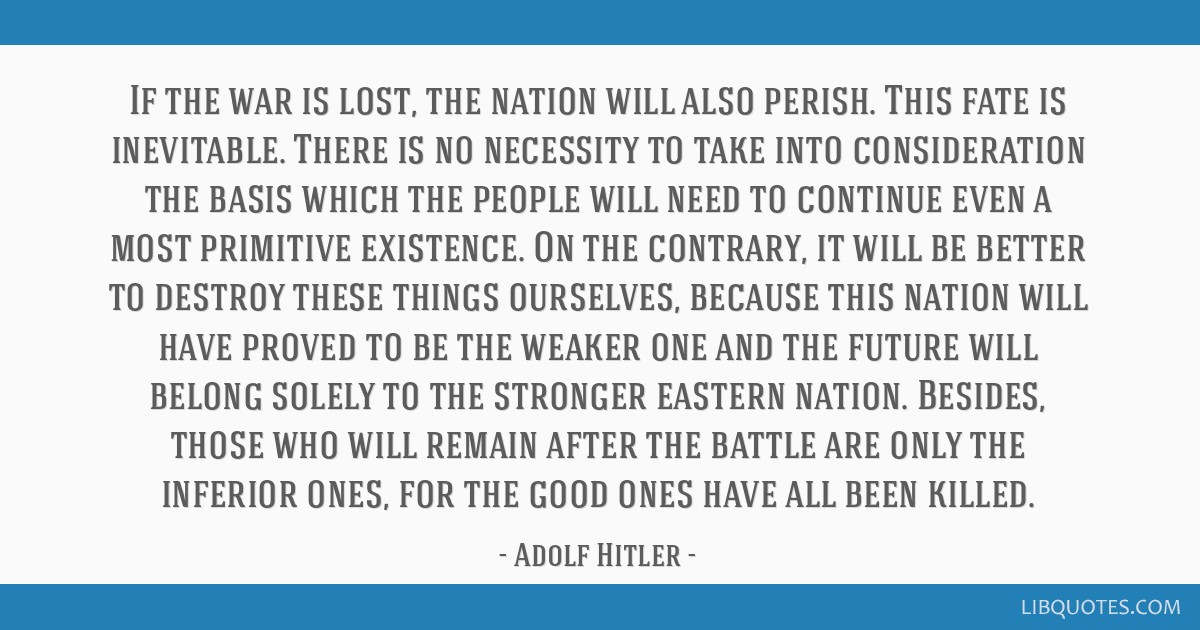 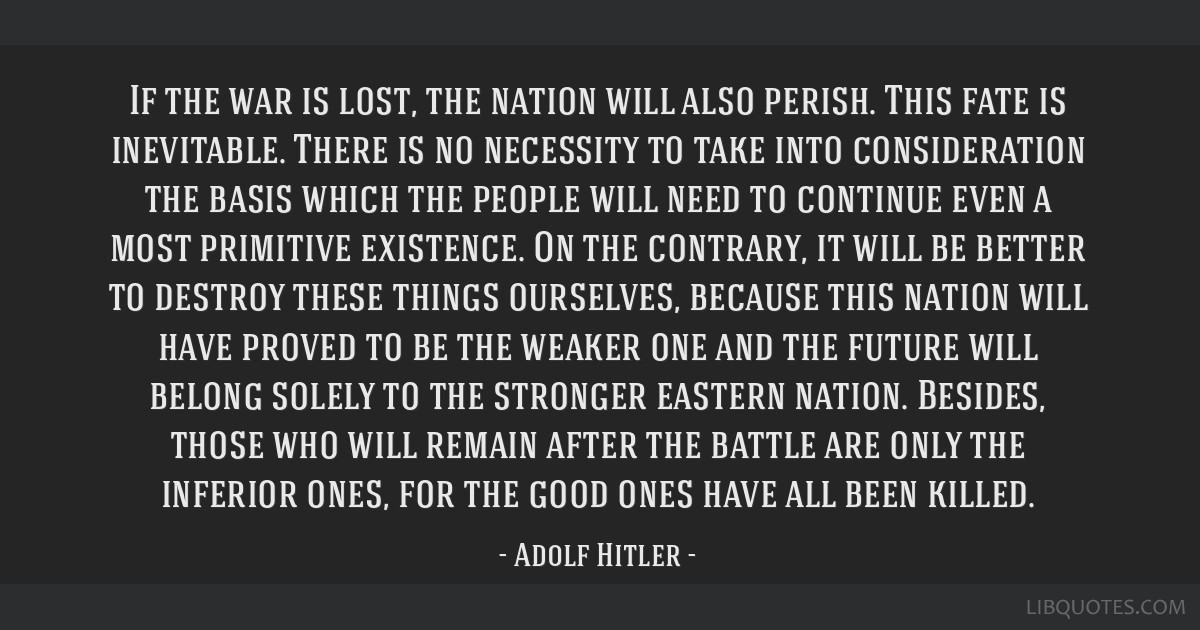 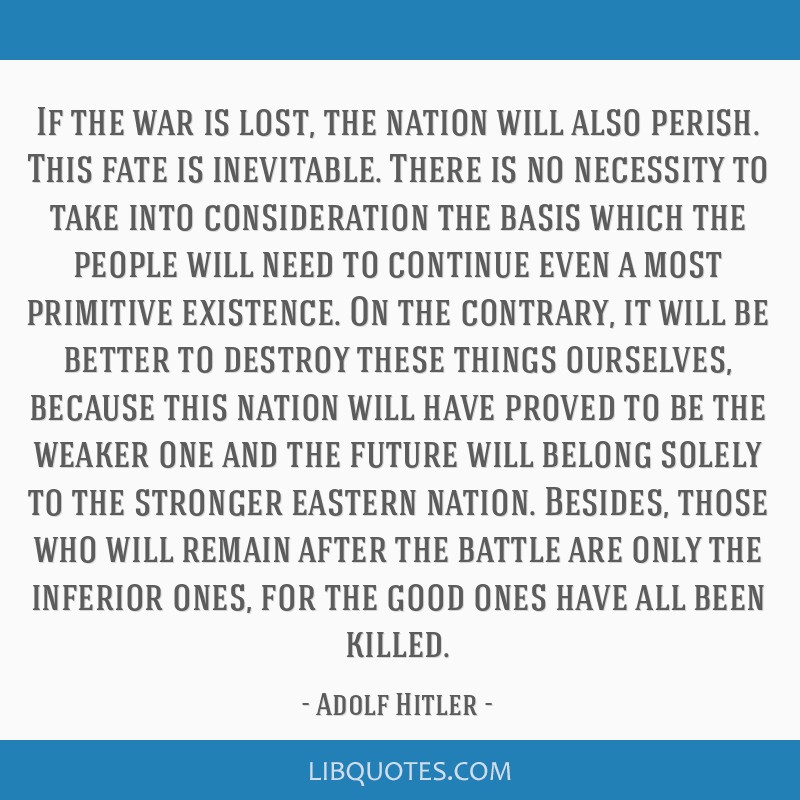 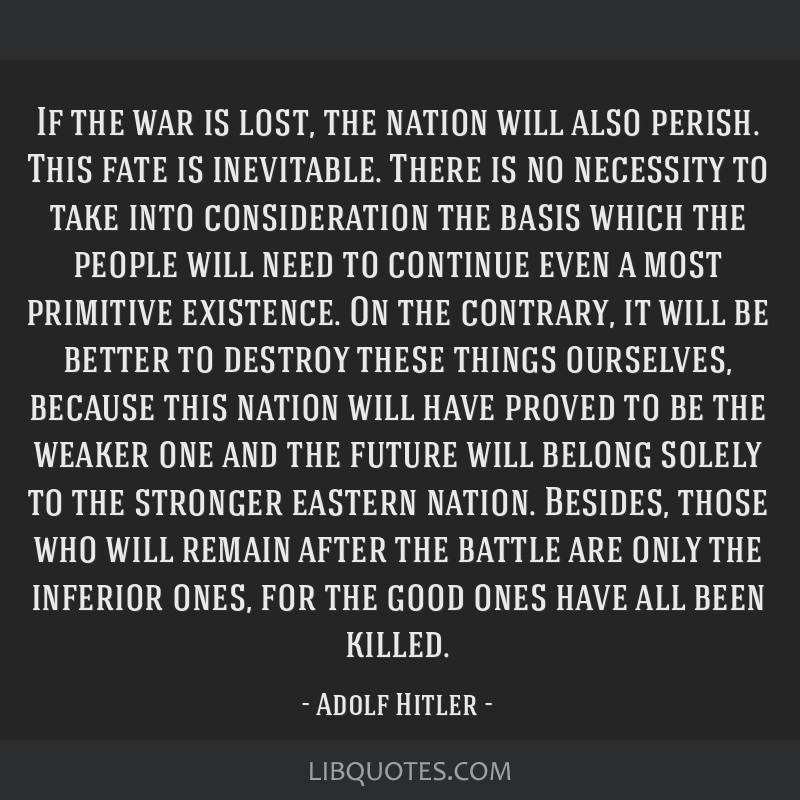