One of our most important tasks will be to save future generations from a similar political fate and to maintain for ever watchful in them a knowledge of the menace of Jewry. For this reason alone it is vital that the Passion play be continued at Oberammergau; for never has the menace of Jewry been so convincingly portrayed as in this presentation of what happened in the times of the Romans. There one sees in Pontius Pilate a Roman racially and intellectually so superior, that he stands like a firm, clean rock in the middle of the whole muck and mire of Jewry. 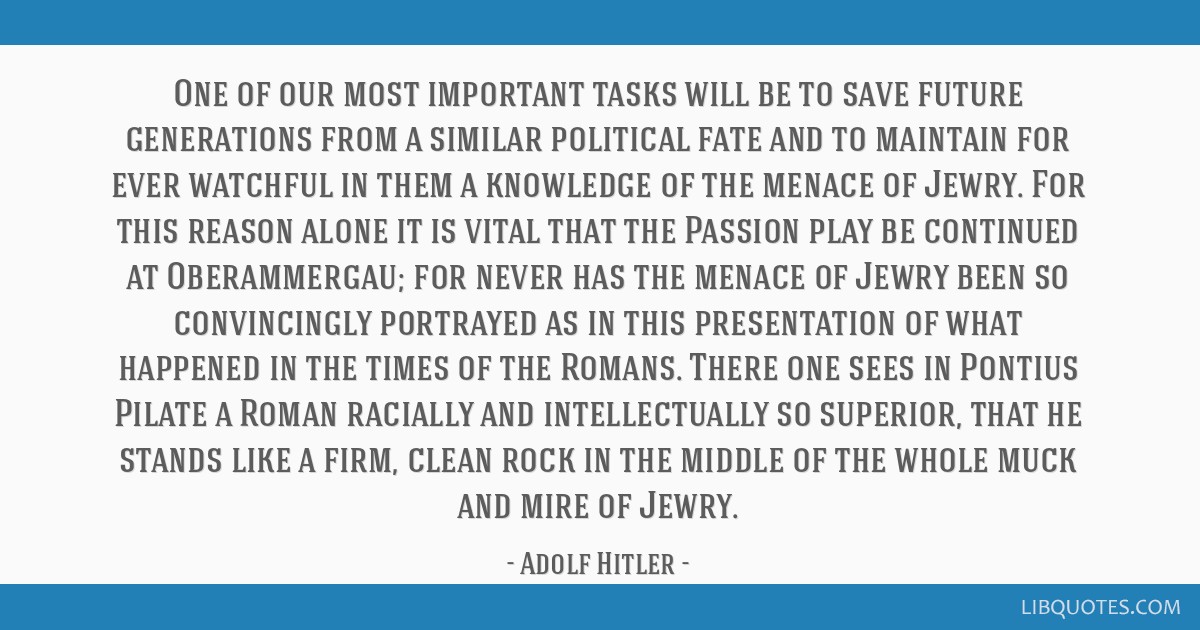 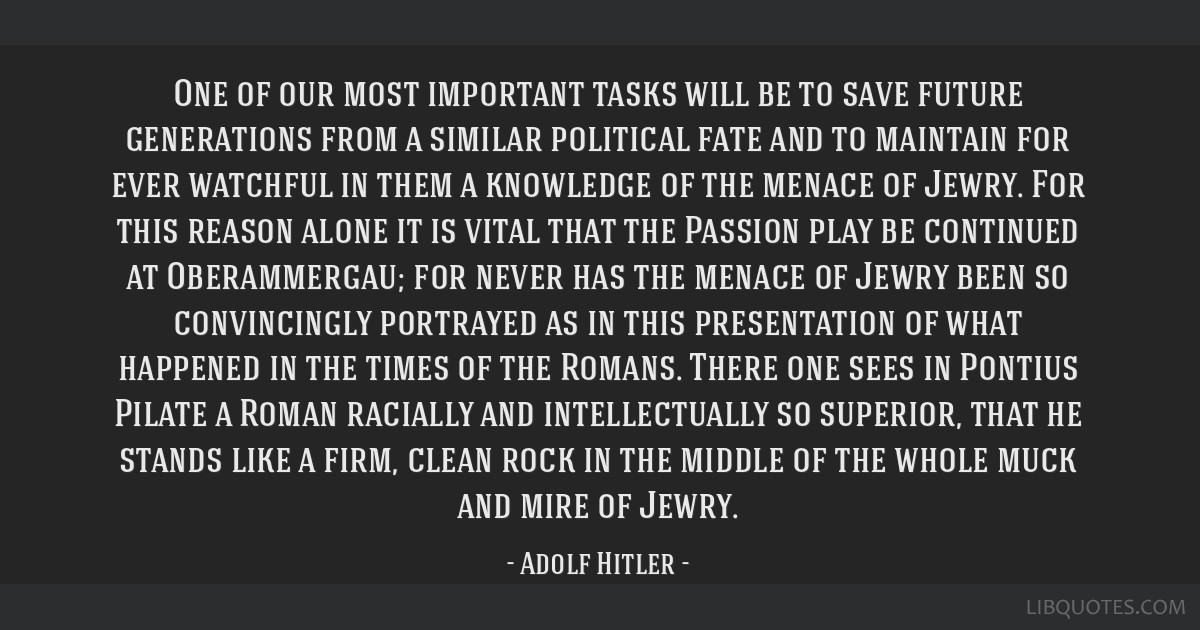 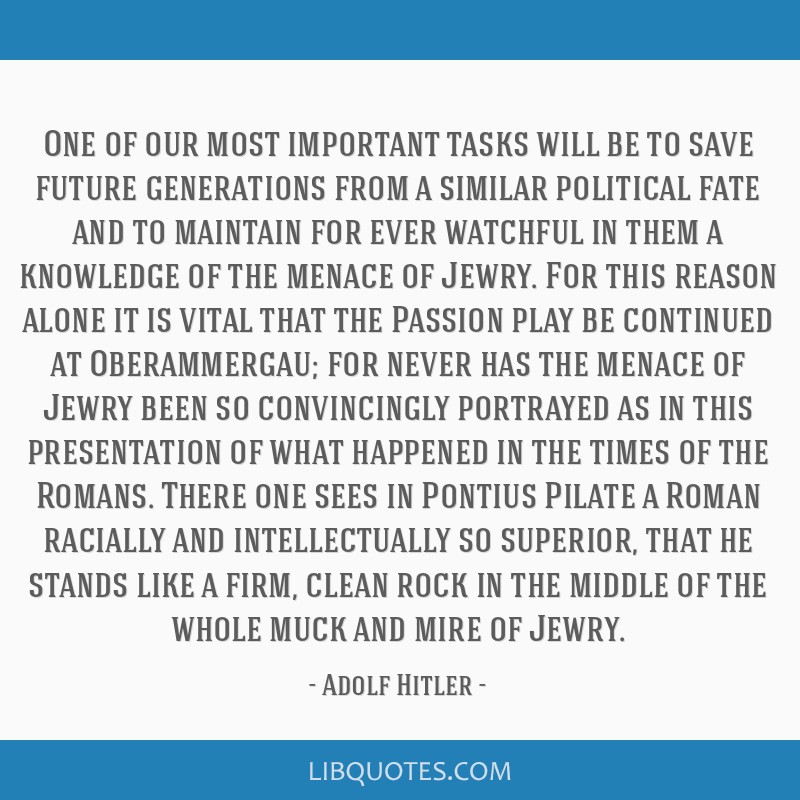 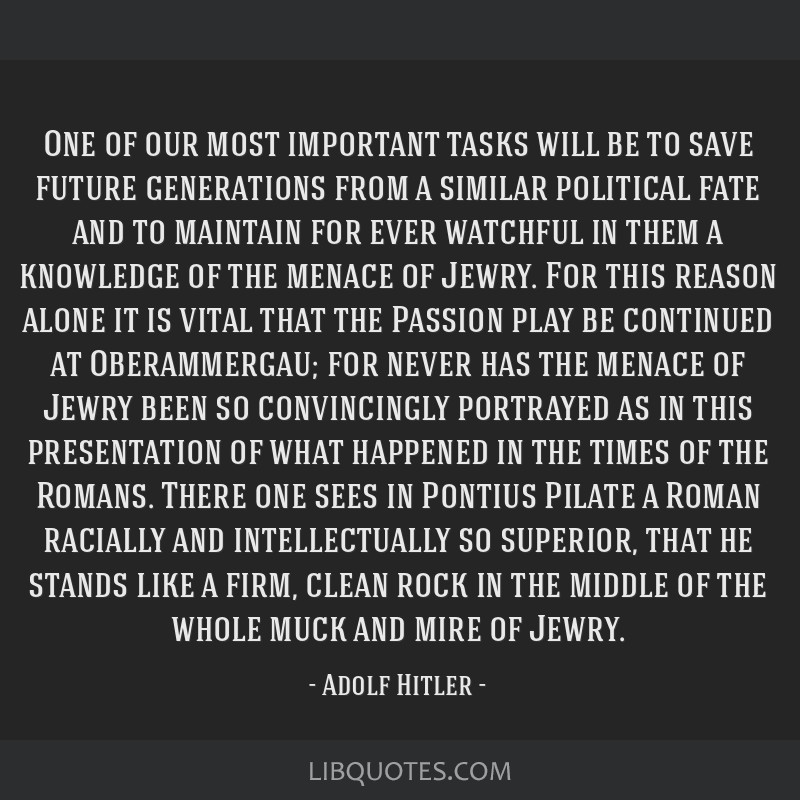