Lest there be some uneasiness in the minds of candid men as to what is to be the course of the Government toward the Southern States after the rebellion shall have been suppressed, the Executive deems it proper to say it will be his purpose then, as ever, to be guided by the Constitution and the laws, and that he probably will have no different understanding of the powers and duties of the Federal Government relatively to the rights of the States and the people under the Constitution than that expressed in the inaugural address.

Fourth of July Address to Congress (1861) 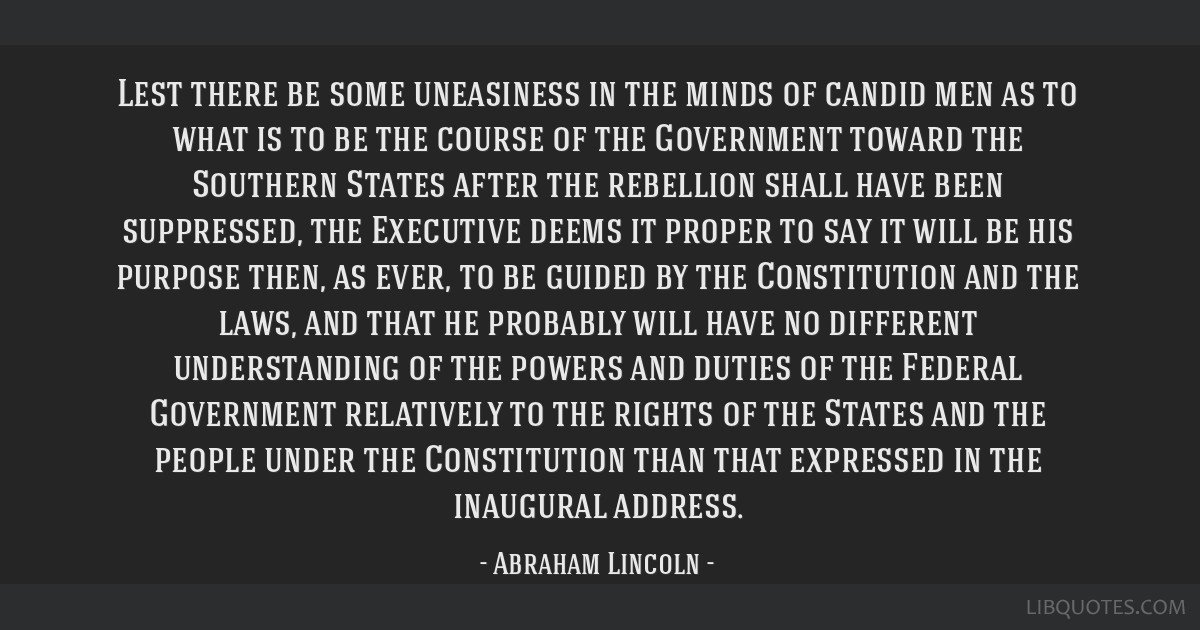 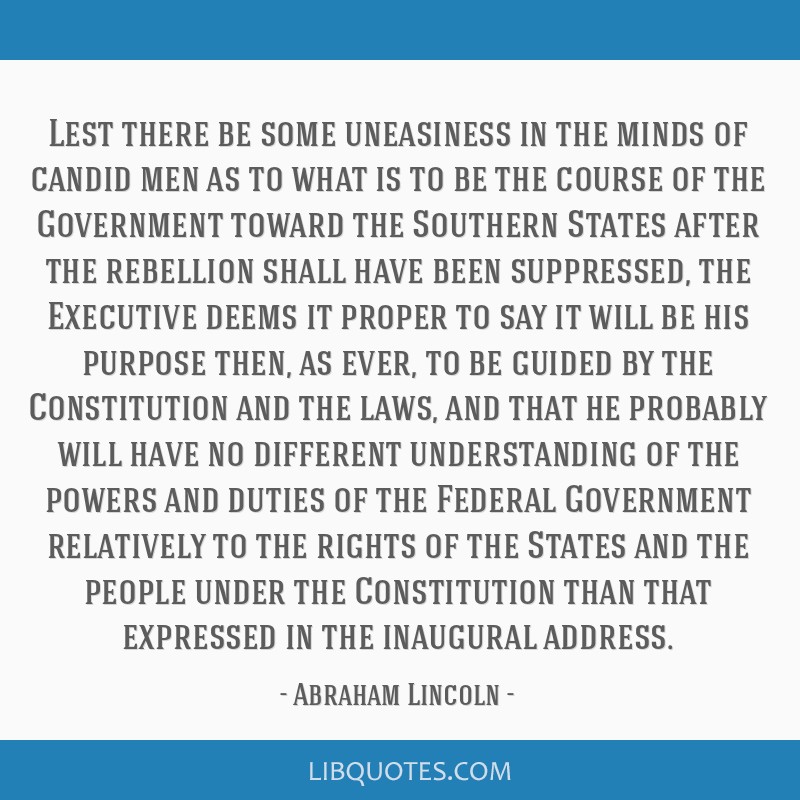 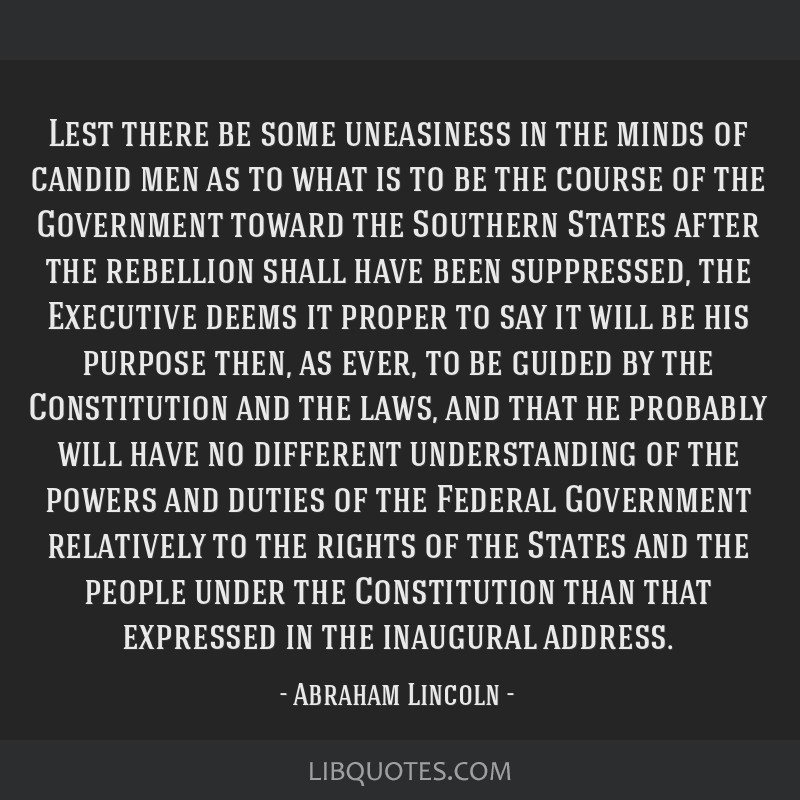