Where are those proud people who will not allow the tomb of Ali to be a target for the bullets of this armed infidel called America? Where are the guardians of (Imam) Hosein's honor, who will prevent the Najaf Seminary and the Iraqi Shiites from becoming targets for the horrible attacks of the infidel bullets? Now the infidels are attacking the most holy cities and countries of Islam. 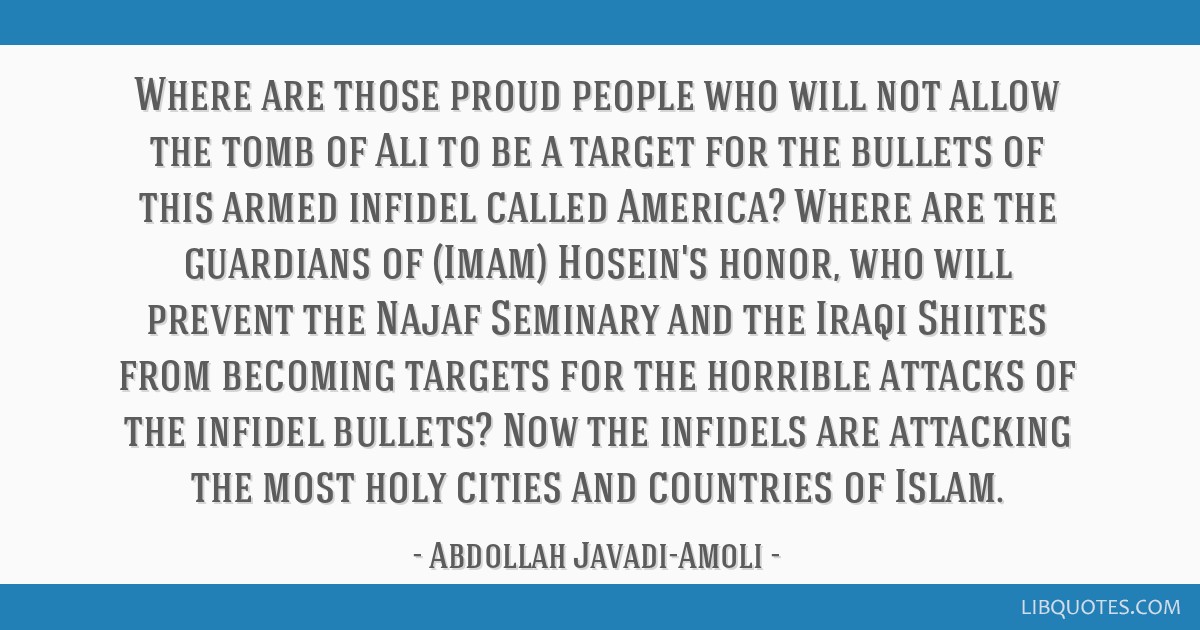 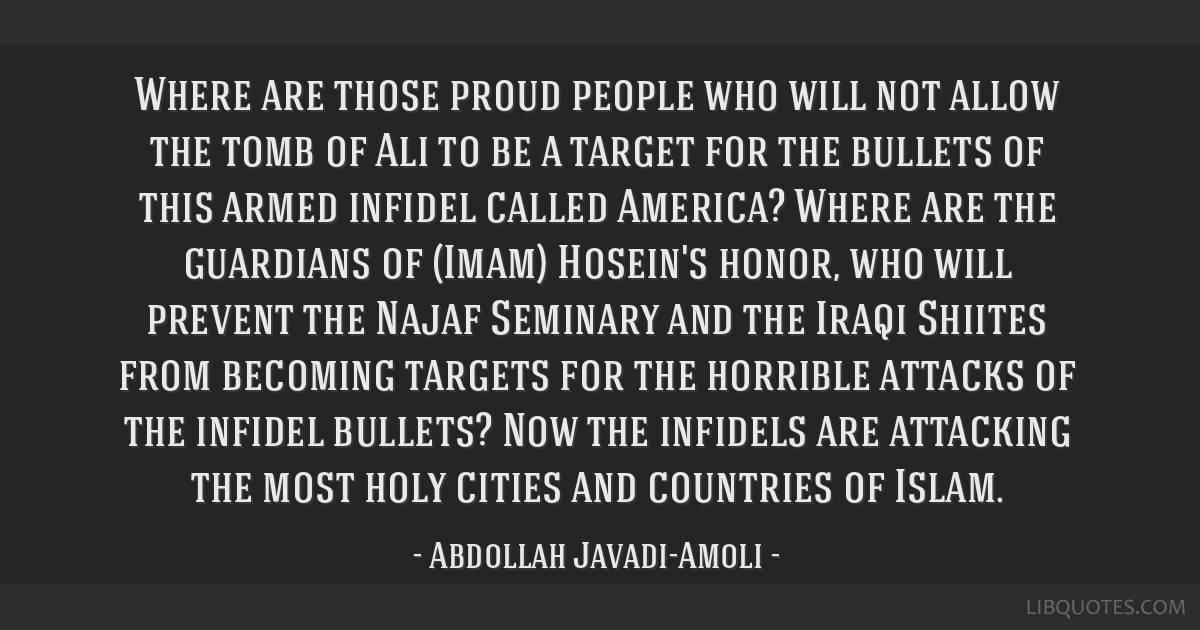 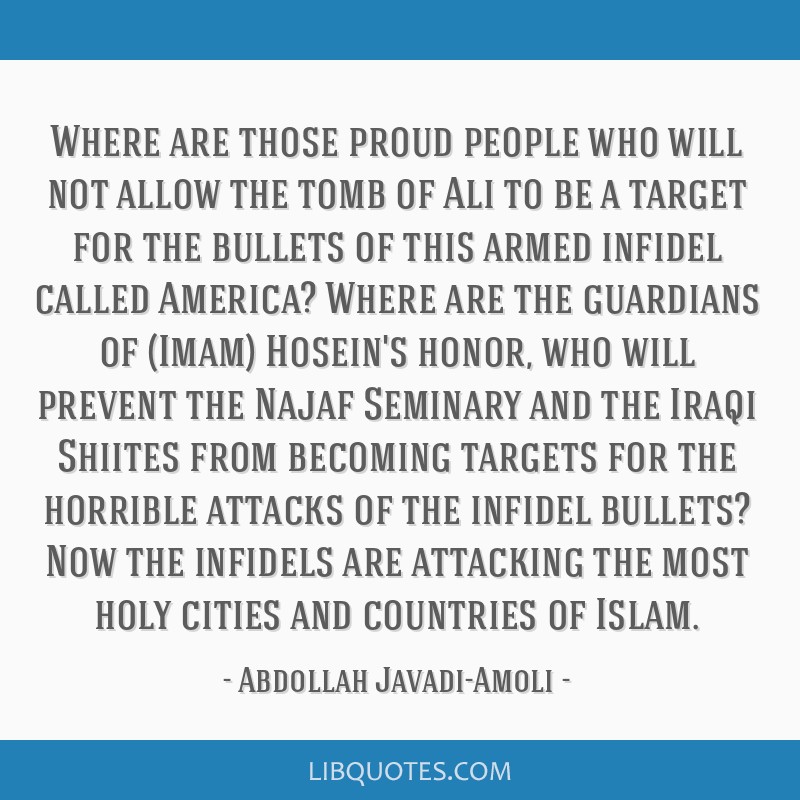 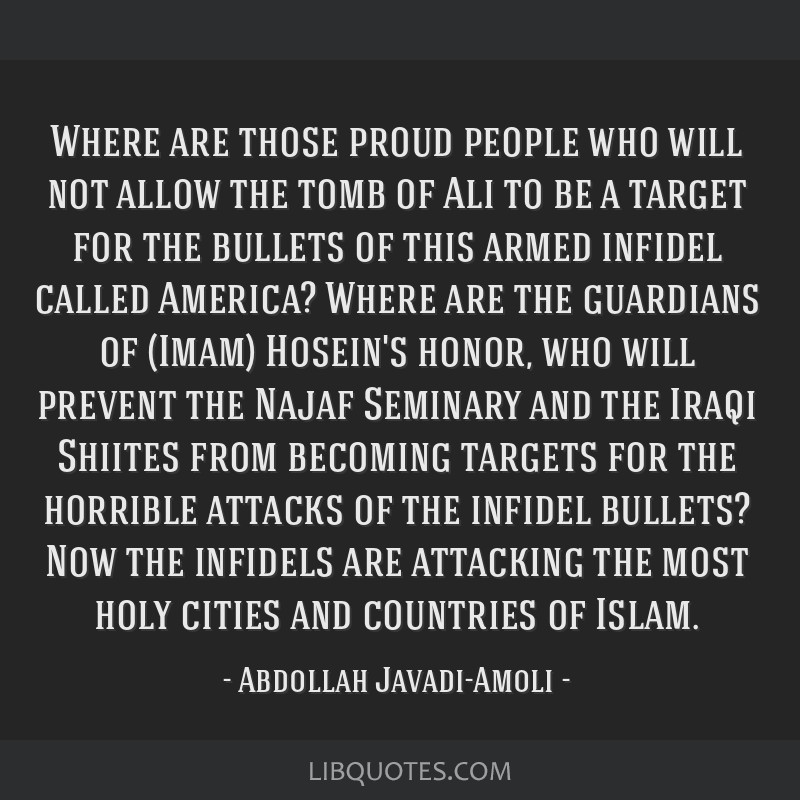