The world looks with some awe upon a man who appears unconcernedly indifferent to home, money, comfort, rank, or even power and fame. The world feels not without a certain apprehension, that here is some one outside its jurisdiction; someone before whom its allurements may be spread in vain; some one strangely enfranchised, untamed, untrammelled by convention, moving independent of the ordinary currents of human action.

At an unveiling of a memorial to T. E. Lawrence at the Oxford High School for Boys (3 October 1936); as quoted in Lawrence of Arabia: The Authorized Biography of T.E. Lawrence (1989) by Jeremy M Wilson. - The 1930s 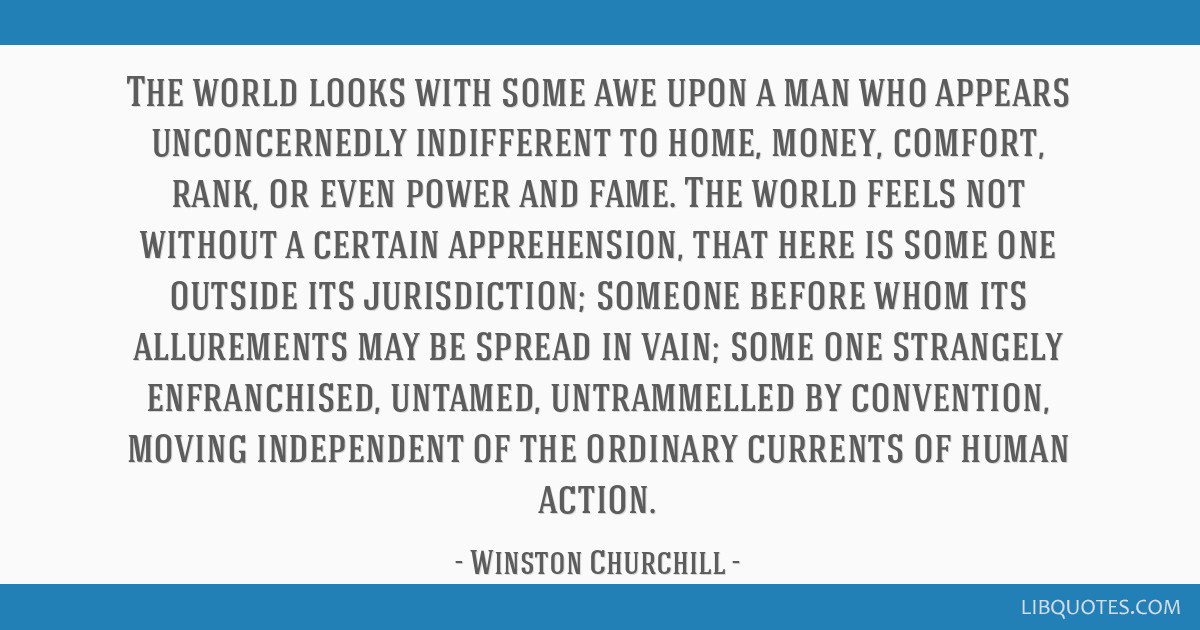 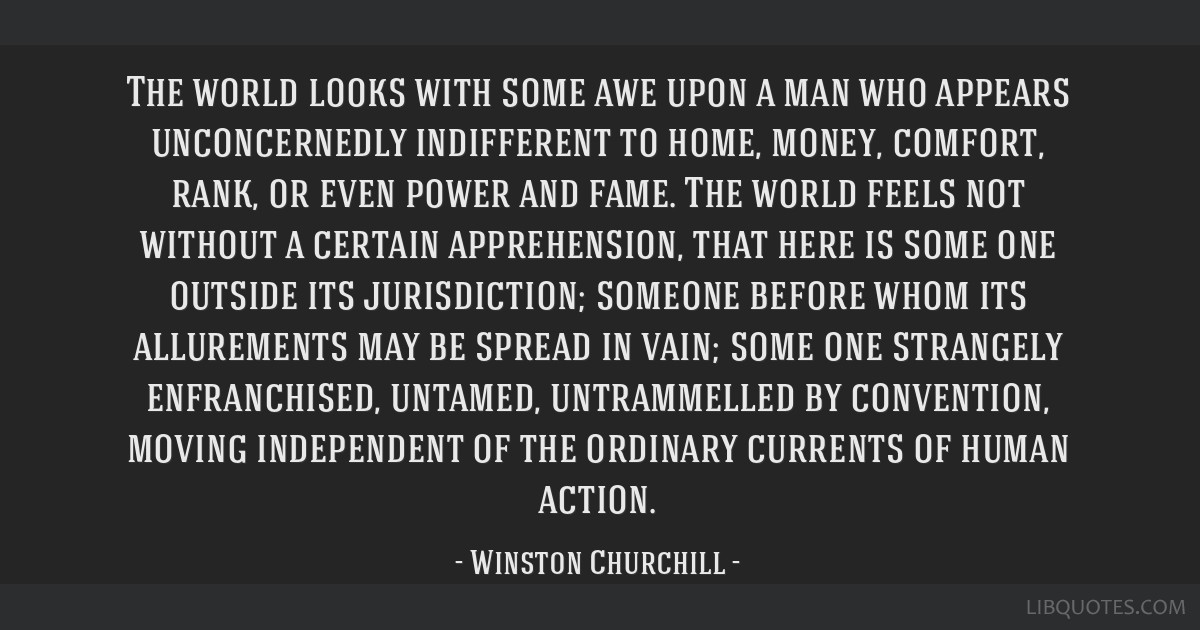 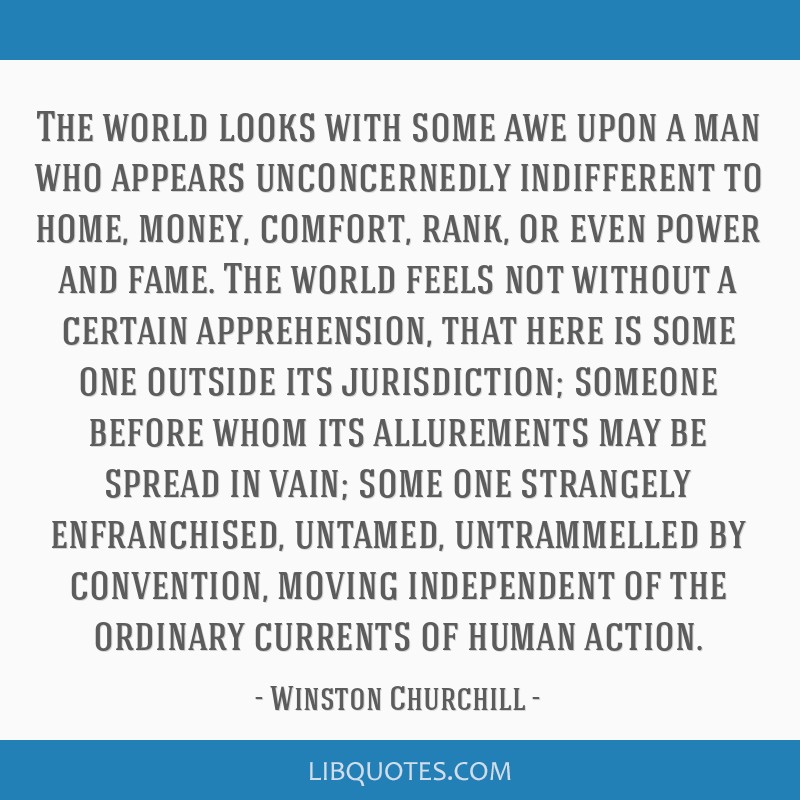 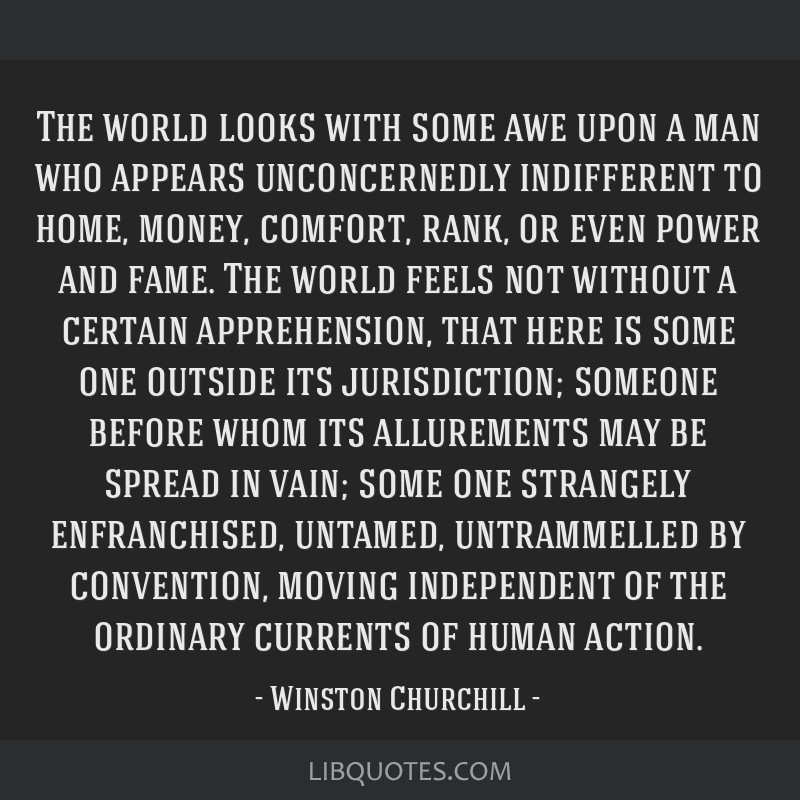