You might however consider whether you should not unfold as a background the great privilege of habeas corpus and trial by jury, which are the supreme protection invented by the English people for ordinary individuals against the state. The power of the Executive to cast a man in prison without formulating any charge known to the law, and particularly to deny him the judgment of his peers is in the highest degree odious and is the foundation of all totalitarian government, whether Nazi or Communist. 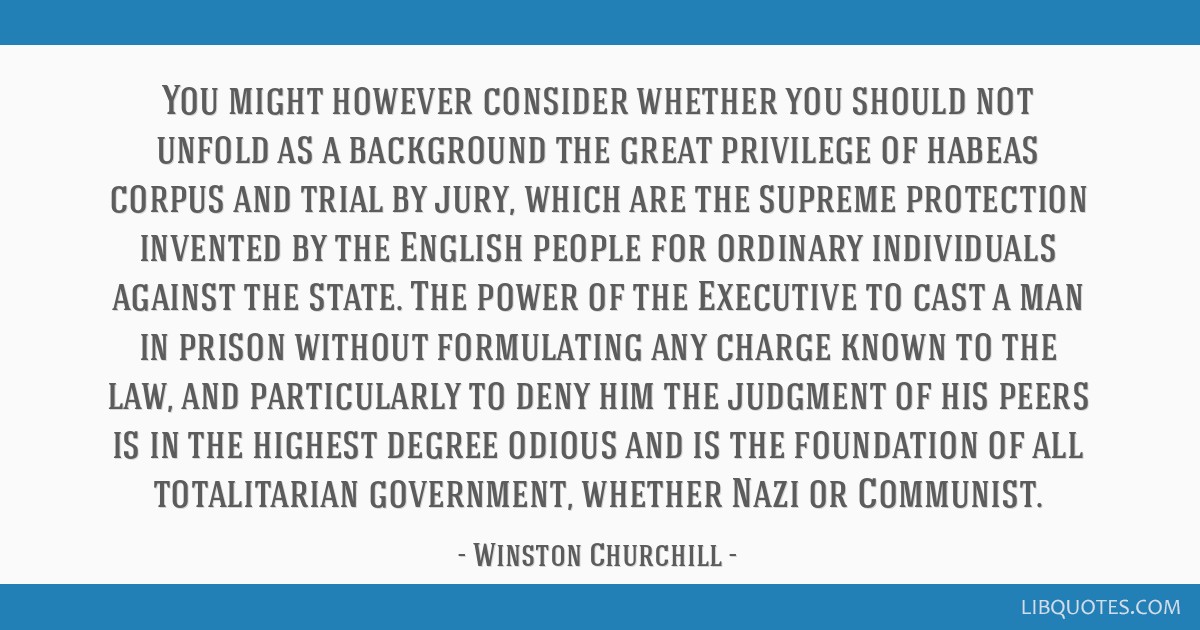 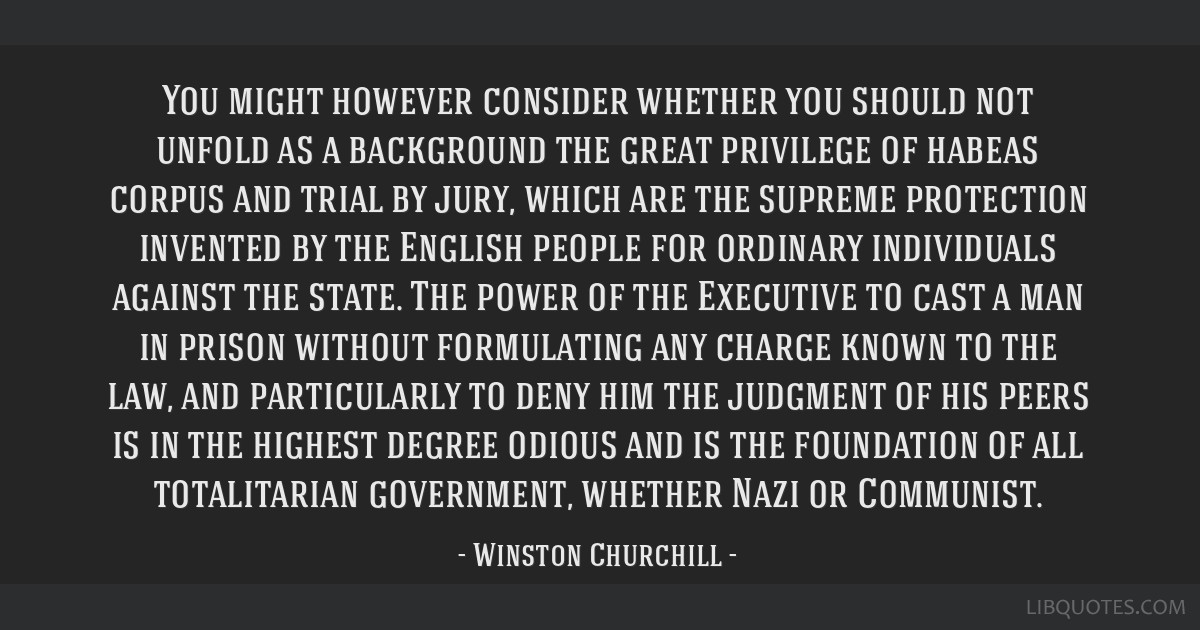 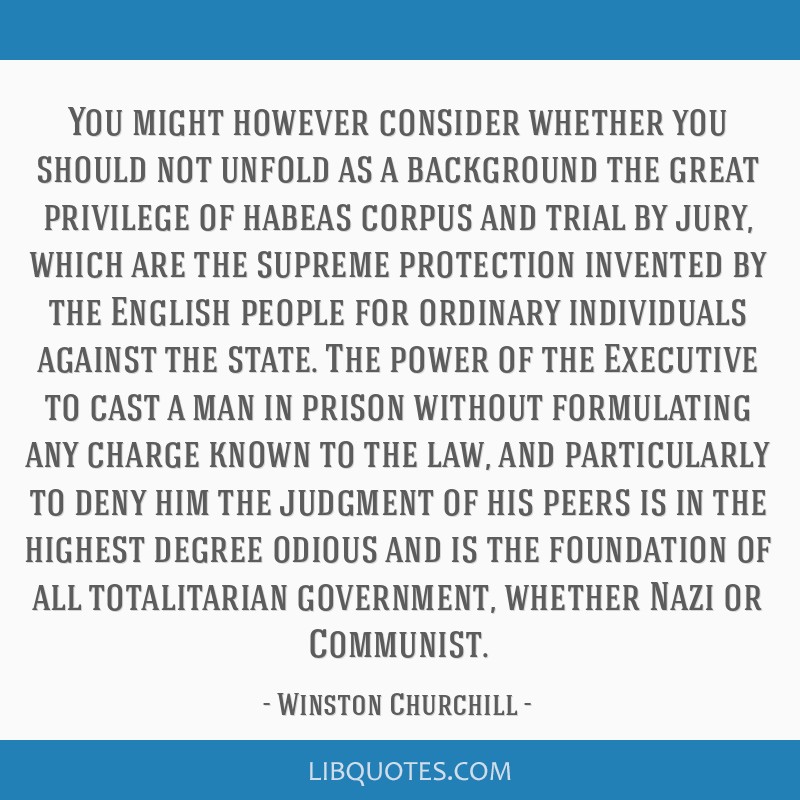 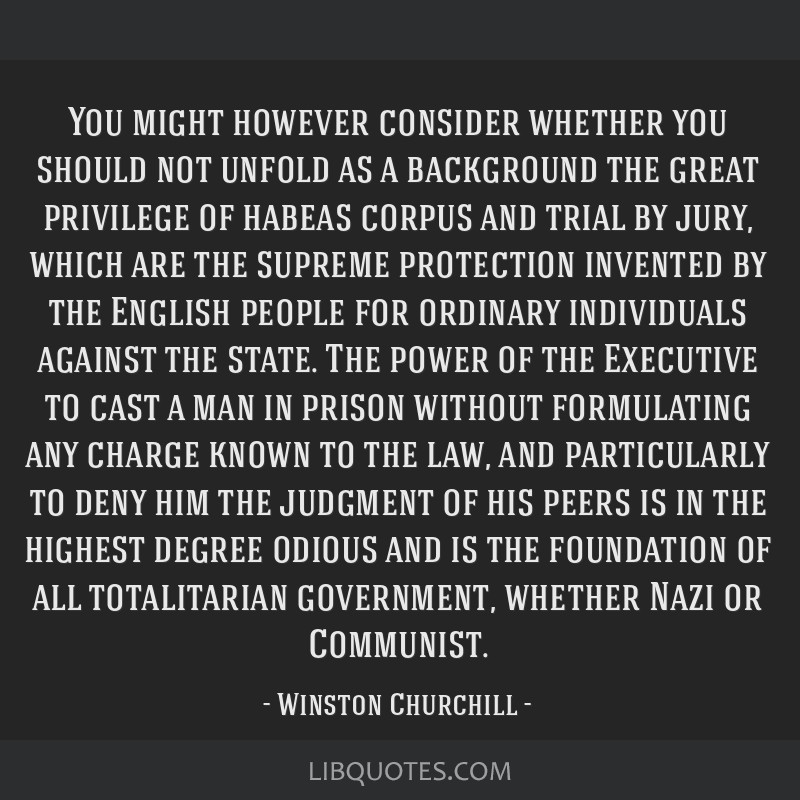