It didn't take long for me to realize that writing, performing and singing songs was what I was meant to do, but what other people thought was an entirely different issue. If I had to break it down, I'd say about 99 percent of the people in my life were telling me I wasn't going to make it. All that adversity and lack of faith ended up just strengthening my own convictions. All that negativity really helped me in the end, because there's no better inspiration for doing something than having somebody say that you can't do it. 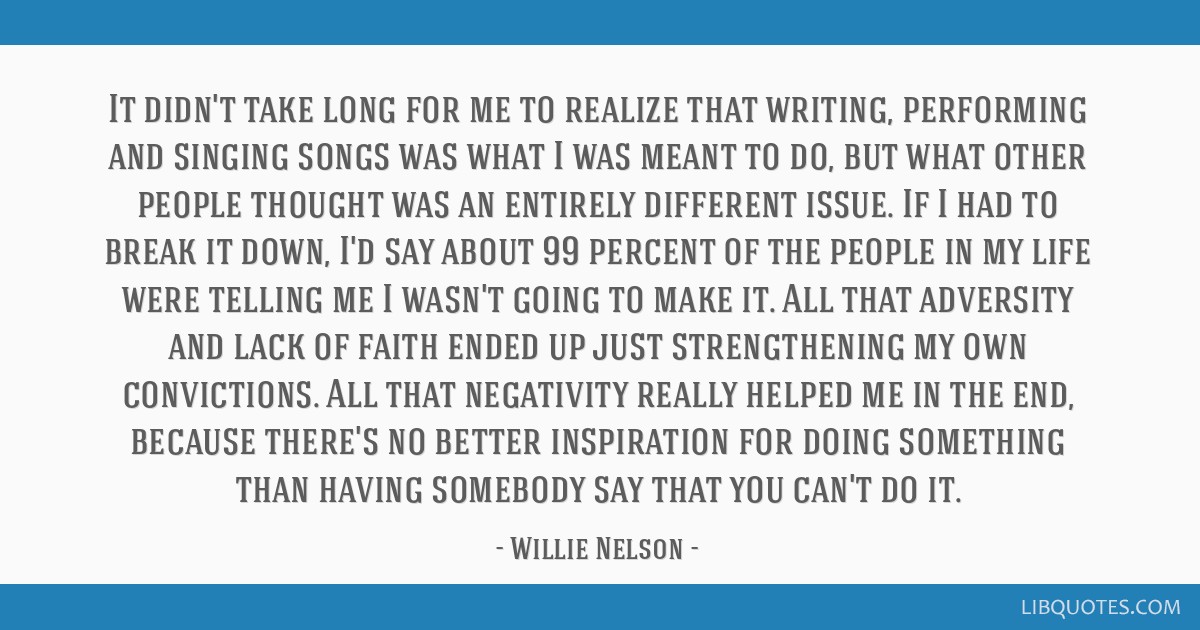 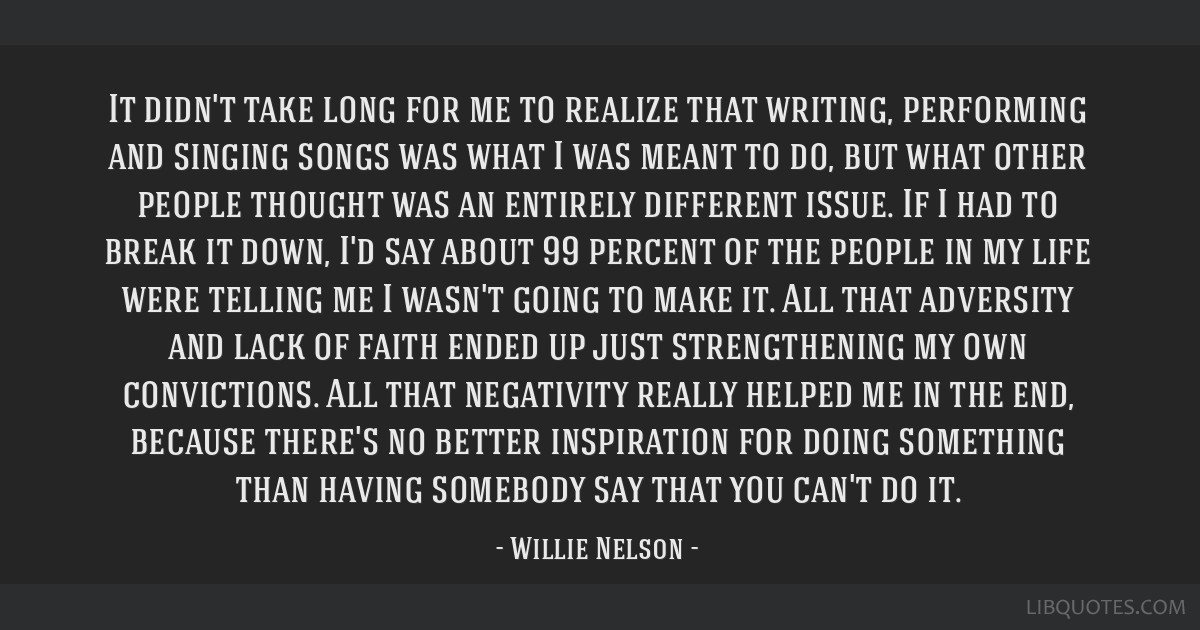 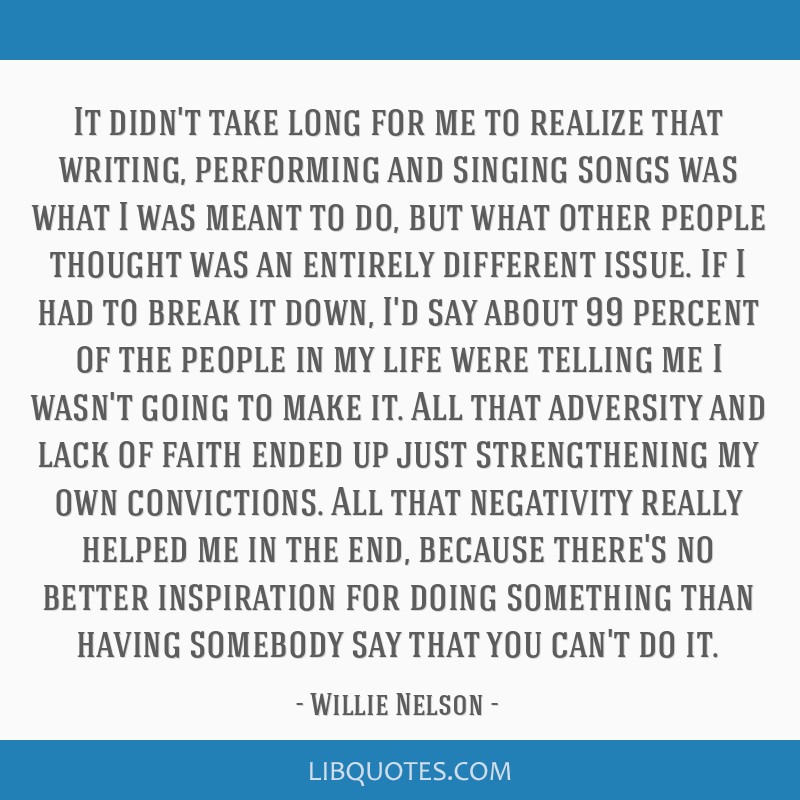 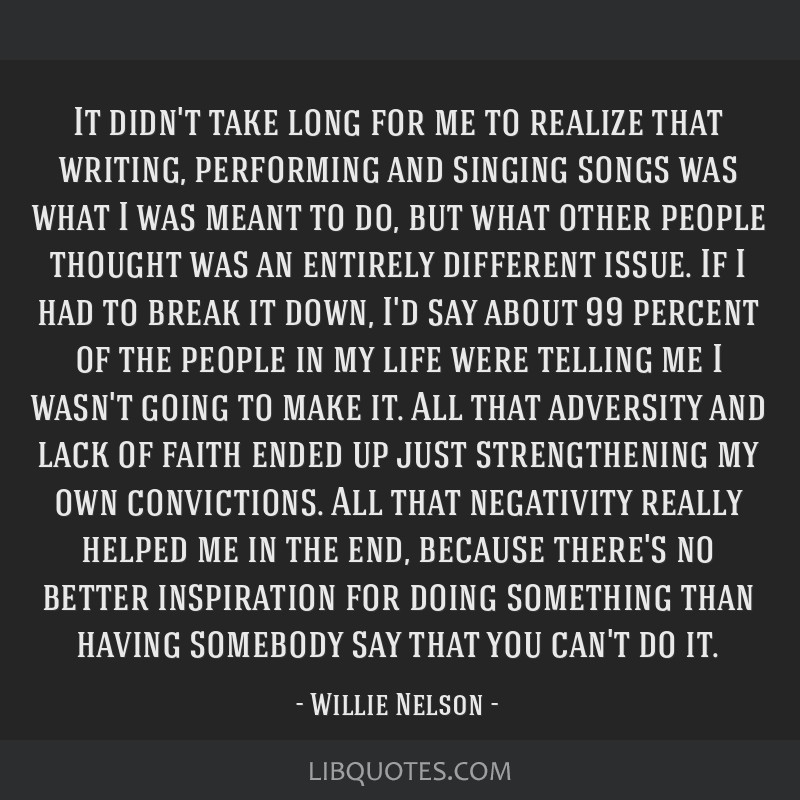