My general theory since 1971 has been that the word is literally a virus, and that it has not been recognized as such because it has achieved a state of relatively stable symbiosis with its human host; that is to say, the word virus (the other Half) has established itself so firmly as an accepted part of the human organism that it can now sneer at gangster viruses like smallpox and turn them in to the Pasteur Institute. 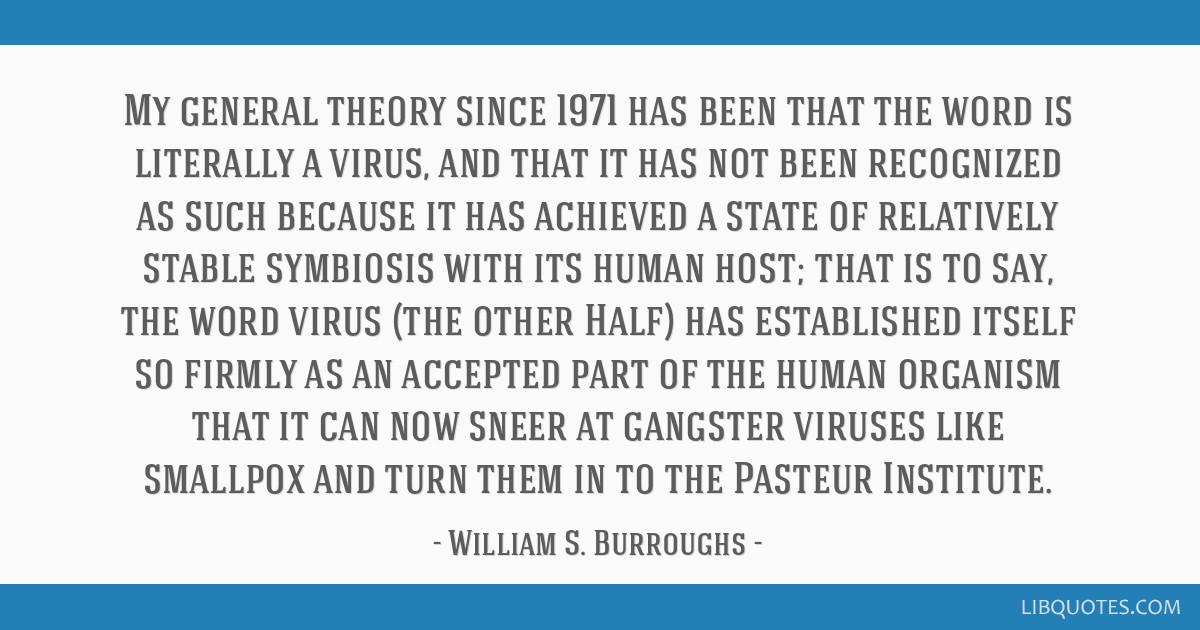 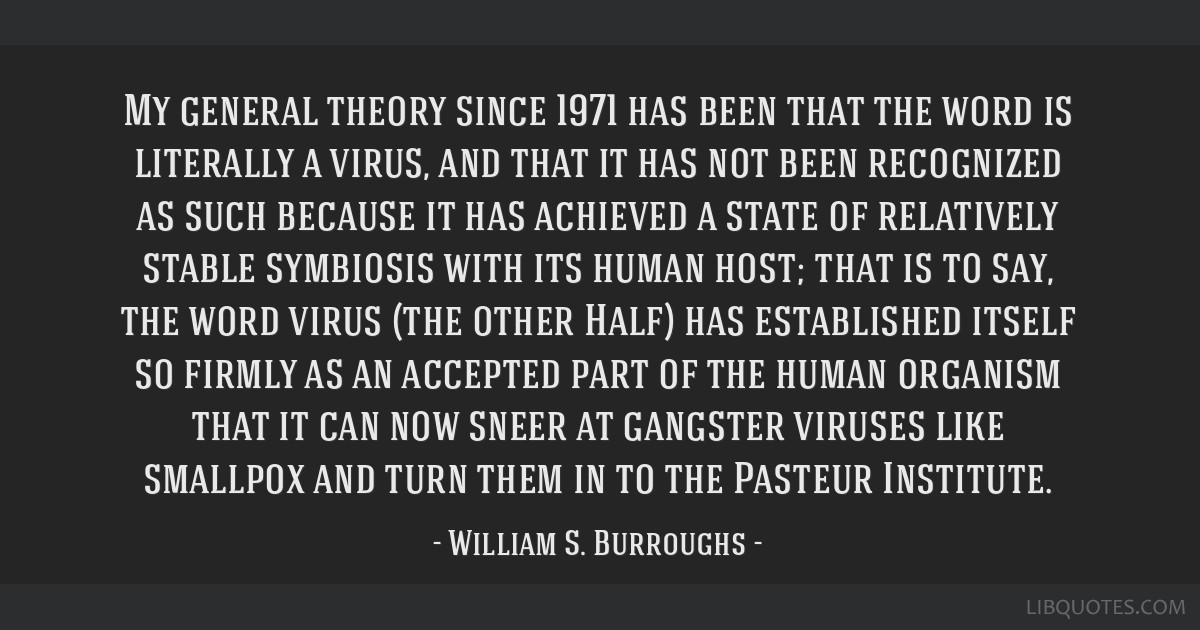 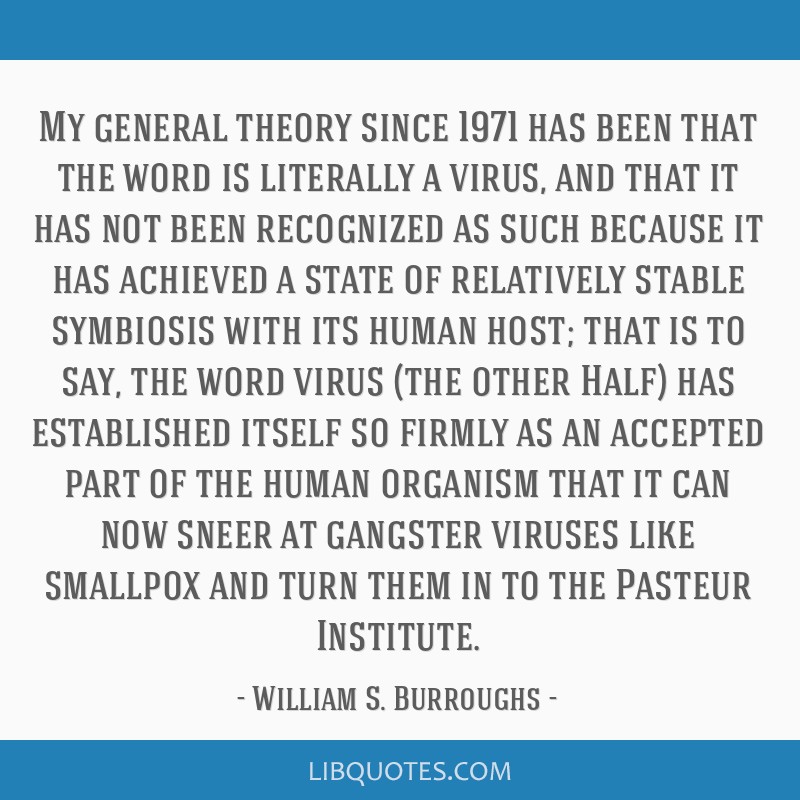 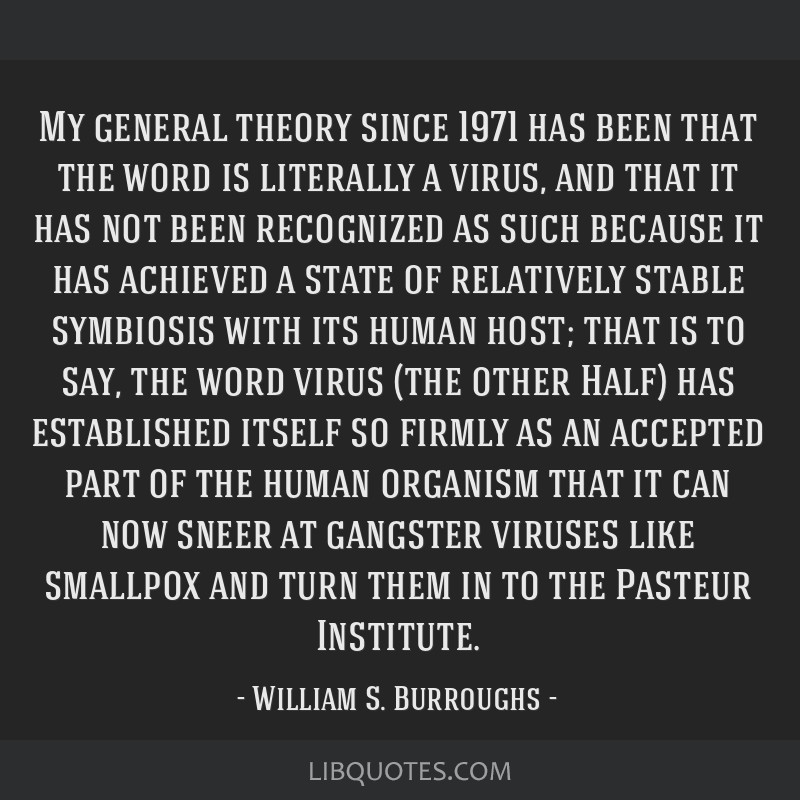 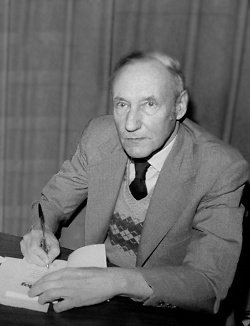