He changes his opinions as he does his friends, and much on the same account. He has no comfort in fixed principles; as soon as anything is settled in his own mind, he quarrels with it. He has no satisfaction but the chase after truth, runs a question down, worries and kills it, then quits it like a vermin, and starts some new game, to lead him a new dance, and give him a fresh breathing through bog and brake, with the rabble yelping at his heels and the leaders perpetually at fault. 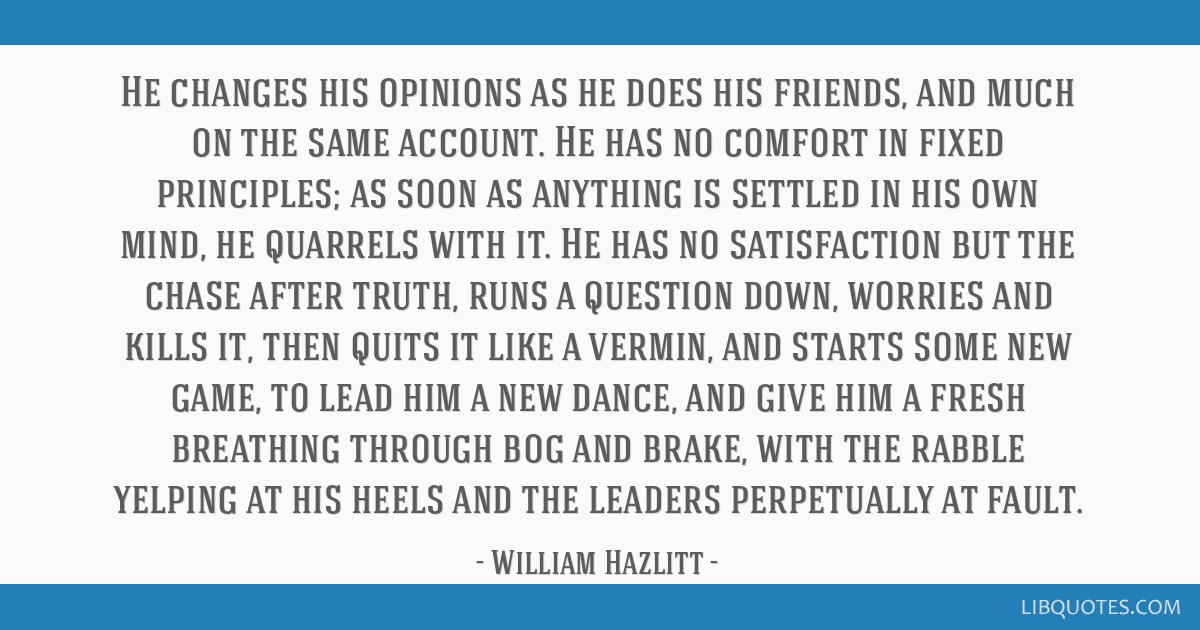 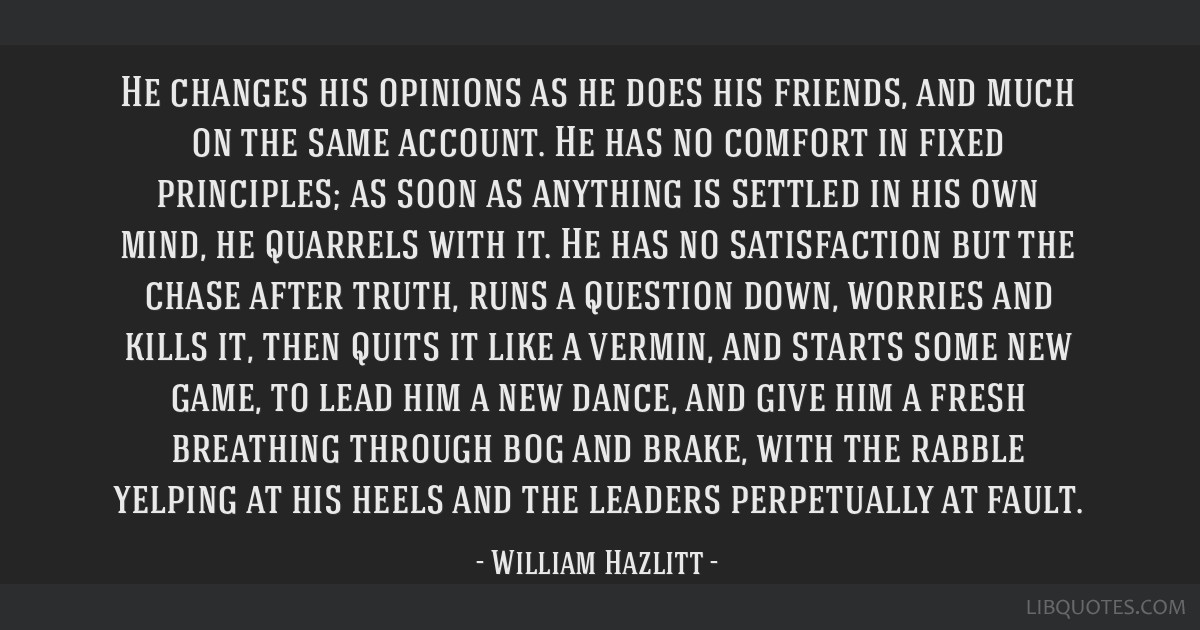 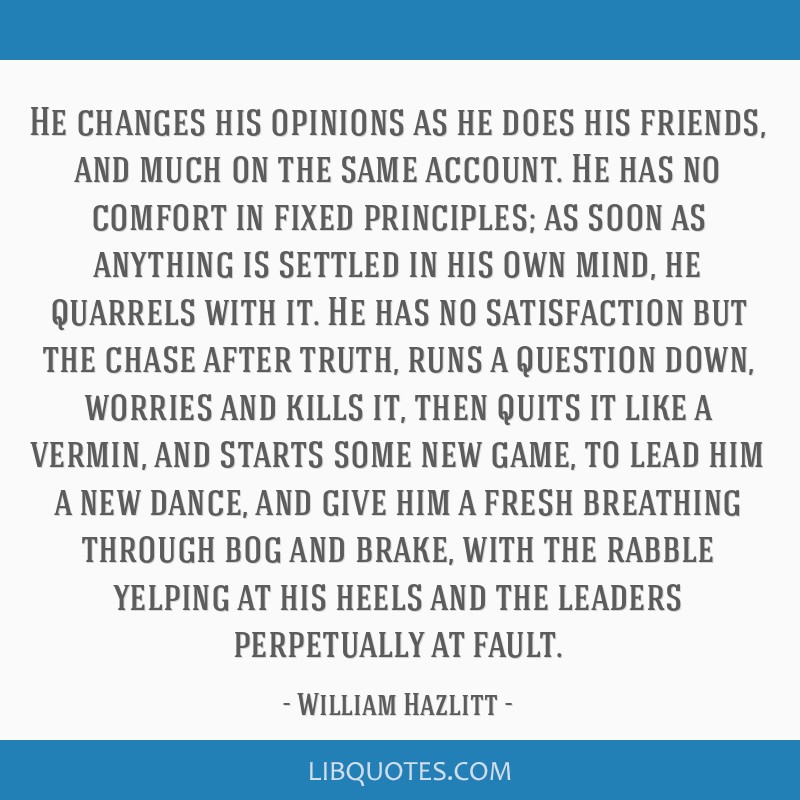 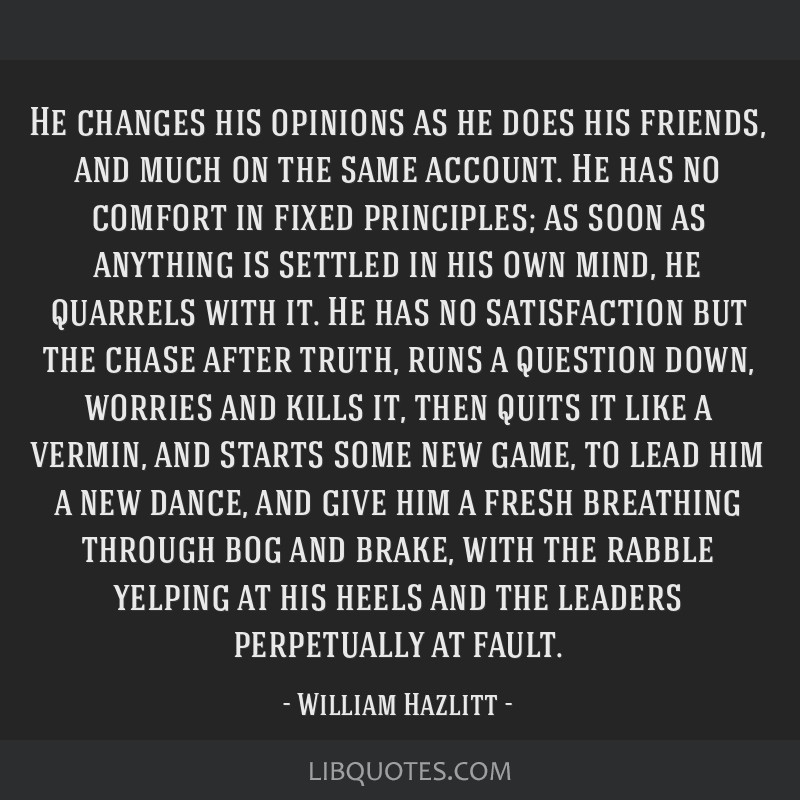 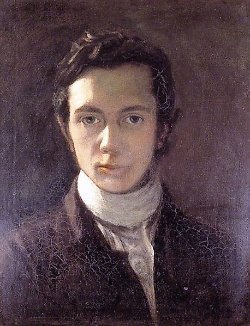