A Pack of Spanish Lies sent abroad in the world, first printed in the Spanish tongue, and translated out of the original. Now ripped up, unfolded and by just examination condemned, as containing false, corrupt and detestable wares worthy to be damned and burned.

Title of a pamphlet published by Burghley on Spanish claims over what happened during the Spanish Armada's attempted invasion of England in 1588. 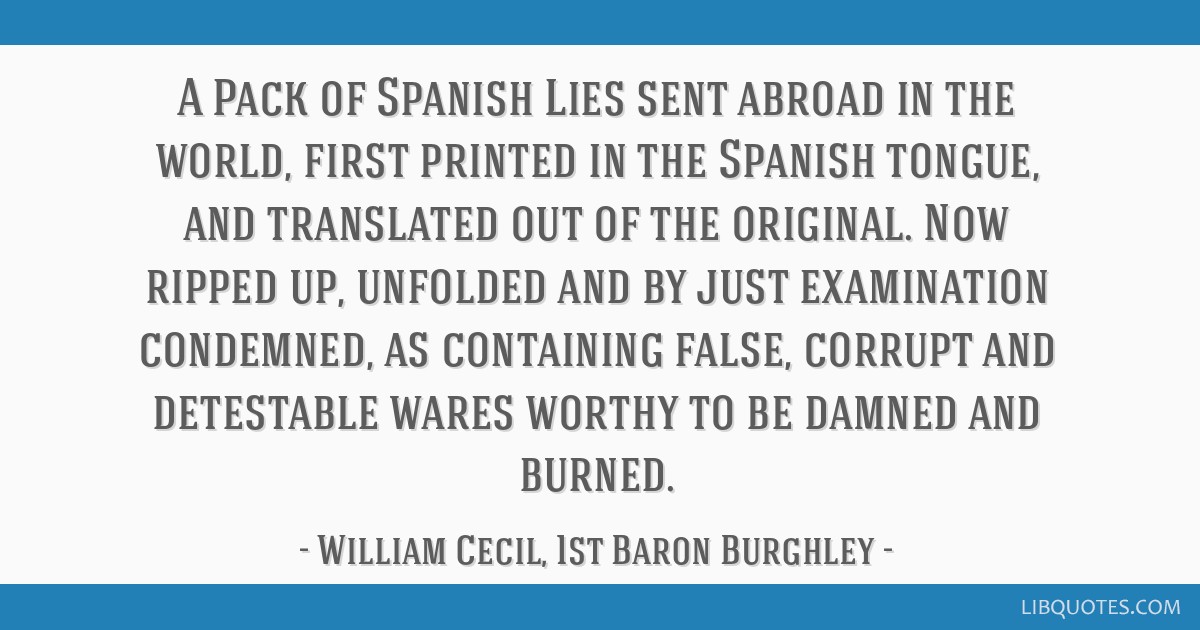 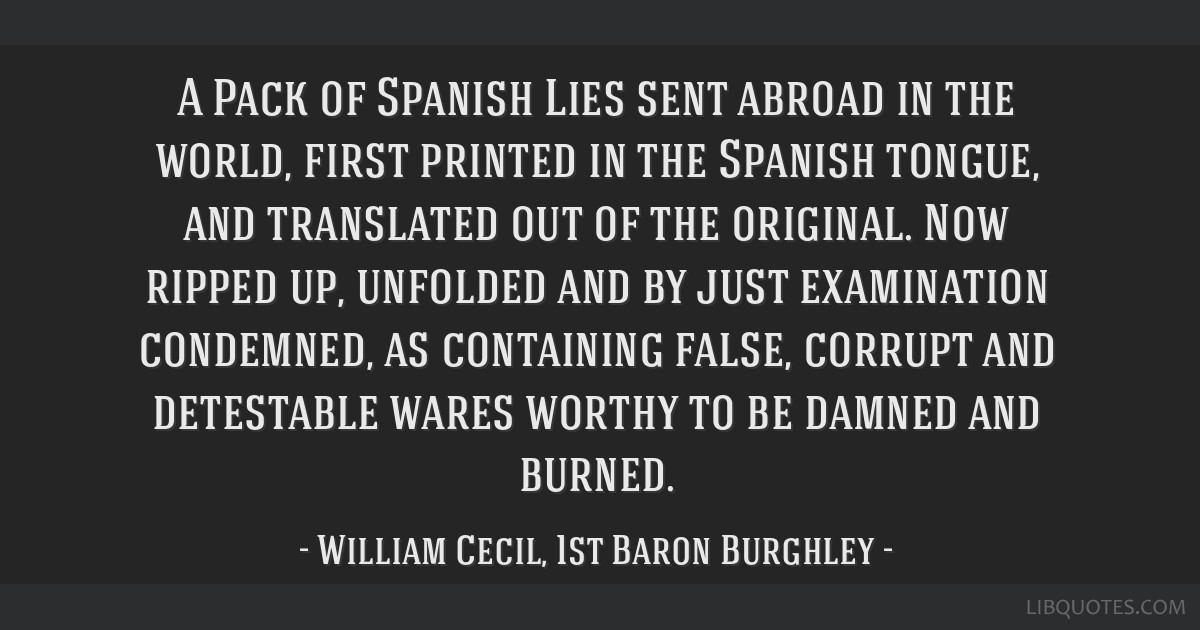 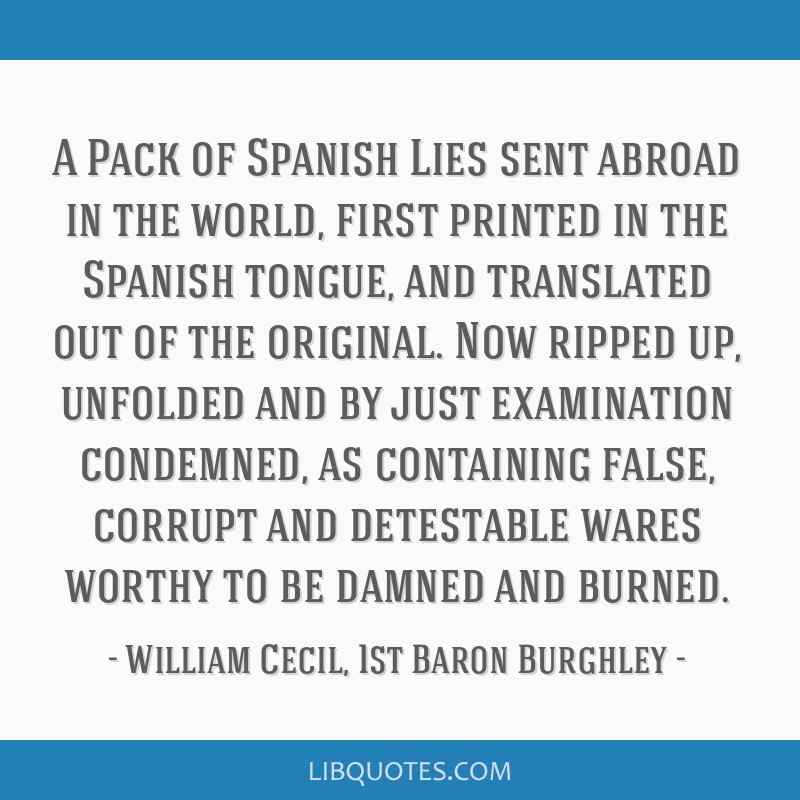 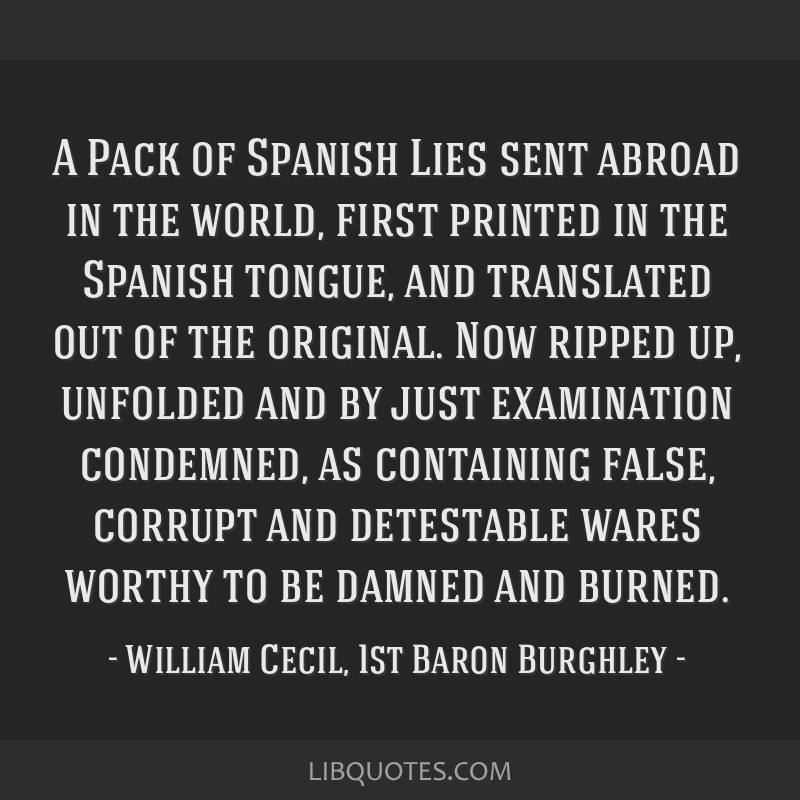