When a man makes a poem, makes it, mind you, he takes words as he finds them interrelated about him and composes them — without distortion which would mar their exact significances — into an intense expression of his perceptions and ardors that they may constitute a revelation in the speech that he uses. It isn't what he says that counts as a work of art, it's what he makes, with such intensity of perception that it lives with an intrinsic movement of its own to verify its authenticity. 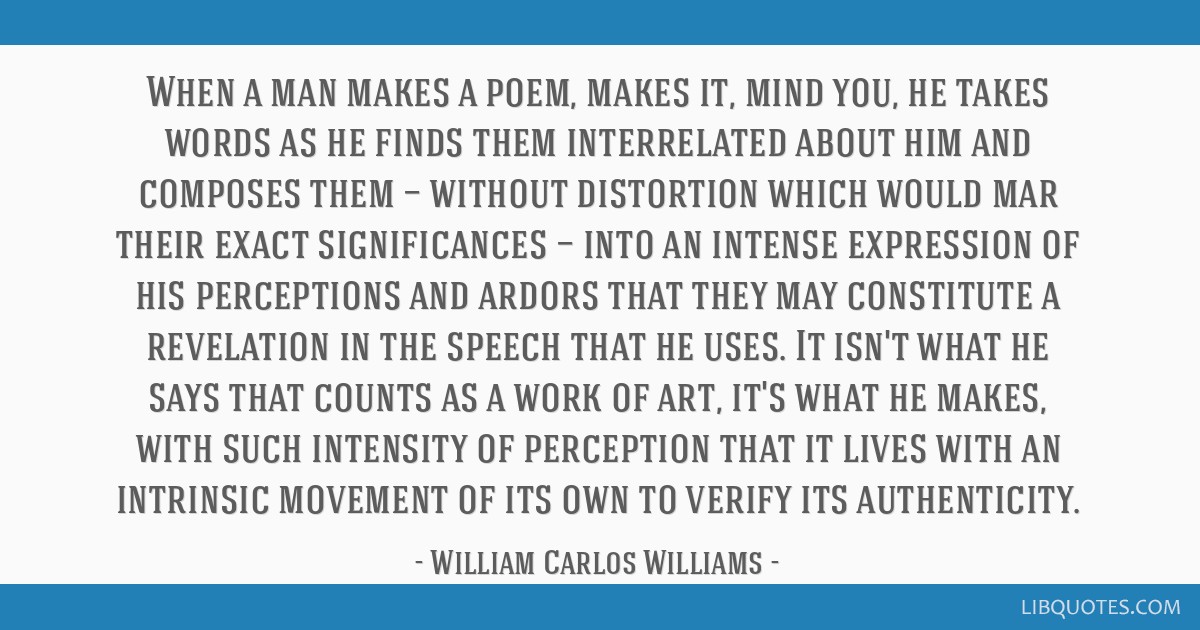 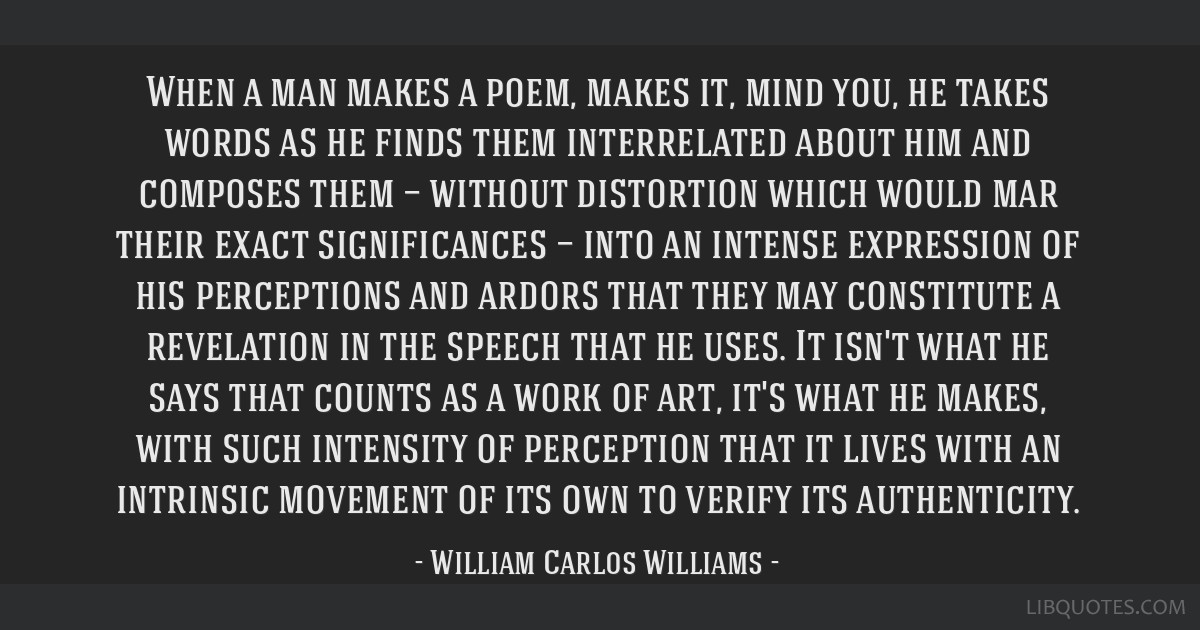 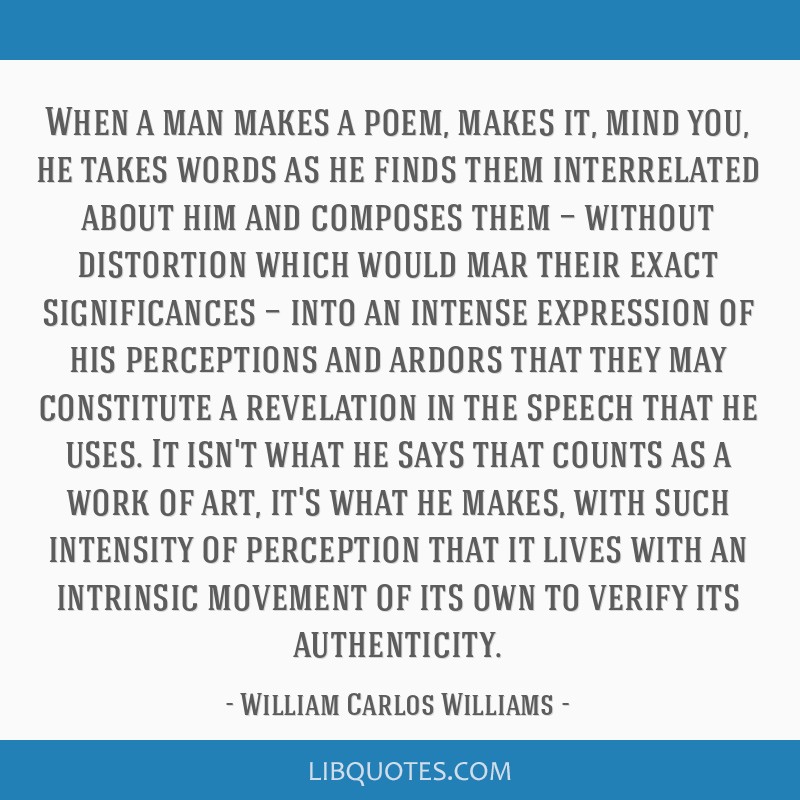 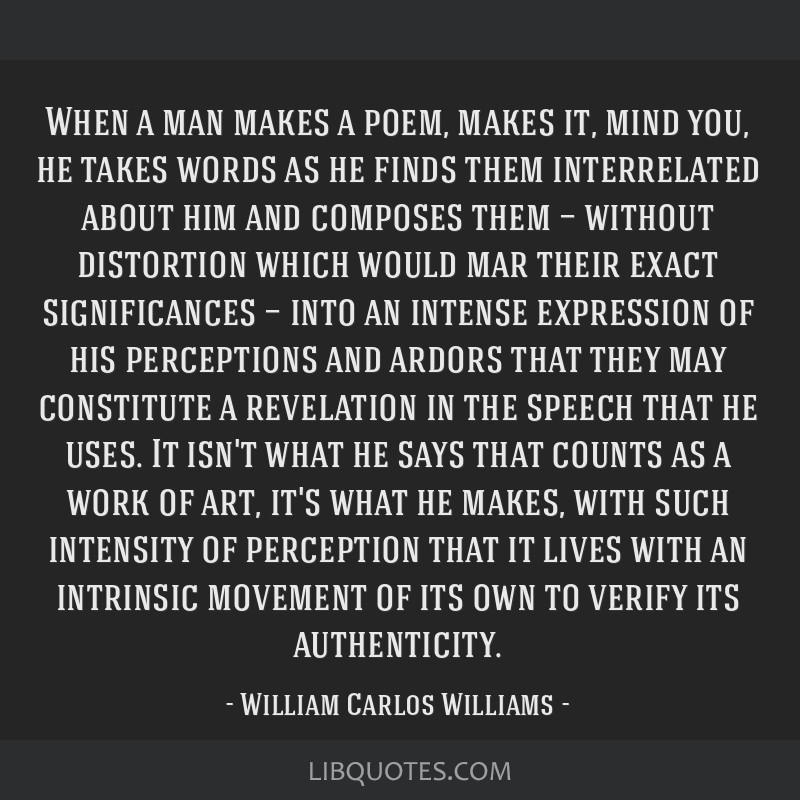 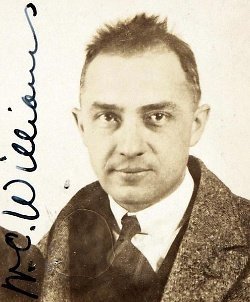