When mining… and other death professions are discussed in feminist publications, they are portrayed as examples of the male power system, as male-only clubs. However, when Ms. Magazine profiled female miners, the emphasis was on how the woman was 'forced' to take a job in the mines because it paid the best, and how taking such a job was the only way she could support her family. 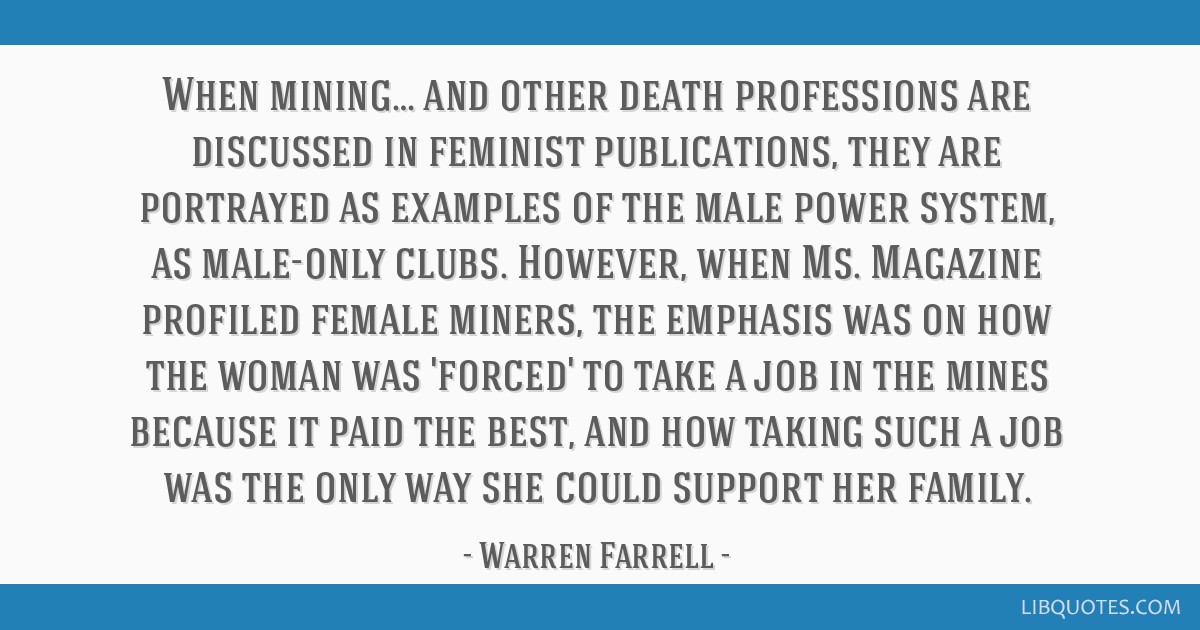 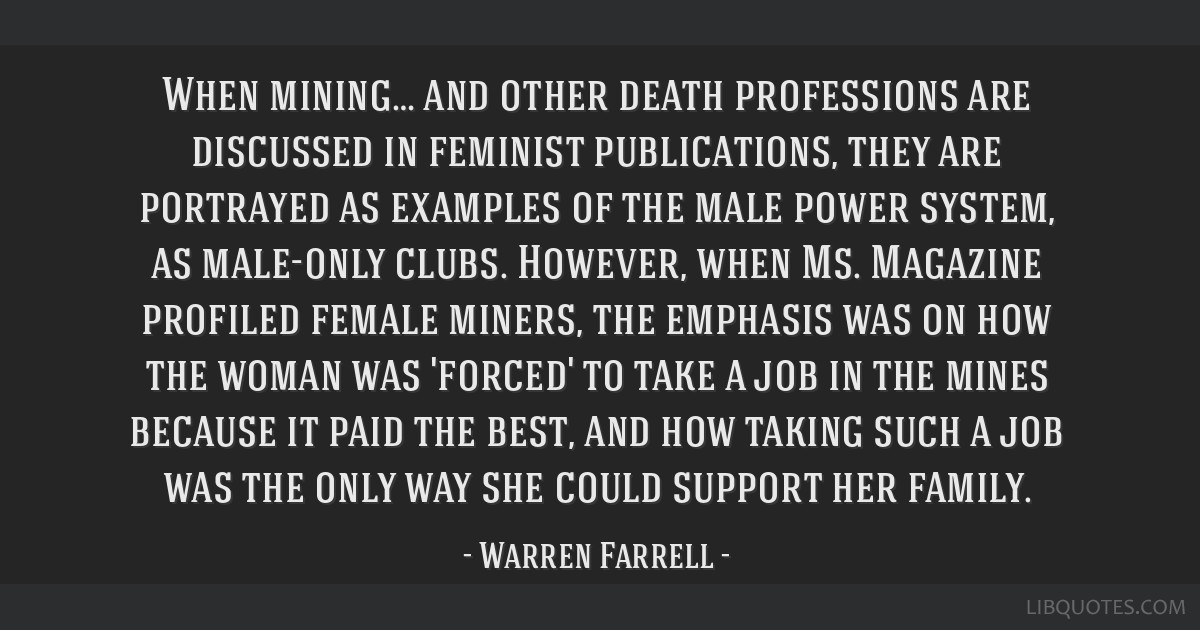 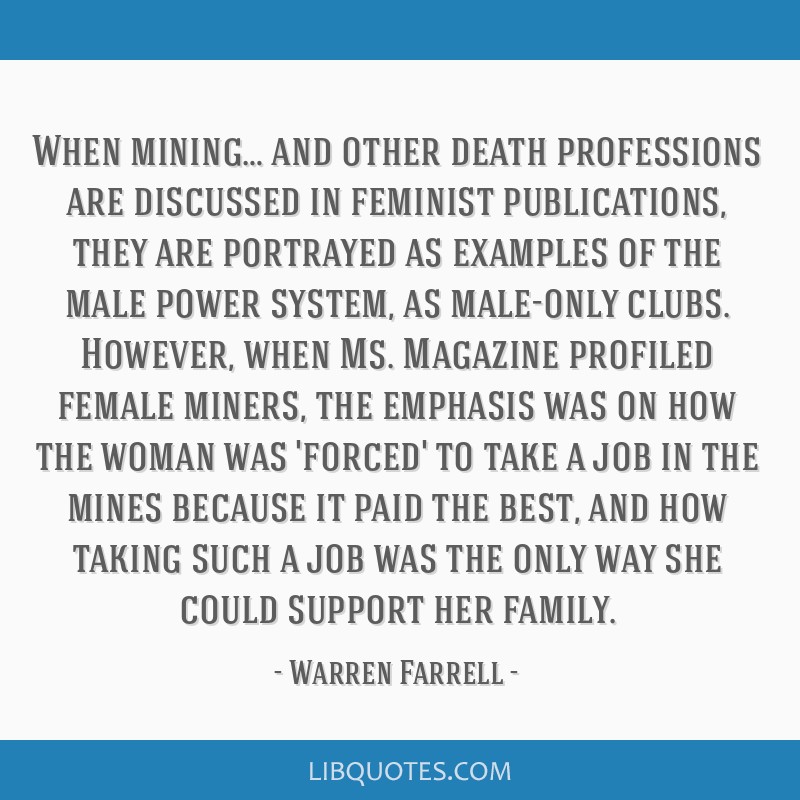 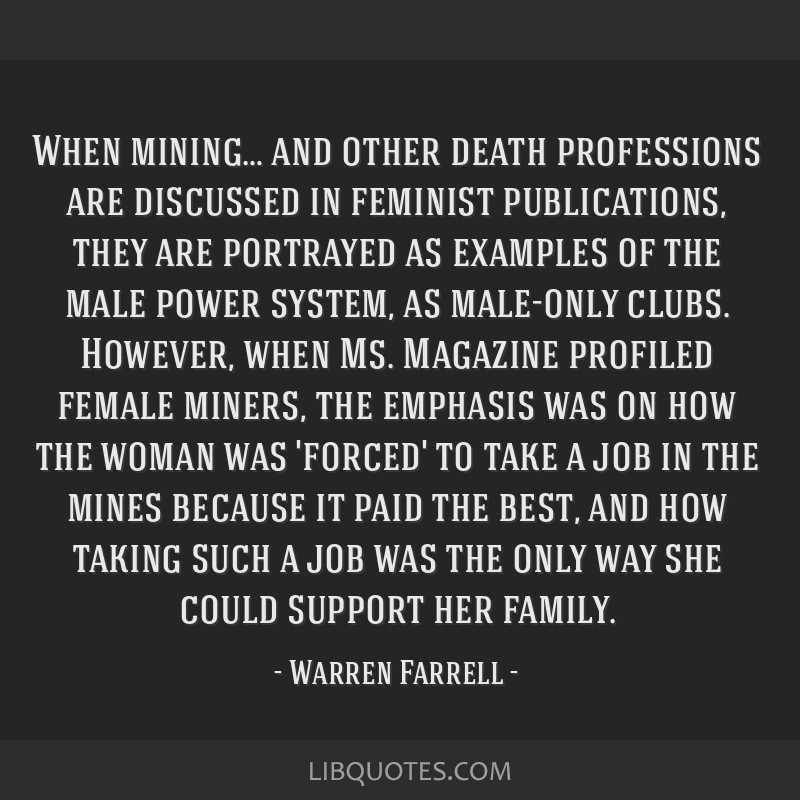 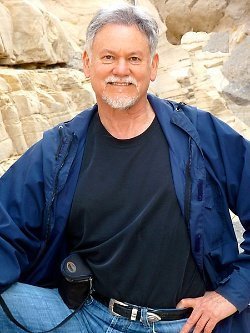