The eye of the yeoman and peasant sought in vain the tall form of old Sir Henry Lee of Ditchley, as, wrapped in his laced cloak, and with beard and whiskers duly composed, he moved slowly through the aisles, followed be the faithful mastiff, or bloodhound, which in old time had saved his master by his fidelity, and which regularly followed him to church. Bevis indeed, fell under the proverb which avers, 'He is a good dog, which goes to church'; for, bating an occasional temptation to warble along with the accord, he behaved himself as decorously as any of the congregation, and returned much edified, perhaps, as most of them. 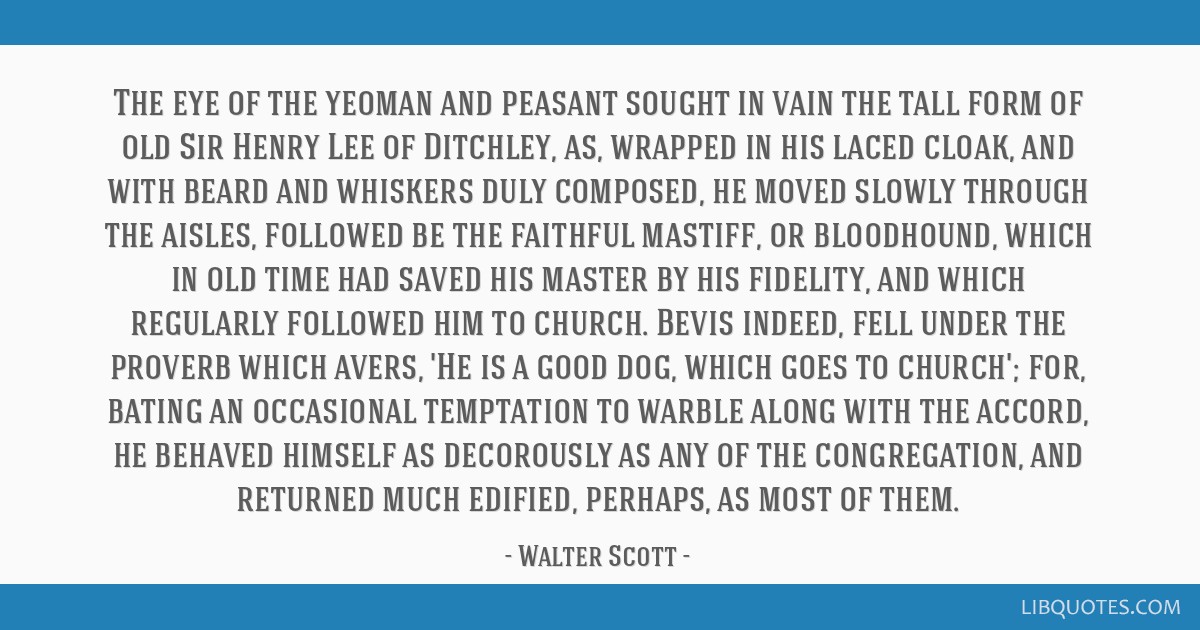 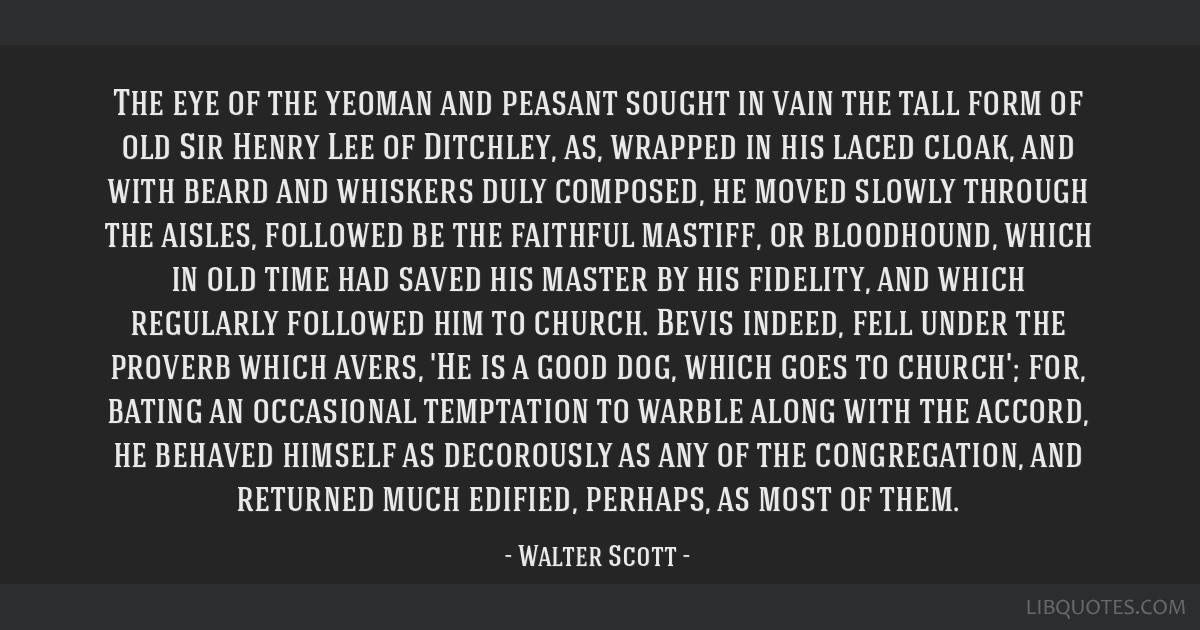 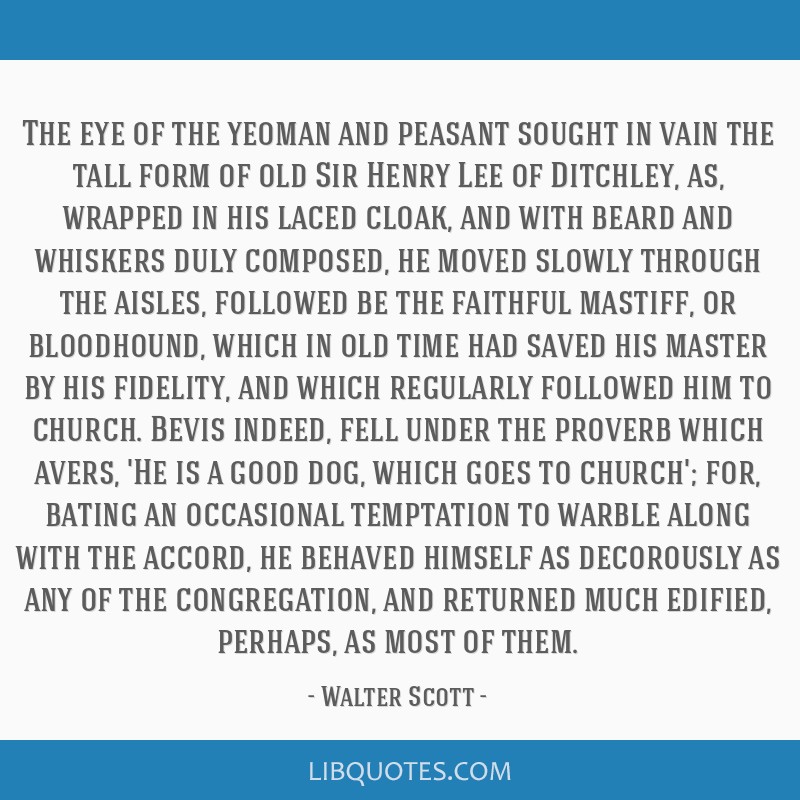 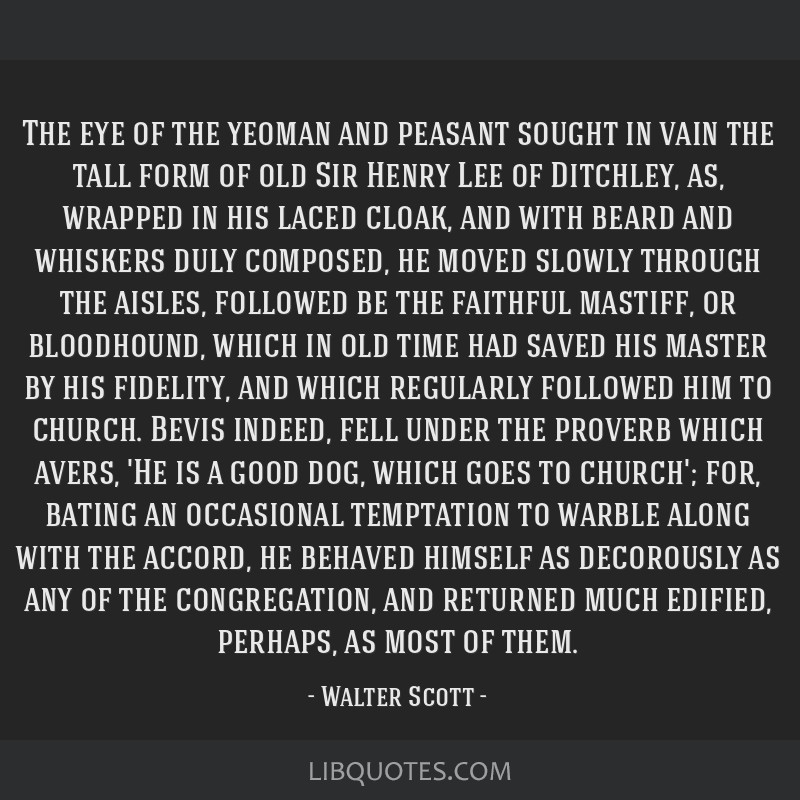 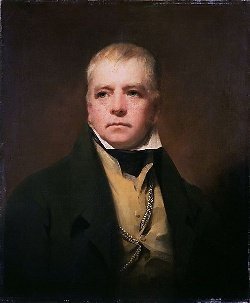