The air currents of the world never ventilated his mind. 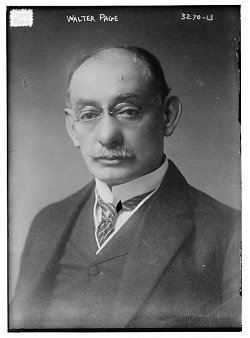 Creative Commons
Born: August 15, 1855
Died: December 21, 1918 (aged 63)
Bio: Walter Hines Page was an American journalist, publisher, and diplomat. He was the United States ambassador to the United Kingdom during World War I.
Known for: