Mr McCain fought in Vietnam. I think that he has enough blood of peaceful citizens on his hands. It must be impossible for him to live without these disgusting scenes anymore. Mr McCain was captured and they kept him not just in prison, but in a pit for several years, Anyone [in his place] would go nuts.

Response to John McCain's tweet "Dear Vlad, The Arab Spring is coming to a neighbourhood near you." 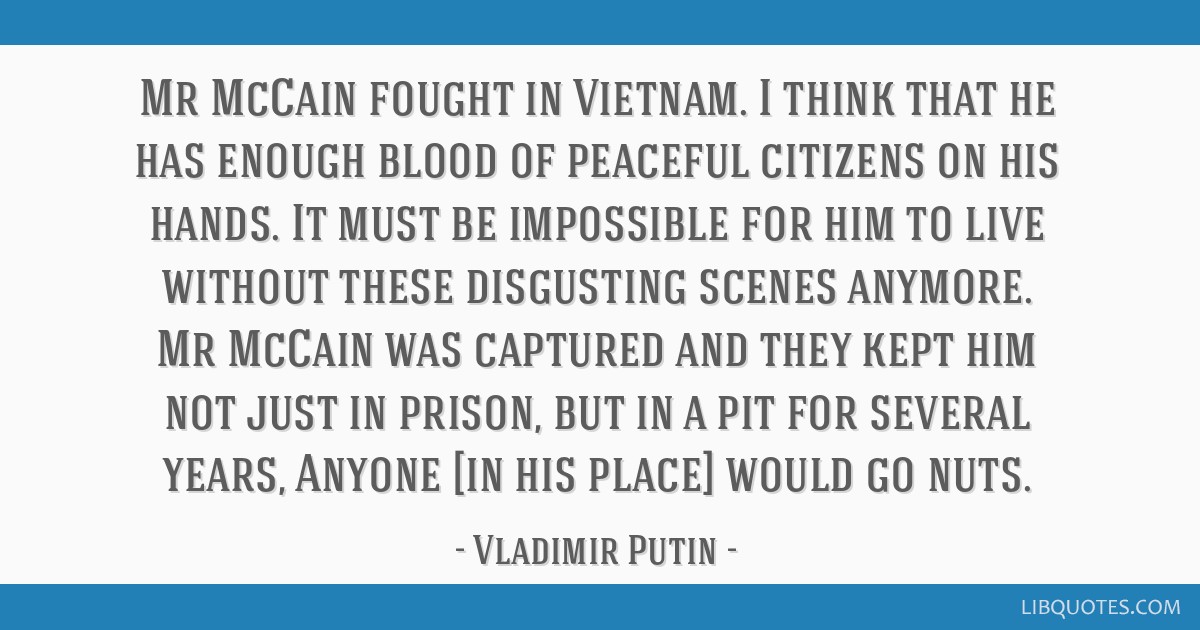 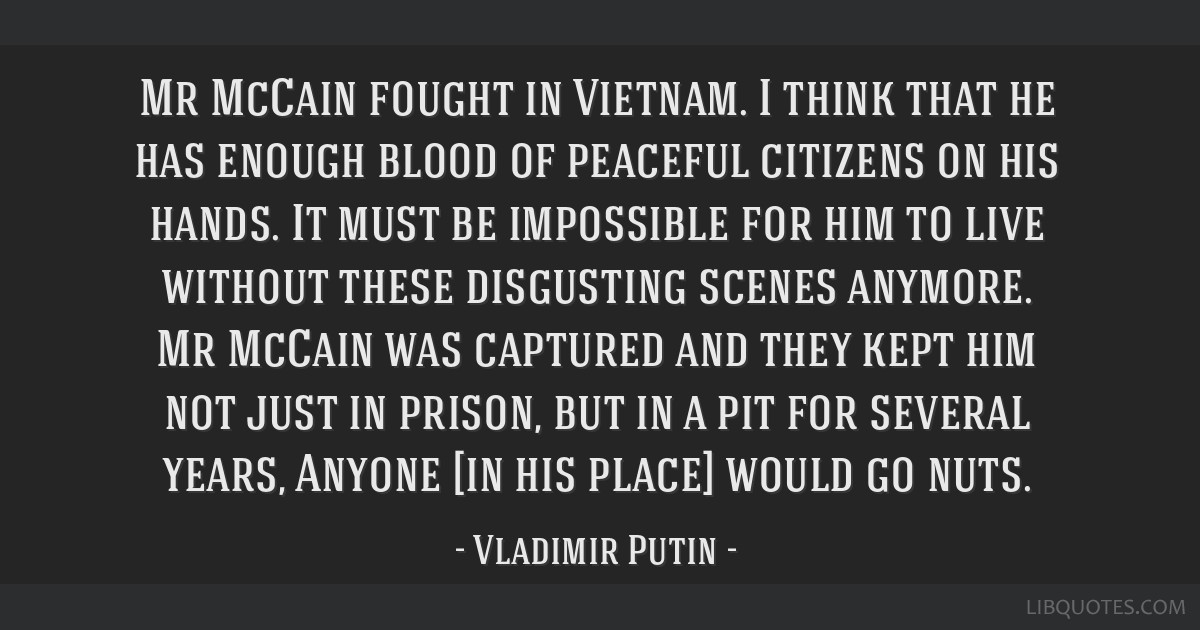 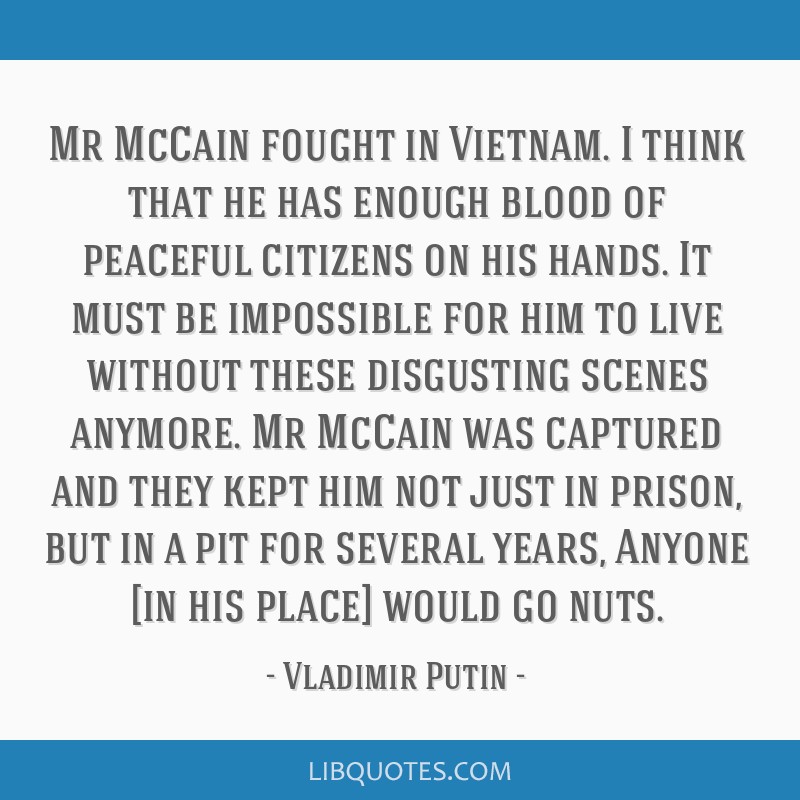 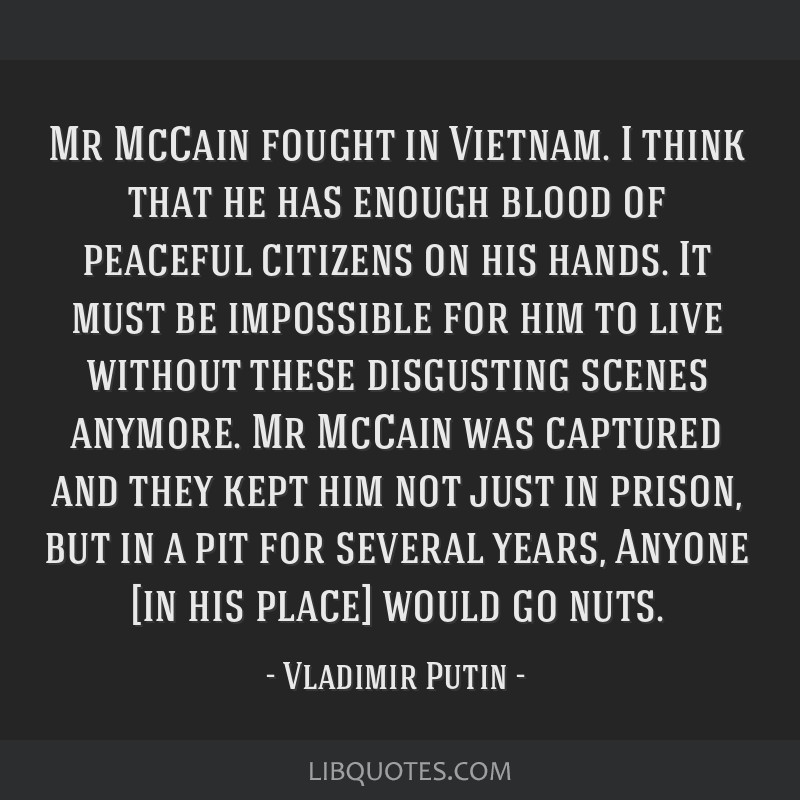