Why don't you meet Osama bin Laden, invite him to Brussels or to the White House and engage in talks, ask him what he wants and give it to him so he leaves you in peace? You find it possible to set some limitations in your dealings with these bastards, so why should we talk to people who are child-killers? No one has a moral right to tell us to talk to childkillers.

In response to those who called Putin to enter talks with Chechen separatists after the Beslan school hostage crisis, in September 2004 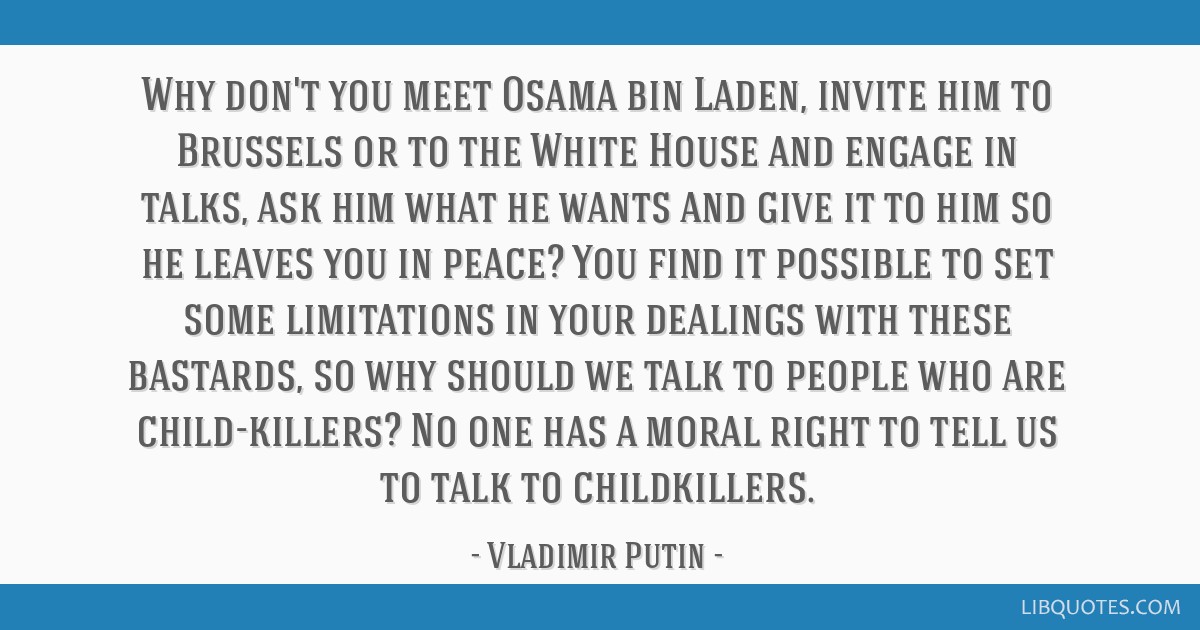 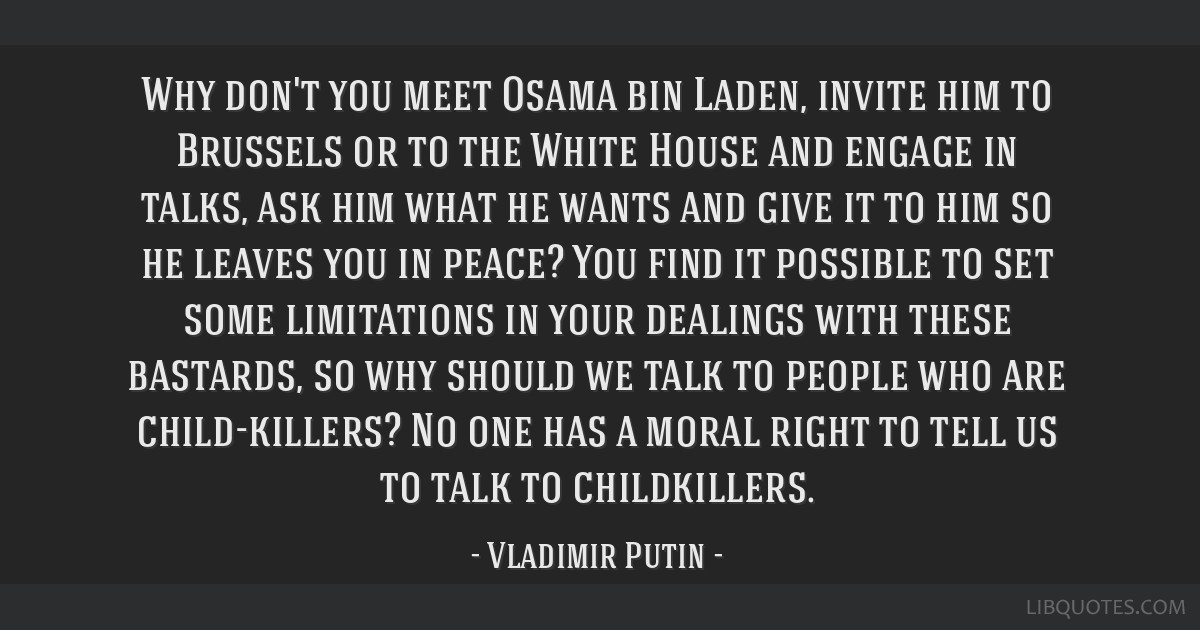 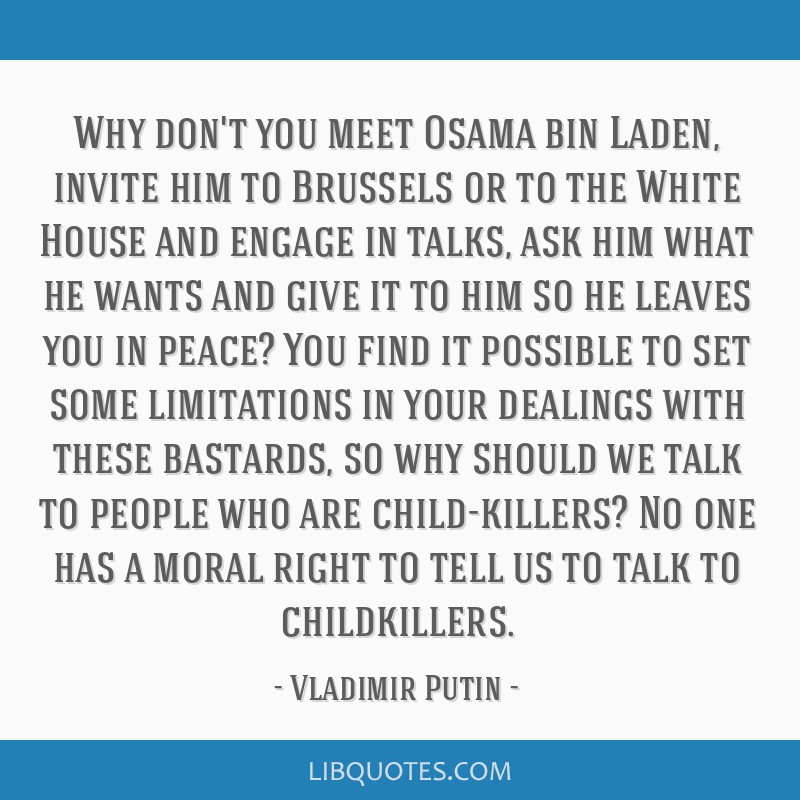 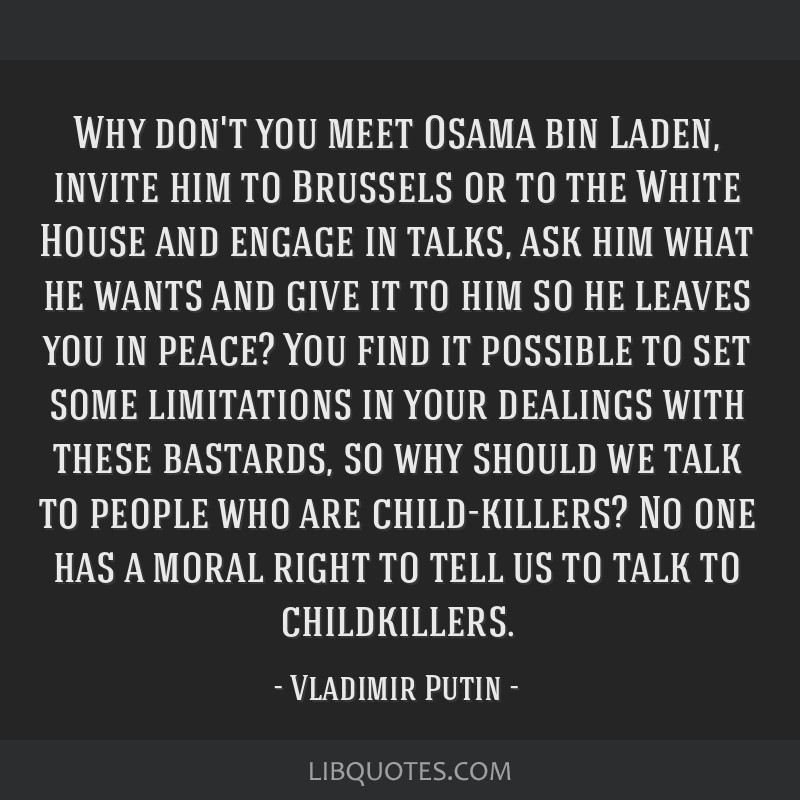