We are not for Assad, neither for his opponents, We want to achieve the situation where the violence ends and there won't be large-scale civil war. How many of peaceful people were killed by so-called militants? Did you count? There are also hundreds of victims. What is happening in Libya, in Iraq? Did they become safer? Where are they heading? Nobody has an answer.

Regarding a statement by Francois Hollande of "the need for Assad to leave". (June 1, 2012) 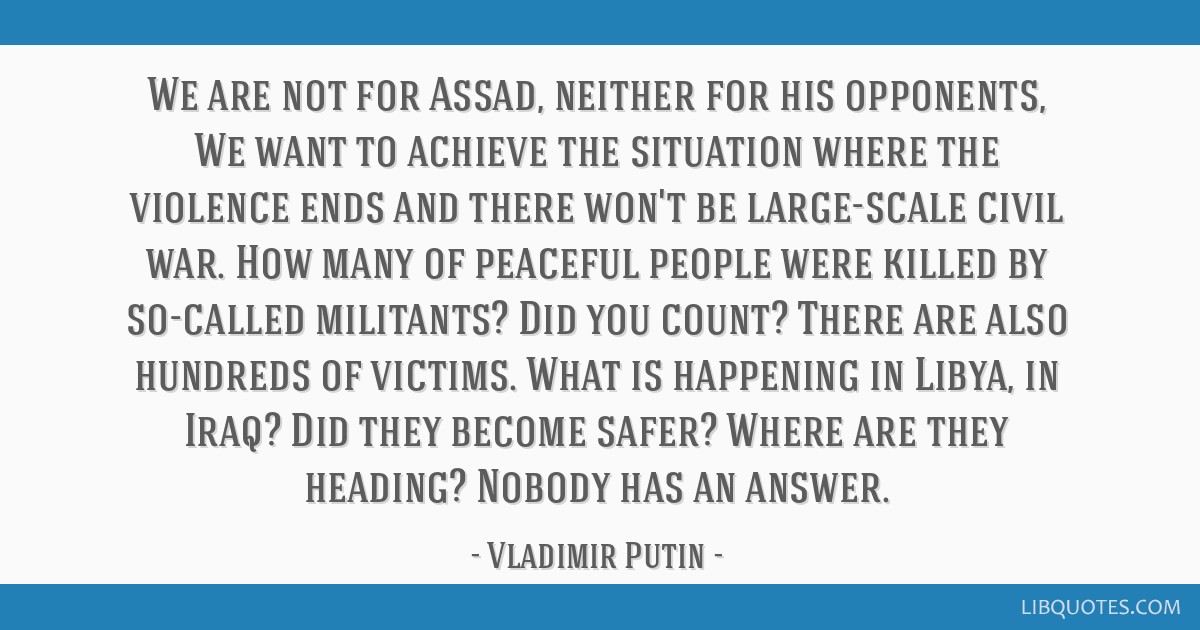 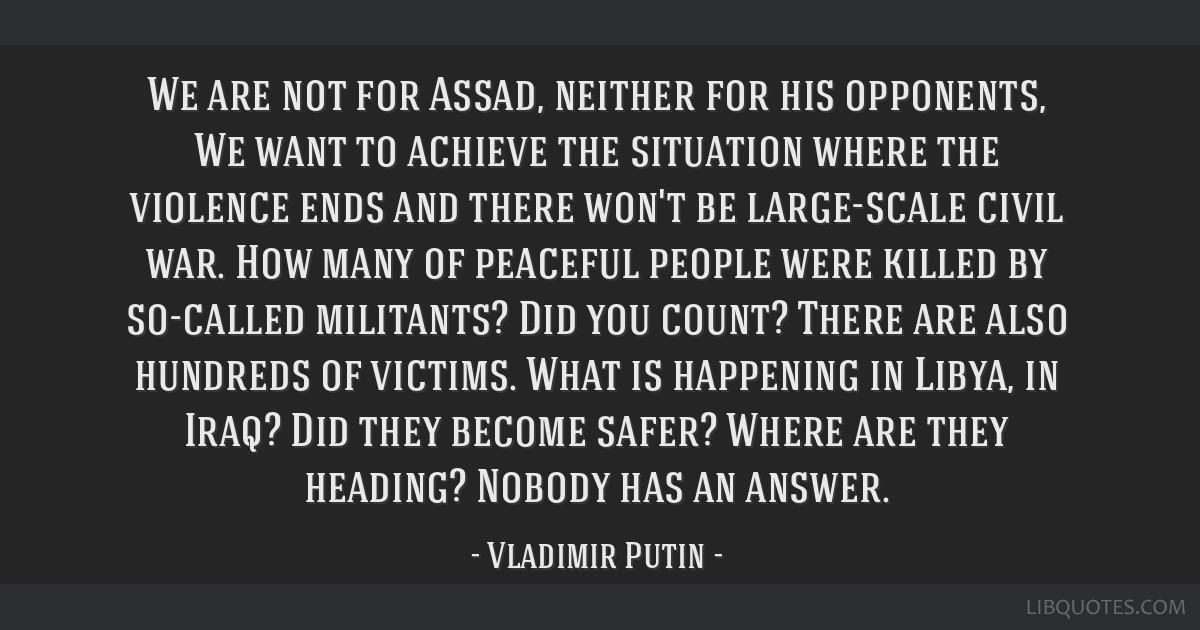 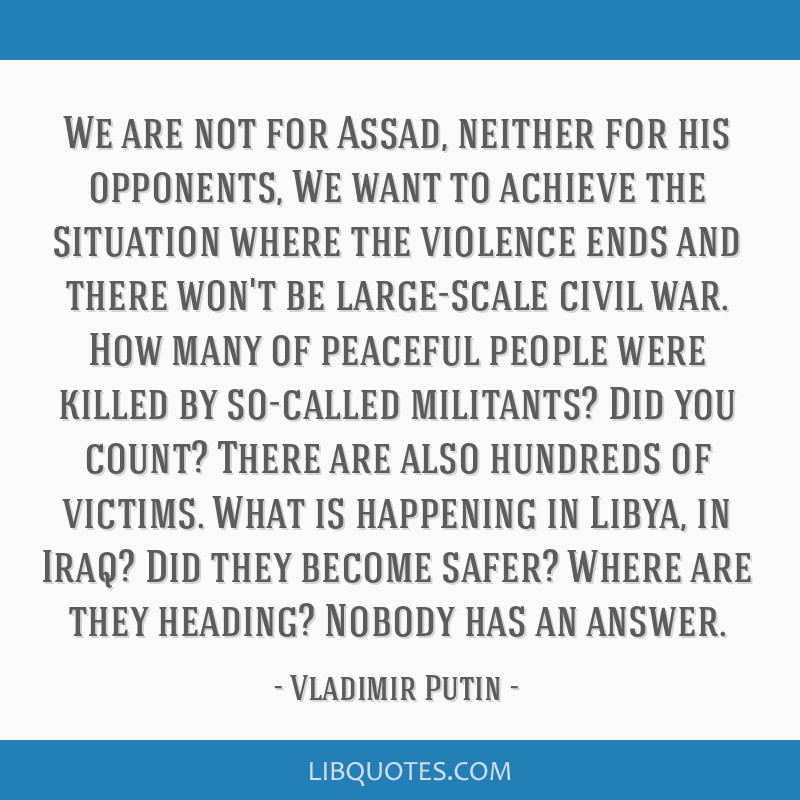 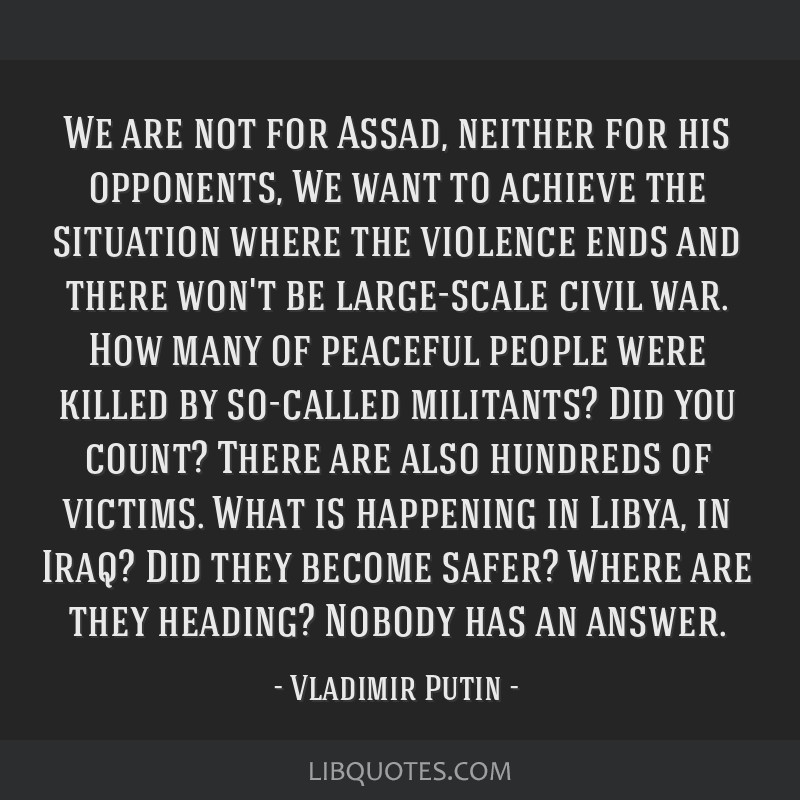