Throughout the civilised world the teachings of Marx evoke the utmost hostility and hatred of all bourgeois science (both official and liberal), which regards Marxism as a kind of pernicious sect. And no other attitude is to be expected, for there can be no impartial social science in a society based on class struggle. In one way or another, all official and liberal science defends wage-slavery, whereas Marxism has declared relentless war on that slavery. To expect science to be impartial in a wage-slave society is as foolishly naïve as to expect impartiality from manufacturers on the question of whether workers' wages ought not to be increased by decreasing the profits of capital.

The Three Sources and Three Component Parts of Marxism (March 1913) 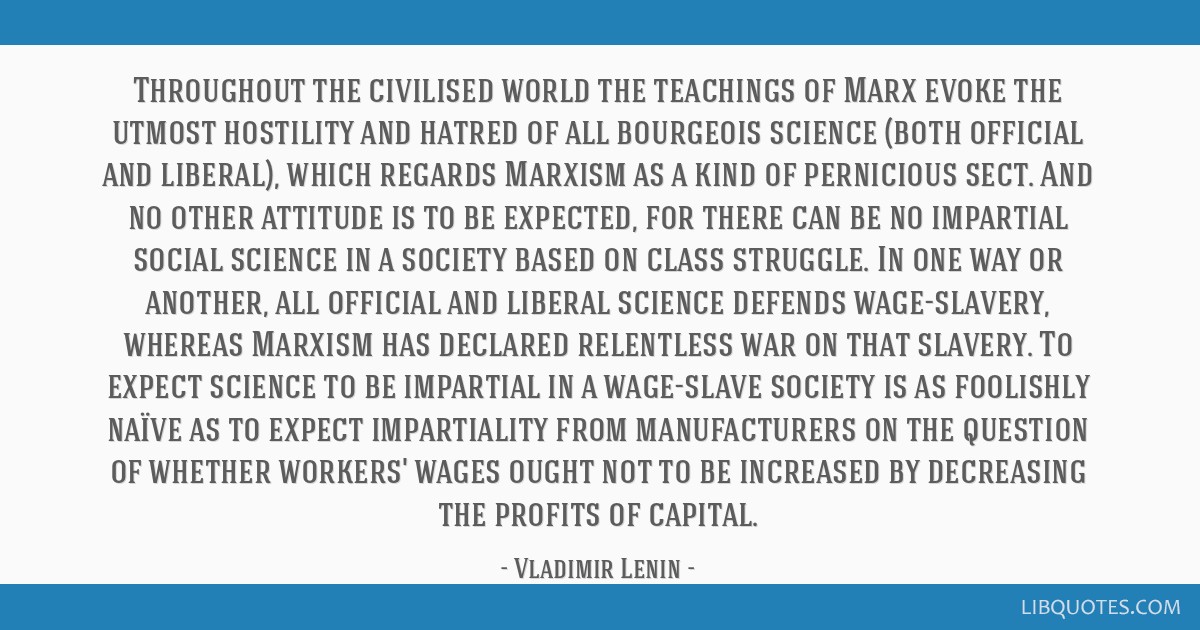 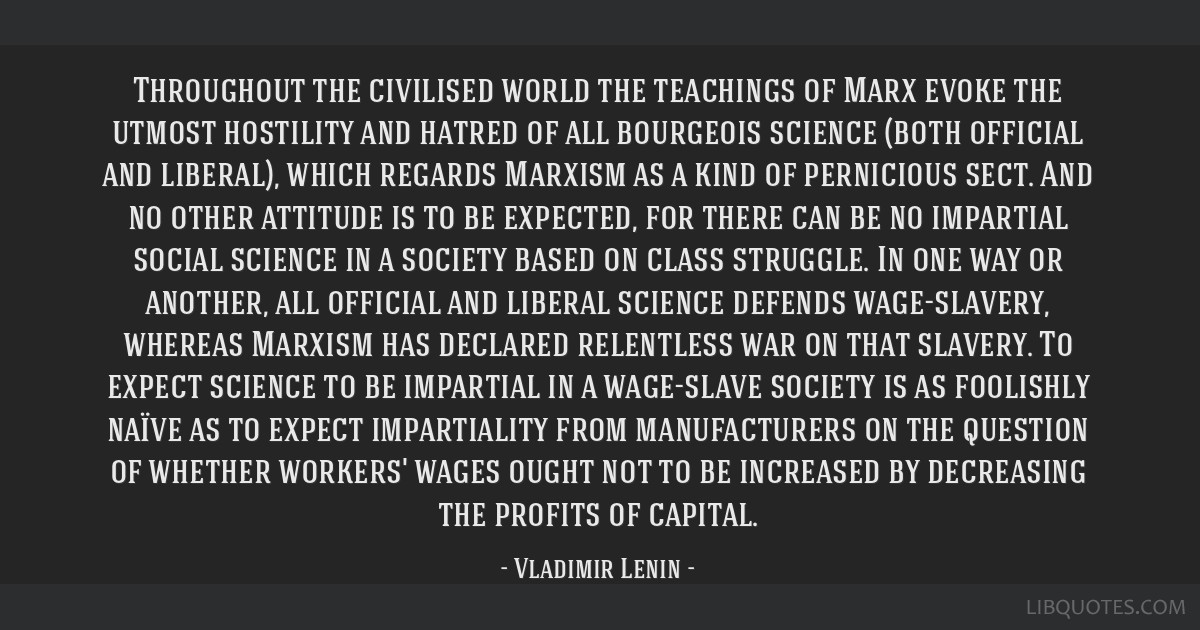 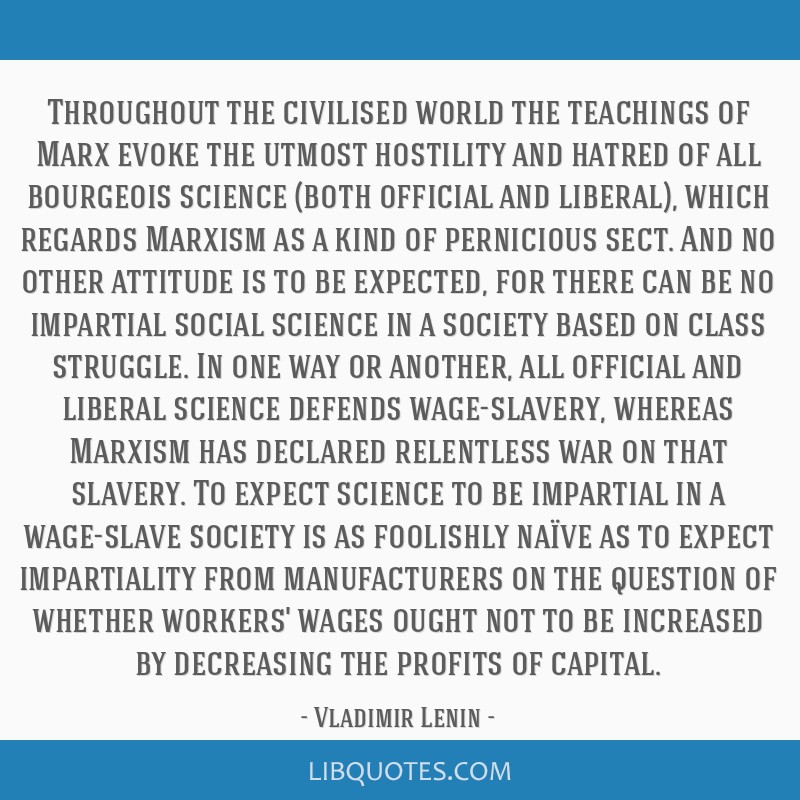 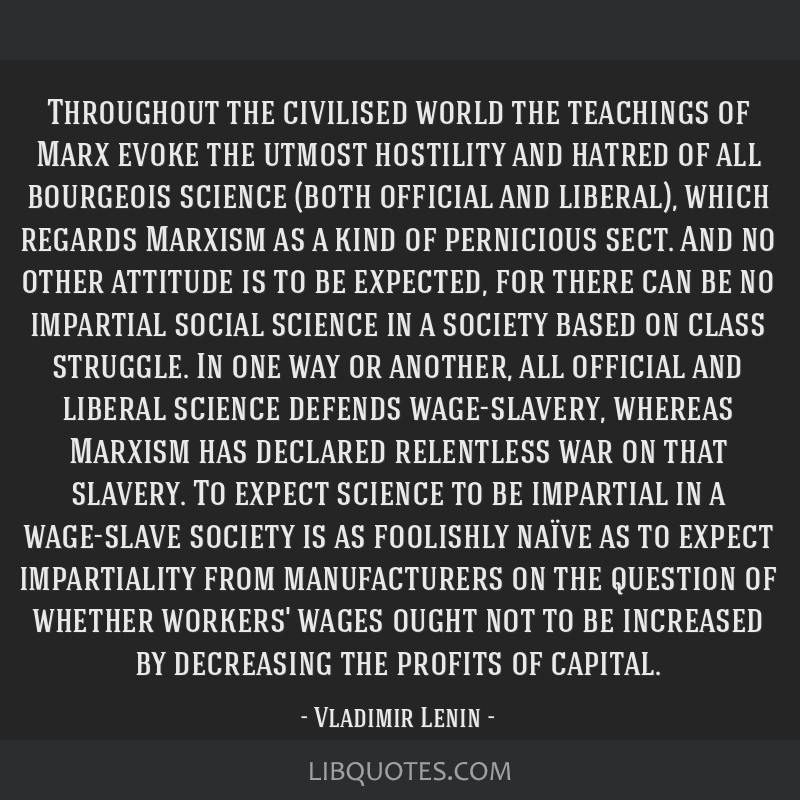