But perhaps they were thrown off by my playing style, which was intuitive-and perhaps a little influenced by Vodka. I ran away with the match early. The result was overwhelmingly in my favour: four winds, five draws and only one loss –an annihilation. The Russians were stunned. I was pretty surprised myself.

On his match against Alexey Dreev held at Chennai in 1991. page=291. - Reimagining India: Unlocking the Potential of Asia's Next Superpower 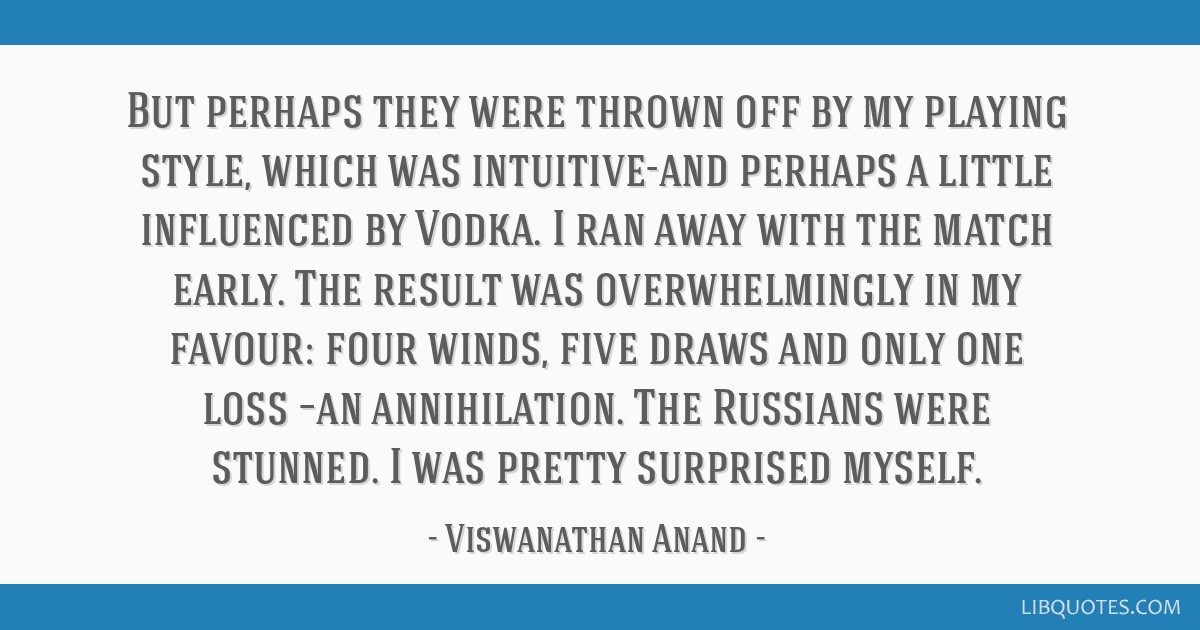 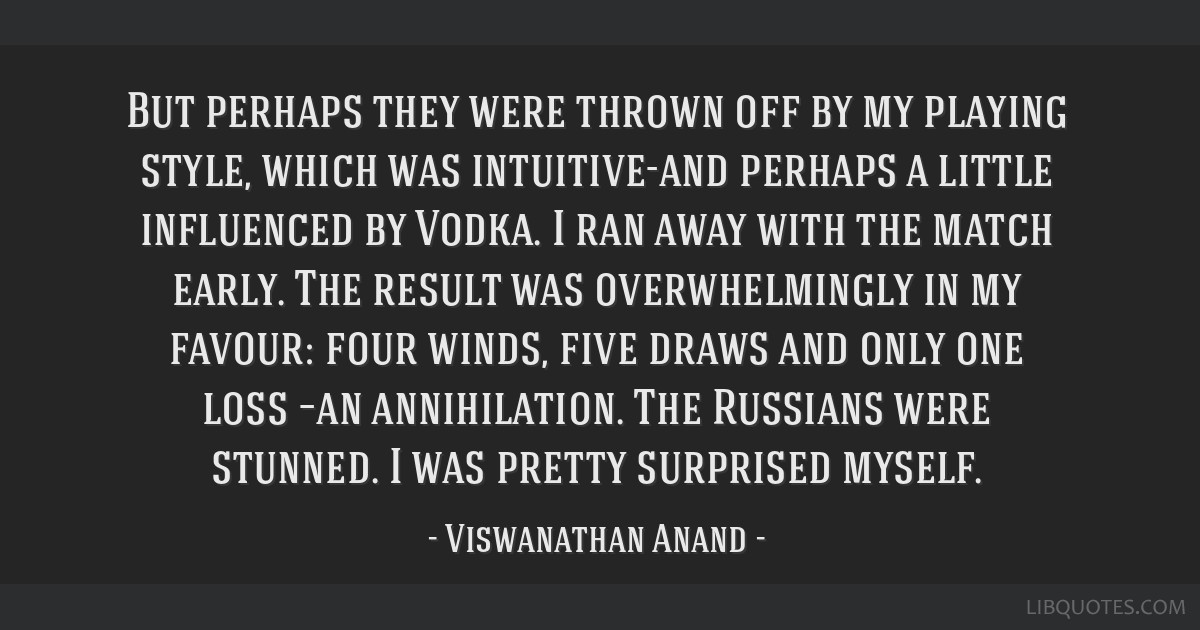 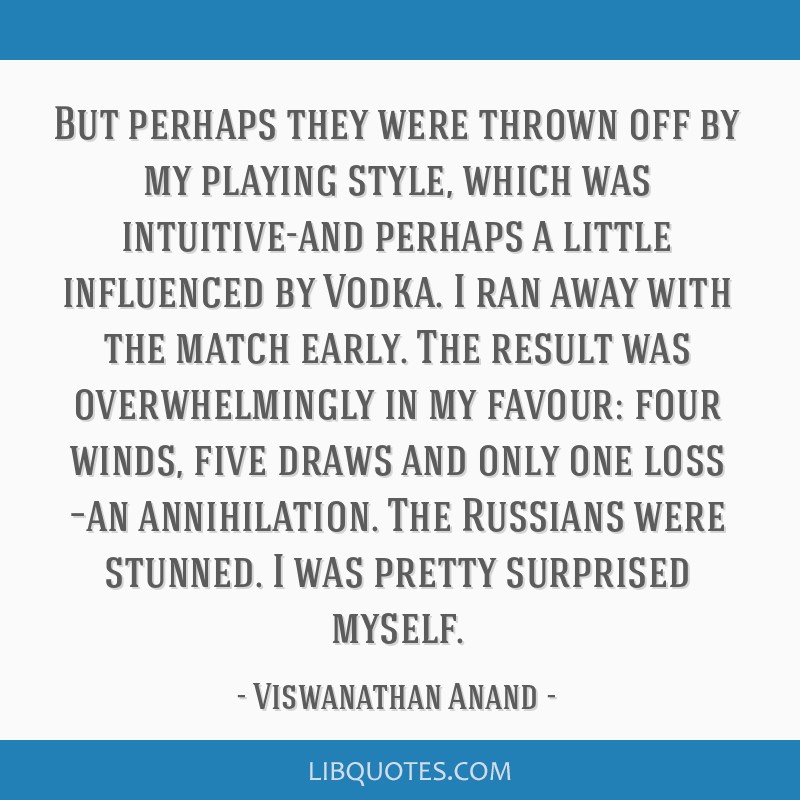 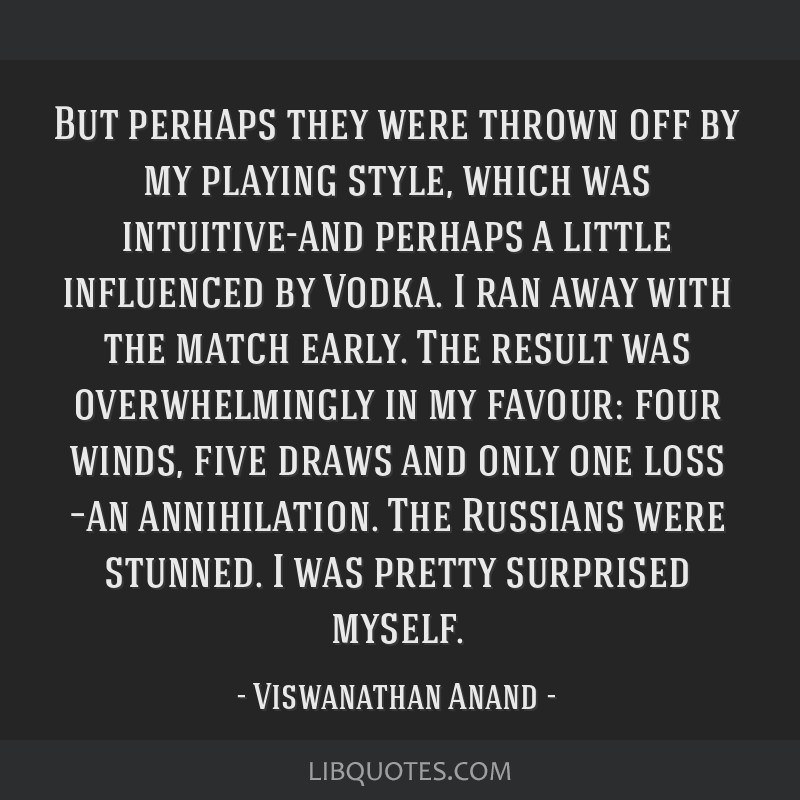 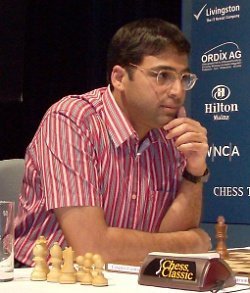