Santo Domingo is fertile, and upon its soil may be grown just those tropical products of which the United States use so much, and which are produced or prepared for market now by slave labor almost exclusively, namely, sugar, coffee, dyewoods, mahogany, tropical fruits, tobacco, etc. About 75 per cent of the exports of Cuba are consumed in the United States. A large percentage of the exports of Brazil also find the same market. These are paid for almost exclusively in coin, legislation, particularly in Cuba, being unfavorable to a mutual exchange of the products of each country.

Eighth State of the Union Address (1876) 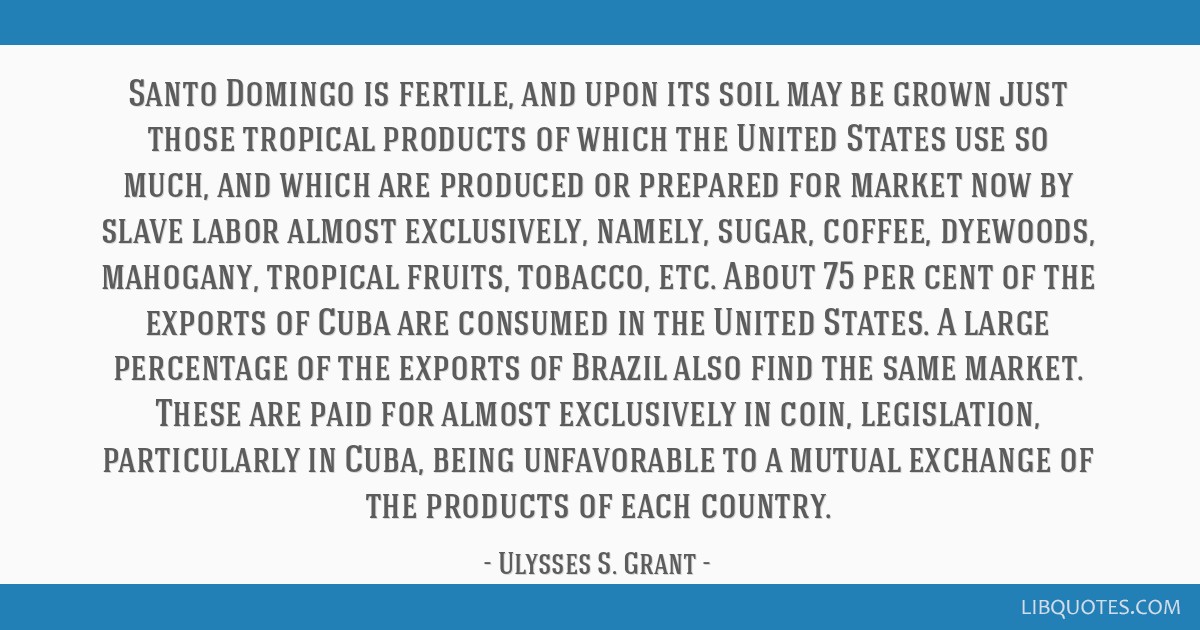 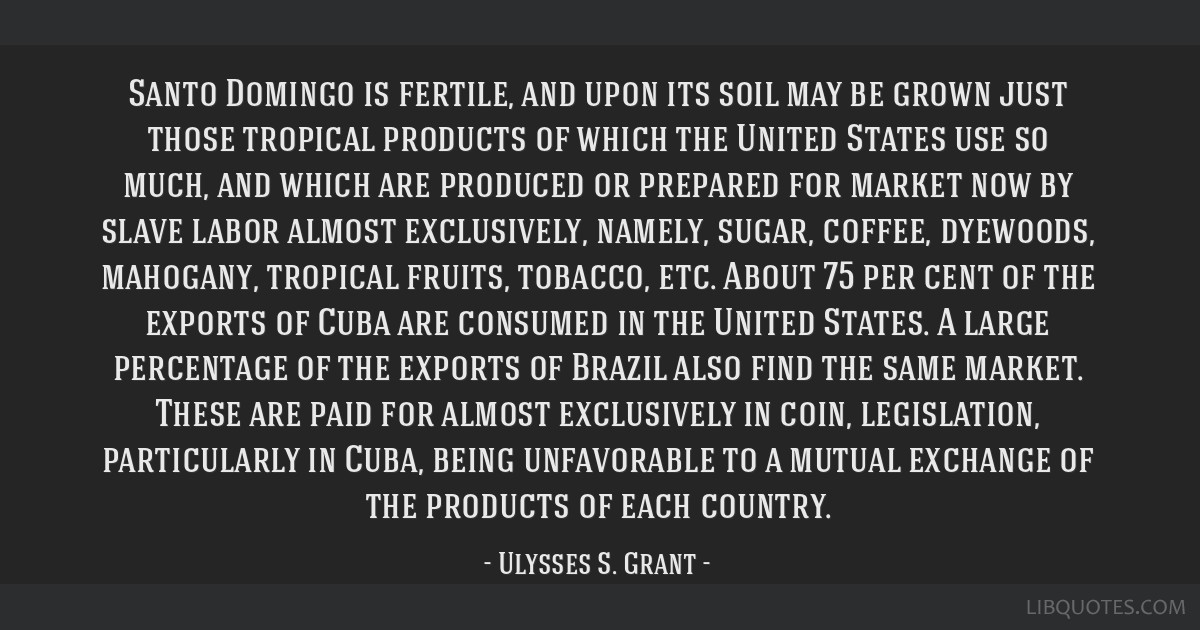 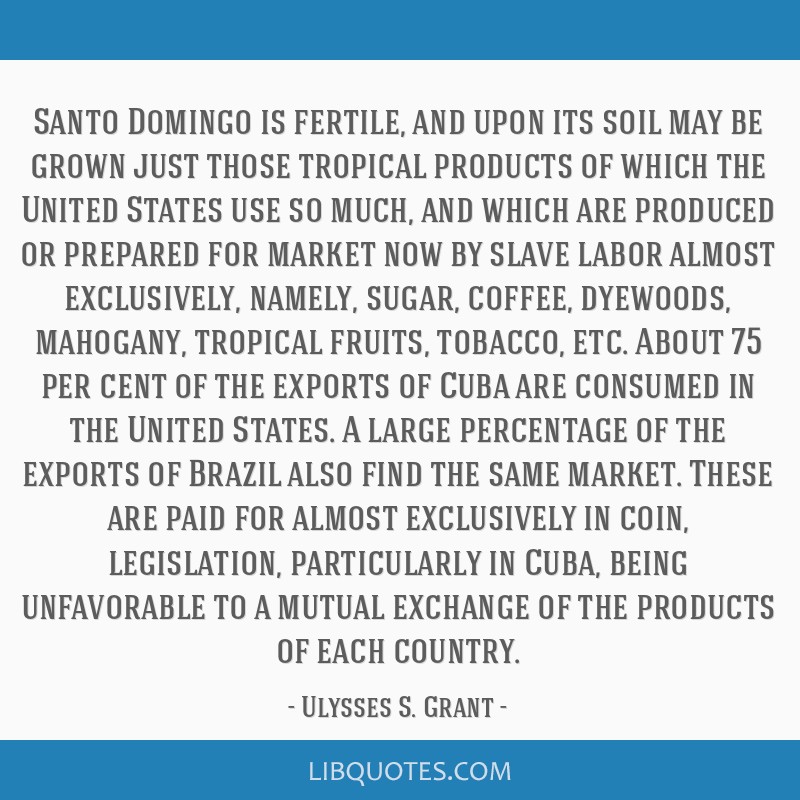 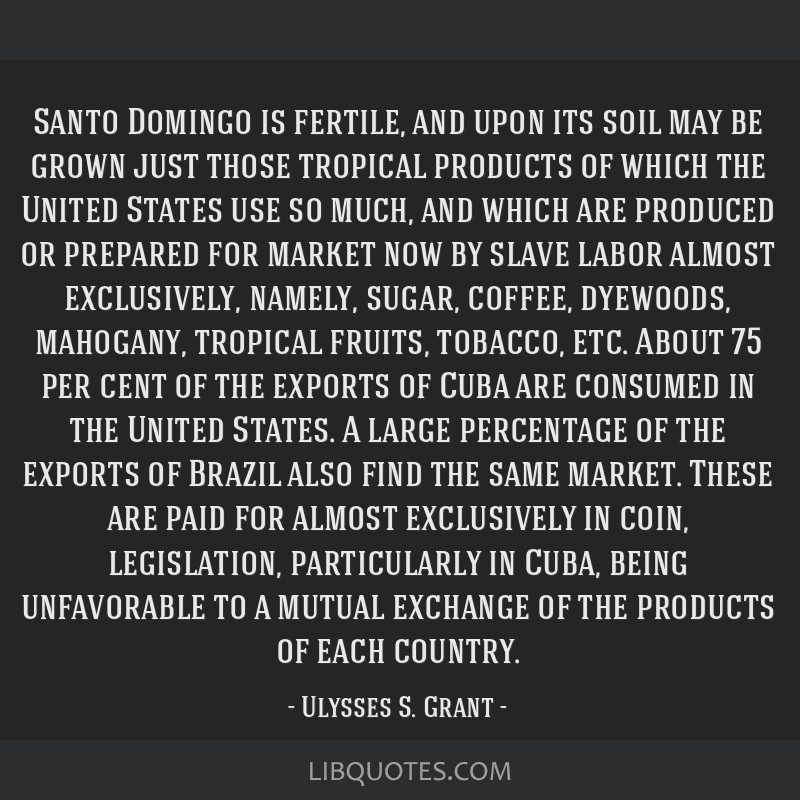