I feel no inclination to retaliate for the offences of irresponsible persons; but if it is the policy of any General intrusted with the command of troops to show no quarter, or to punish with death prisoners taken in battle, I will accept the issue. It may be you propose a different line of policy towards black troops, and officers commanding them, to that practiced towards white troops. So, I can assure you that these colored troops are regularly mustered into the service of the United States. The Government, and all officers under the Government, are bound to give the same protection to these troops that they do to any other troops.

Regarding Confederate executions of captured Union prisoners of war at Milliken's Bend by hanging. - Letter to Richard Taylor (1863) 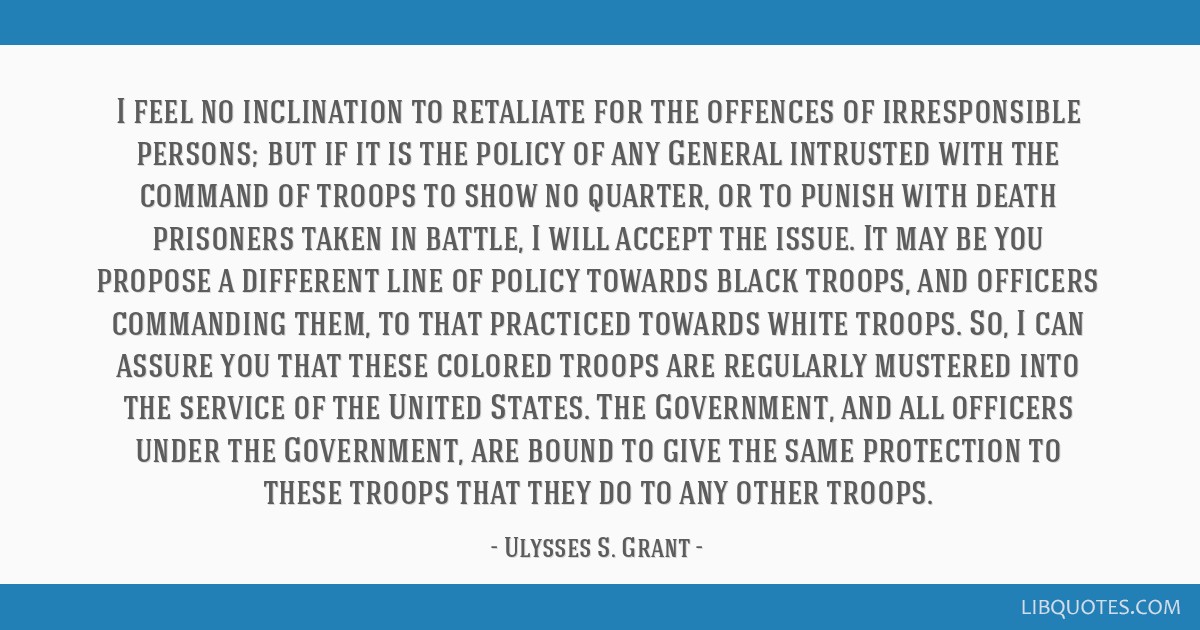 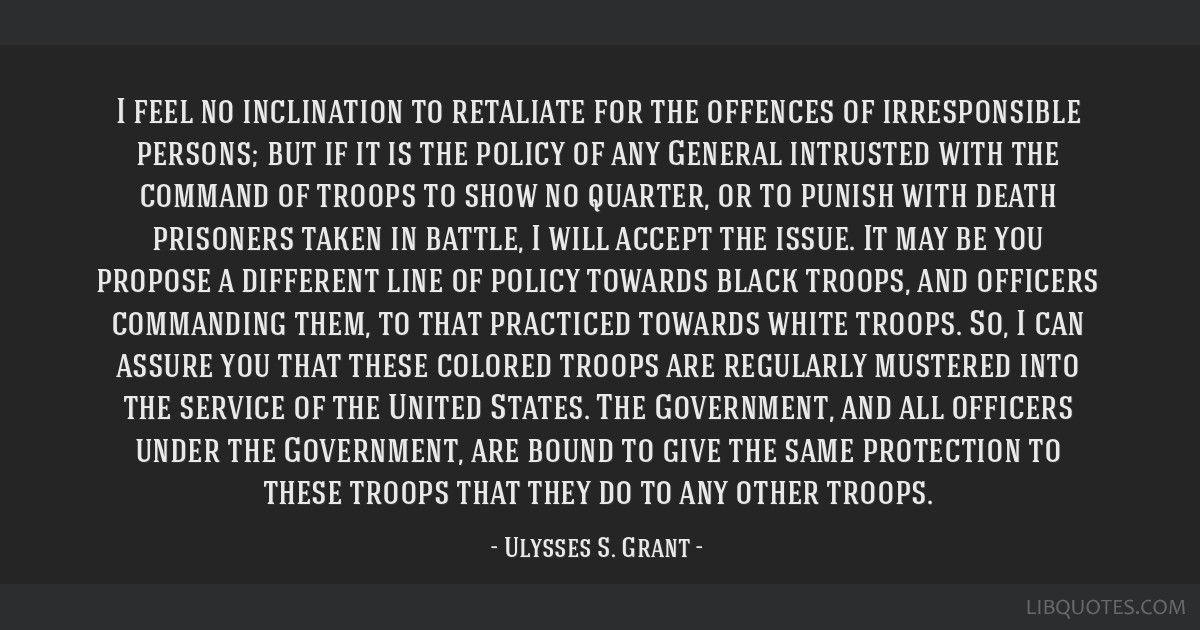 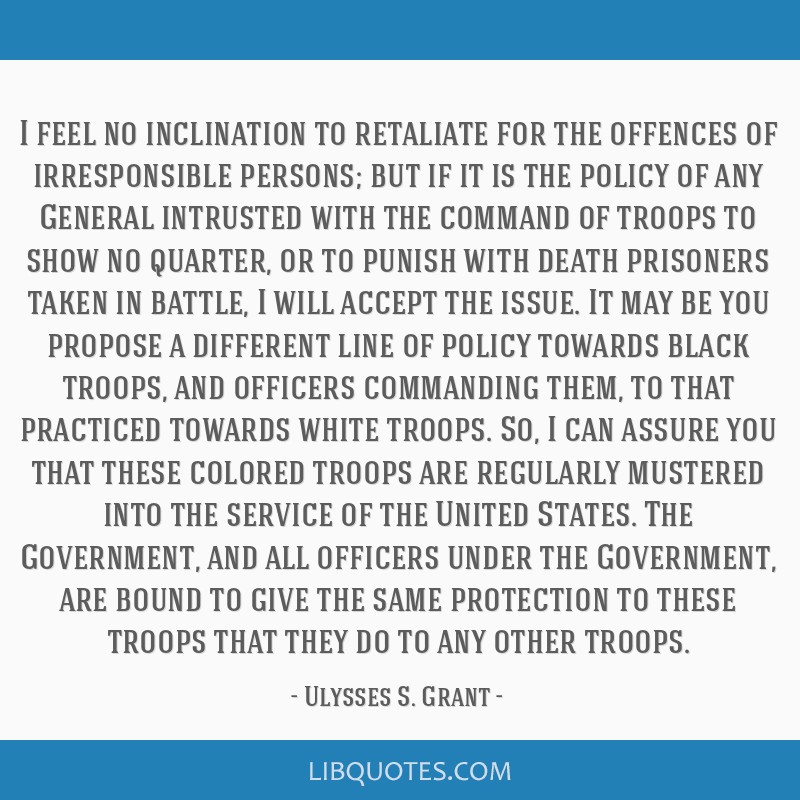 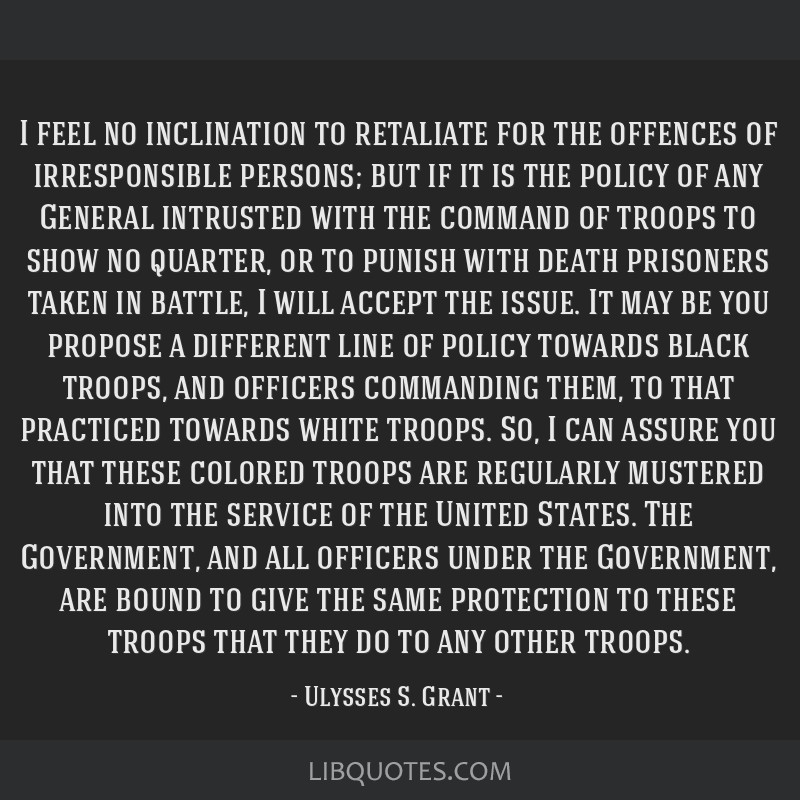