As soon as slavery fired upon the flag it was felt, we all felt, even those who did not object to slaves, that slavery must be destroyed. We felt that it was a stain to the Union that men should be bought and sold like cattle. 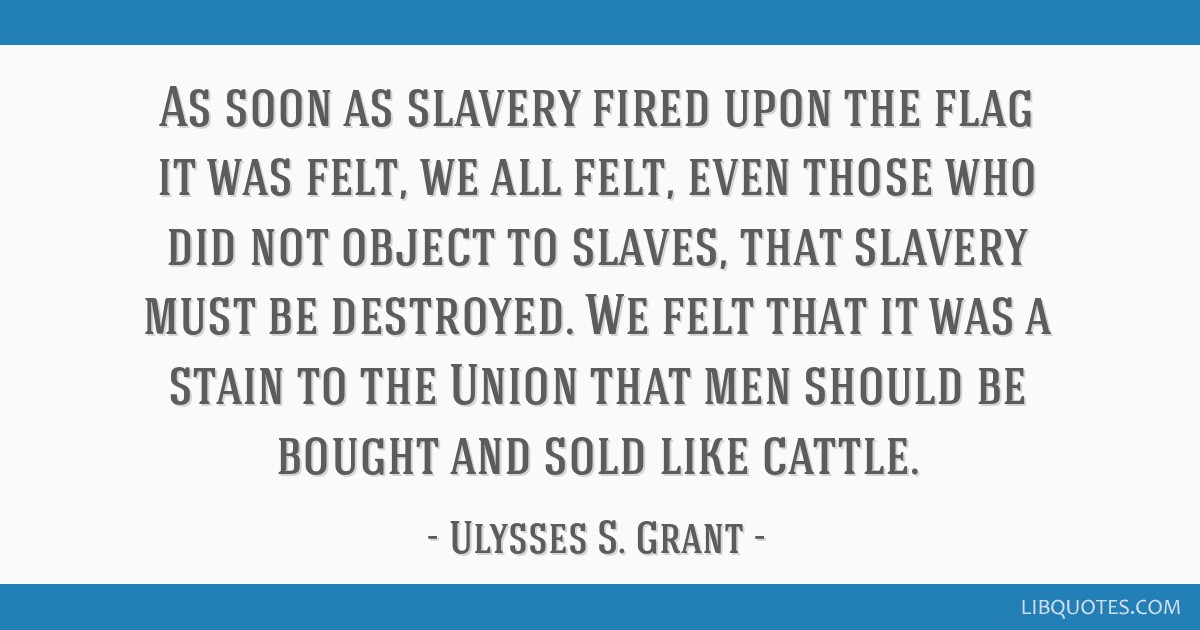 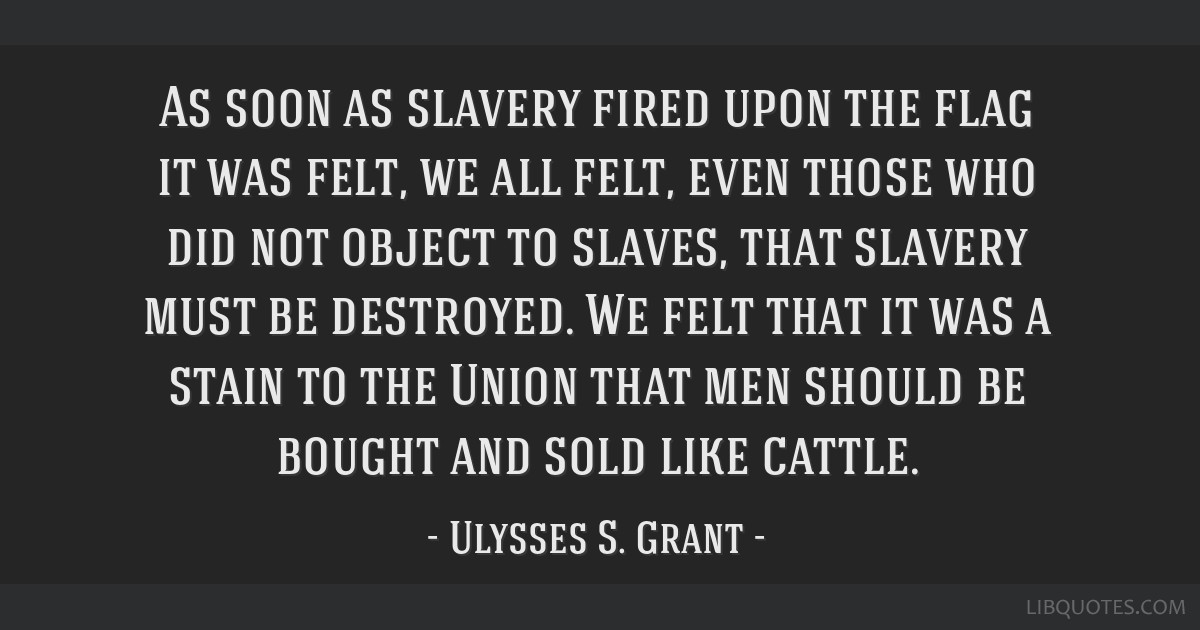 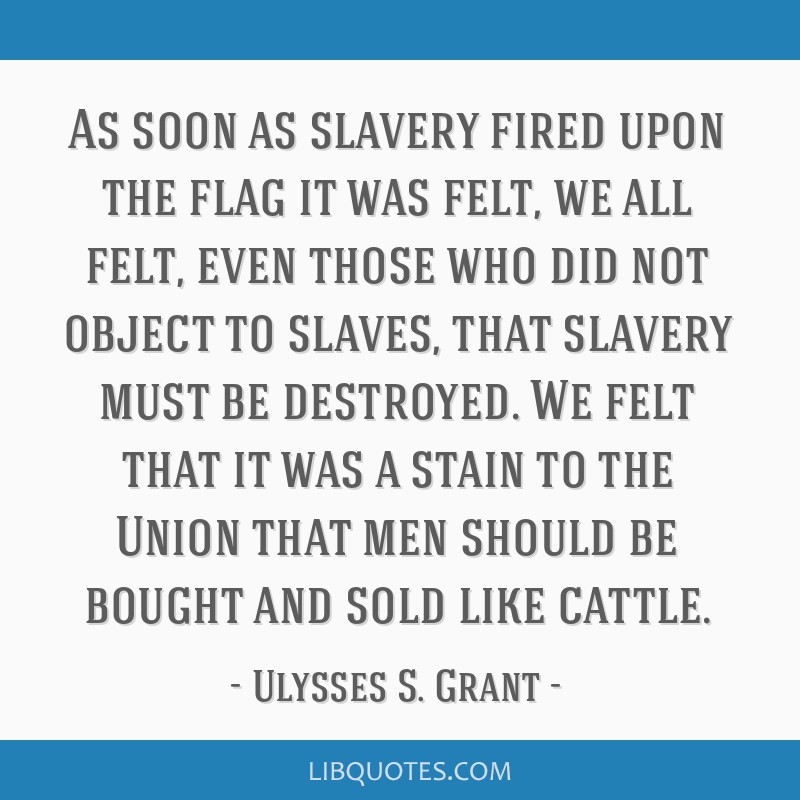 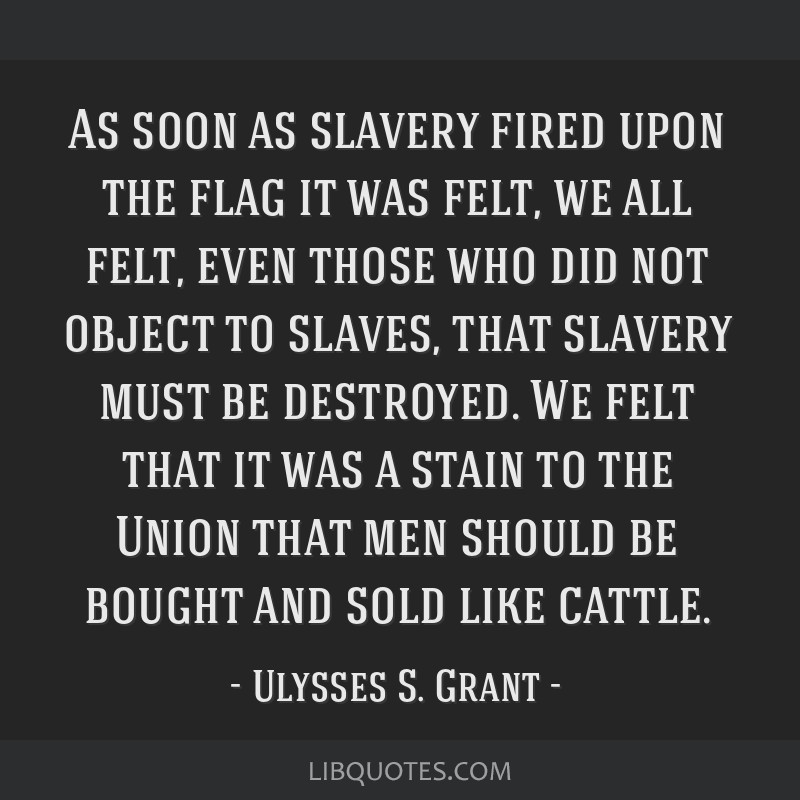